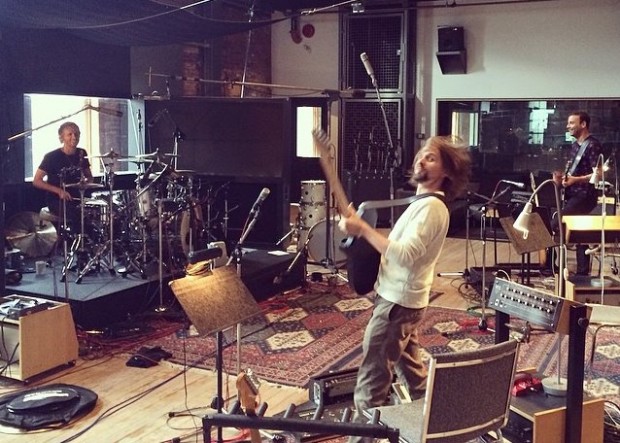 British superstar rockers MUSE are officially back at work, recording their anticipated seventh studio album. The band freshly started a new Instagram account which also featured the first couple of pictures from the recording sessions as well as a short clip of Matthew Bellamy playing an energetic guitar solo. Unfortunately the guitar track isn’t audible.

Details on when exactly in 2015 to expect the official follow-up to The 2nd Law are still missing but we’re pretty sure to see more photos and clips in the near future. And as you are already on Instagram don’t forget to follow NOTHING BUT HOPE AND PASSION right there as well. Take a look on the new MUSE visuals right here.

Listening to some FAT bass distortion.

The guitar amp is in another room…