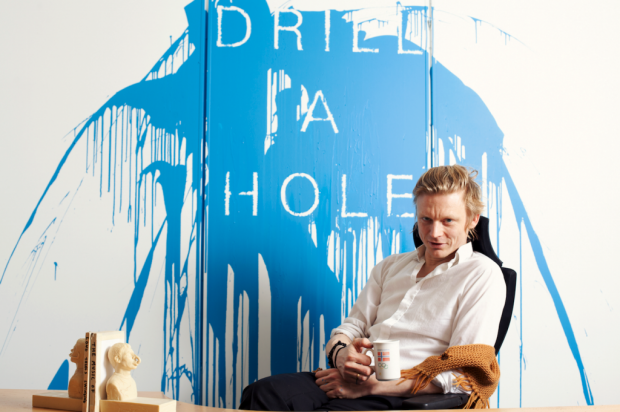 NEW WORLD VULTURE is the new group by Norwegian artist and performer Kyrre Bjørkås. Educated at The Academy of Fine arts in Oslo, Bjørkås has worked internationally with sound, video and installation art for galleries, theatres and venues since more than ten years. He has previously been involved in several art collectives, as par ex the legendary Det är Jag som är döden. Now NOTHING BUT HOPE AND PASSION premieres Drill A Hole, the first single by NEW WORLD VULTURE. Enjoy it below!

On the song Kyrre Bjørkås says:

You may say that NEW WORLD VULTURE produces a kind of spiritual kitchen psychedelia for everyday use. ‘Drill a Hole’ is not a bad example as such. The way I see it the song is pretty straight forward about its goals. It wants what it sings: To be a mover and a shaker and a driller of holes