Sound of the Night: Nuoli – ‘My Curse Is My Mind’ 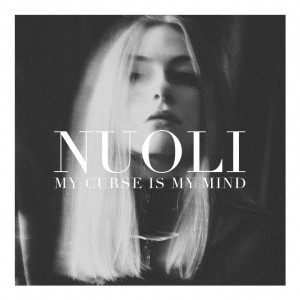 Stockholm based singer and producer NUOLI Hultman is worth mentioning and supporting for two reasons. First, her music is a dizzy sonic pleasure as you can hear in My Curse Is My Mind below. Second, NUOLI shows courage not only in the way she uses hear swirling voice but also by incorporating clear political statements into her songs.

NUOLI expresses her frustration towards political and social issues with her music. She wants the listener to stand up against inequality, prejudice and injustice especially when it comes to gender, sexism and violence against women and sexual identities.

Her debut single My Curse Is My Mind faces the inner battle between the imprisoned person that the society is trying to create and the free person that one really is. It’s a haunting, airy piece of drumbeats, guitars and NUOLI‘s voice that is as hard to categorize as the cryptical recurring title of the song.

My Curse Is My Mind will be available for sale and download on Sunday 20th April. Listen to it below.