Owen Pallett releases new videos ‘On A Path’/ ‘The Riverbed’ 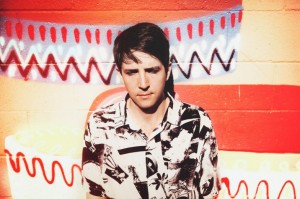 Canadian all-round talent OWEN PALLETT released two new videos for the songs On a Path and The Riverbed. Both tracks can be found on his upcoming record In Conflict which is due for release in May 13.

The two videos are completely different. While On a Path is a minimalistic pop art piece, The Riverbed tells a kind of dramatic story starring PALLETT‘s uncle Jim.

PALLETT ,who is best known for his virtuoso violin-playing, has collaborated with many popular bands such as BEIRUT, THE HIDDEN CAMERAS and ARCADE FIRE. Together with  ARCADE FIRE member William Butler he wrote the music for Spike Jonze’s Film Her and got an Academy Award nomination for Best Original Score. Enjoy the two new videos below.