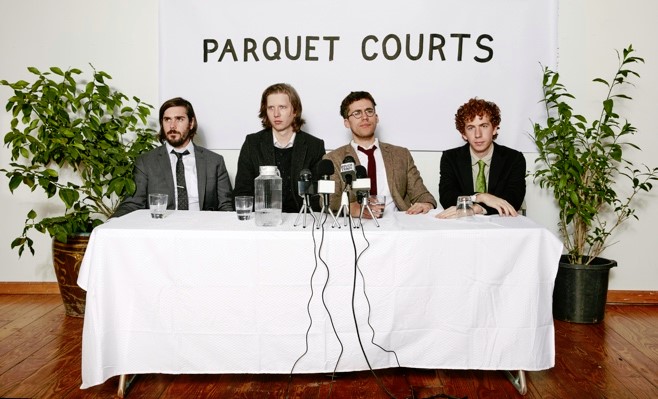 Praised US garage rockers PARQUET COURTS remain restless and announce the release of their new LP Human Performance for April 8 via Rough Trade. It follows only six months after their last record Monastic Living. The charismatic group also shares a first single called Dust via a spooky music video that features a frustrated desk-worker which is haunted by a mysterious monster. You can read our interview with the band from 2013 as well and enjoy the new clip below the album’s tracklisting.