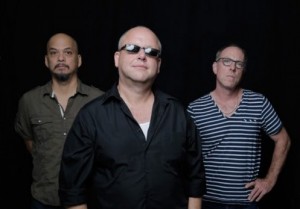 After releasing three surprise EPs in the course of the past months the legendar PIXIES will now return with their first album in 23 years. Indie Cindy is the name of the record that basically combines all tracks from the three previously released EPs into one album. Expect twelve fresg recordings by the band around frontman Black Francis. The material is already available in form of the EPs but you have to wait for the fancy retail version until April 28. That’s when the record drops. Enjoy the video for its title track below.