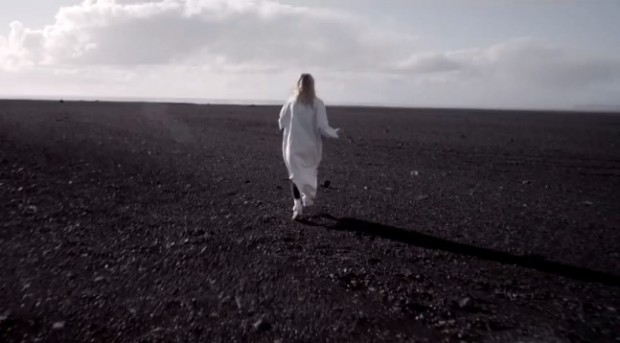 With last year’s stunning record Zero Gravity State Of Mind, SANDRA KOLSTAD got us once again. Its songs marked a triumphant zenith in the singer’s foray into electro and are still as captivating as the charming Norwegian artist herself. Still, KOLSTAD never has been the kind of singer who is easily satisfied with the way she expresses her vision. Her new video for the song My Yellow Heart serves as further proof for that ambitious spirit. Shot in Iceland, the clip features much of the magic landscape as well as an expressive dancing, body-painted and horse riding SANDRA KOLSTAD.

For NOTHING BUT HOPE AND PASSION she’s been kind enough to write down some memories of the shooting, accompanied by some photos of her trip to Iceland. Read her diary exclusively right here and take a glimpse at the wonderful new video below. 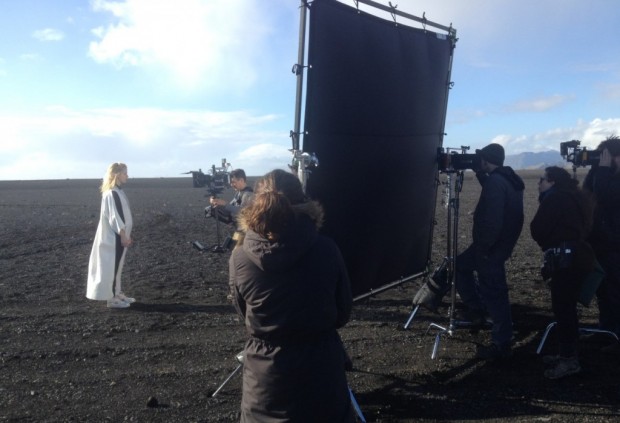 Finally in Reykjavik! Already living up to my expectations and more: The first thing we saw when driving from the airport towards the city, was a double rainbow. Went for a walk with my sister Kine who is also starring in the music video, and Nina, my dear manager. Bought some dried fish. Met Anna the costume lady and Frida Maria the make up artist at the hotel to try all the different outfits and looks. Anna has focused on finding a lot of new Icelandic design, very excited to be wearing that for the video. Went out for sushi with most of the crew, many of them flown in from L.A. An early night, since we all want to be ship shape ready and awake for the first day of shooting tomorrow.

First day of shooting, an early start, 05 am in the lobby, a cup of coffee and then out into the wilderness! A three hours drive to a beautiful place not so far away from Guldfoss. The horsemen came with my horse for the day, Heymir, such a calm, kind horse, but I was still a little bit afraid. Shot some scenes with drones flying over me and Heymir. Iceland is feeling more and more like another planet, and I am loving it. Shot the last scene by Guldfoss, Heymir and me standing very close to the edge, a steep hill down into the waterfall… Trying to breathe! 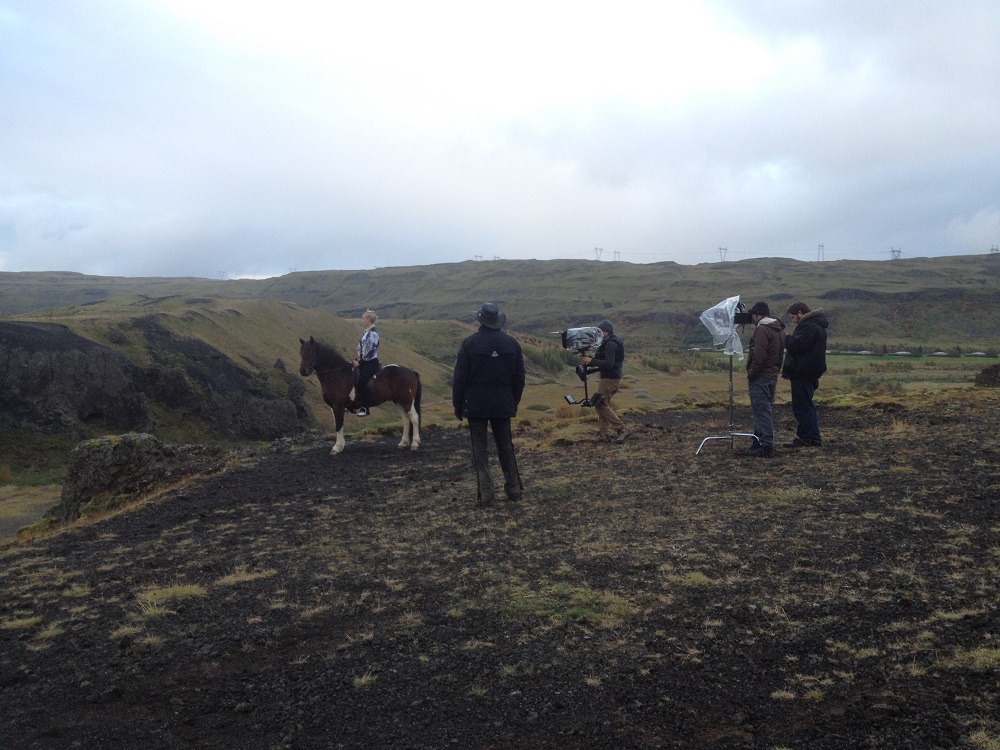 We were supposed to shoot the scenes with my sister today, but because of a storm that was supposedly coming in our direction, we had to change our plans and shoot me walking through some red rock formations in stead. Nature sets the agenda here, and we do our best to follow. Did I already write about how freezing cold it is here? Well, I’ll write it again anyway: It’s so cold! Filming outdoors is a challenge. I have promised myself to let my next music video be situated in warm and sunny surroundings. The storm that was supposed to be really bad didn’t get that bad after all, but we still had a shorter day of shooting. Had the best Indian food I ever had outside of India in a restaurant in Reykjavik.

Got up at 4 to start with the body painting that was estimated to take 8 hours. And so it did! A surreal experience seeing my body change and turn into something completely else right before my eyes. My sister and the crew went out into the black sand desert to shoot her scenes. Me and my manager Nina came out there after them, to shoot the final scene in the video. Some red wine in the motor home to stand the cold. 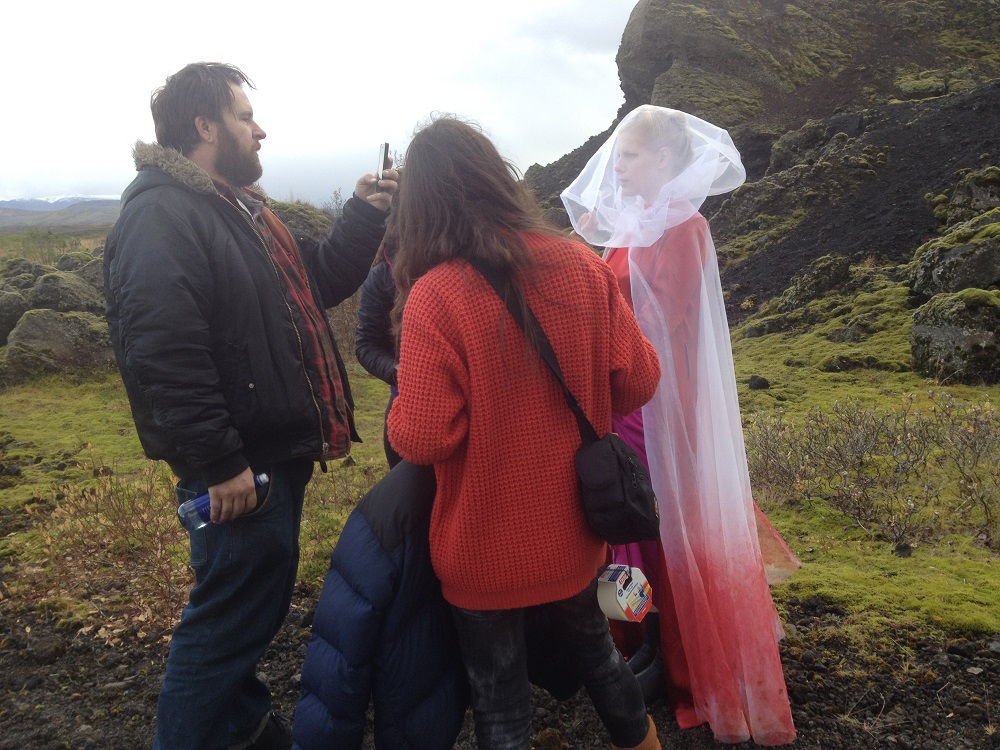 Our day off! Went to the Blue Lagoon where all the cliches about Iceland somehow got true, in the best possible way. A sharp contrast to all the freezing work out in the desert: The hot water in the laguna and the only thing freezing was the drinks in our hands.

The last day of shooting. We went back to the place we visited the first day. The last time we were there, it was peaceful and quiet. Today the wind was blowing like crazy and the shooting was terribly hard. Luckily I was surrounded by the lovely Frida Maria and Anna, the make up artist and stylist AKA my human warmers, that never left my side during the days of shooting. Staring into the darkness of the camera, trying to keep focused, until Dan the director was happy and screamed the glorious words: It’s a wrap!! Leaving Iceland with my yellow heart filled with love for the place and the people there.