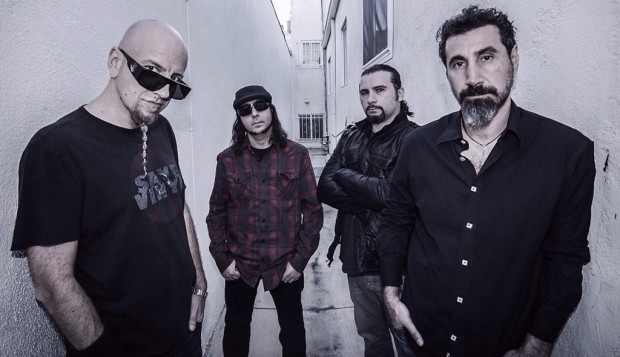 Are SYSTEM OF A DOWN finally recording their first album in a decade? That’s the question a lot of fans of the alternative metal heroes are asking ever since the influential group made its live comeback a few years ago. Right before another new European tour of the four-piece singer Serj Tankian talked about the options for a new album in a just released interview.

He reveals that the band has been talking about recording new music and that he has also written new songs for SYSTEM OF A DOWN as well. He explains: ‘I have a few that could apply, but I’m not sure until the time comes where I can actually play them for the guys and see if it’s something that vibes off them.’

He continues: ‘The openness is there to work together, but we haven’t made any particular plans that we can announce.’ Decisions are about to be made after the tour as Tankian explains. And he also promises: ‘Fans will know before the press knows, I assure you.’ So, fans keep your ears and eyes open. In the meantime enjoy the band’s recent performance KROQ Almost Acoustic Christmas right here.

SYSTEM OF A DOWN