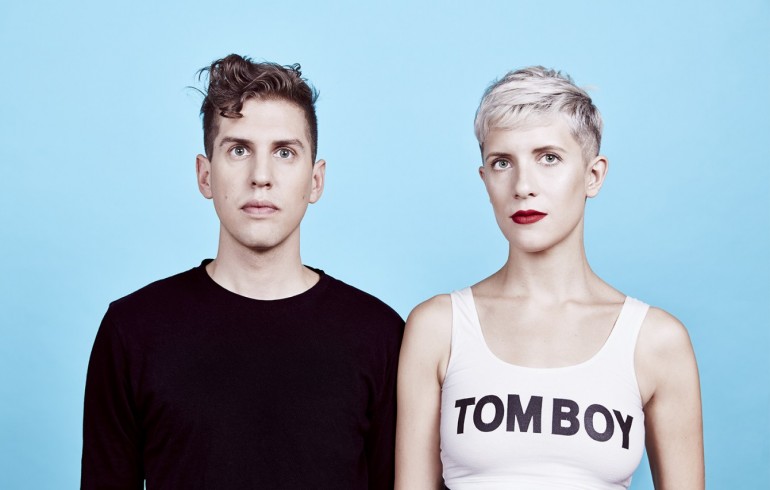 Synthpop two-piece YACHT has always been famous for provocative acts, clever societal criticism and creative forms of promoting their work. Remember when they announced a single via Google Maps last summer? The following move does’t look like it was planned but the way Jona Bechtholt and Claire L. Evans are facing it is quite brave.

The duo – who is also a couple for over a decade now – stated that a private sex tape by them accidentally found its way into the world wide web ‘due to a series of technological missteps and one morally abject person’ as the group states in an extended Facebook post. They furthermore write:

‘We don’t feel the need to justify the reason we made it. Anyone reading this who has been in a long term partnership understands that preserving the relationship is an ever-changing and challenging thing. It’s especially difficult when the lines between career and romance are as merged as ours are. The financial pressures that we’ve been under, which de facto extend into our extracurricular lives, created a circumstance in which we felt like we needed a bit of an escape from the day-to-day. So we turned on a camera, became naked, and had sex. We assumed that we were the only people who would be privy to that video. I guess we were naive. Now you have the option to be privy to that video. For us, that’s a shame. We feel like art is an act of generosity. The art we make for the public is for that expressed purpose. And now we’re in an awkward situation where the art that we made for us and us alone is being viewed by anyone who has the inclination to hit play — a true and humiliating blurring of the public and private.’

Shortly after the post YACHT declared that they start selling the tape now officially and ‘take some kind of ownership of it. The say

This video is out there now. We can’t change that. But we can try to be ‘as YACHT as possible’ about it and take some kind of ownership over what has happened. So we’re asking you one thing: if you feel like you 100% have to see this tape, don’t stream it on some tube site, or download a torrent. Instead, we beg of you to download the video, Louis C.K.-style, directly from us.

If you want to support the band on this strange but interesting project please feel happily invited to visit their freshly launched website and buy the tape if you feel the urgency to do so. However, it’s quite a boss move we think and it deserves nothing but respect.