Sound of the Night: Songs:Ohia – ‘Soul’ 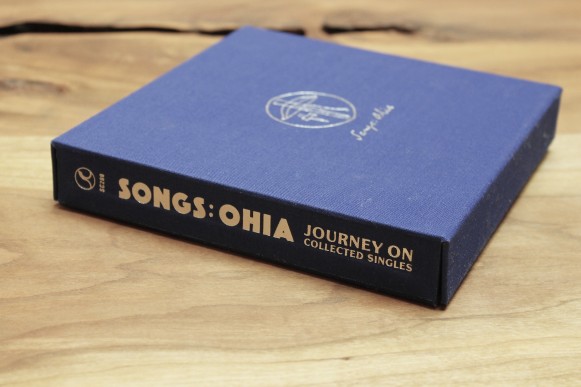 JASON MOLINA is no longer with us but his music stays alive. His former label Secretly Canadian sees to it that the treasure that this excellent songwriter and musician has left behind does not sink in oblivion. And we support that by bringing the lastest posthumous release of JASON MOLINA-material to your attention. Eight months after his death in 2013 Secretly Canadian reissured Magnolia Electric Co, the album that marked the transition from MOLINA performing under the name SONGS:OHIA to his band project MAGNOLIA ELECTRIC CO.

Now there will be a a deluxe box set of rare recordings from SONGS:OHIA titled Journey On: Collected Singles. It is a set of nine 7″s that are accompanied by a 24-page booklet, a CD containing all tracks, and a custom 7″ turntable adaptor with the iconic SONGS:OHIA crossbow logo lazer-etched in wood. Journey On: Collected Singles will be released on April 19, Record Store Day.

The box set includes the song Soul, that was produced for the compilation album Back To Mine: Death in Vegas. It is a beautifully pure track with MOLINA‘s painful voice lying on a tinny guitar riff.

Listen to Soul below. May JASON MOLINA‘s soul rest in peace and his music live on forever.