Premiere: Familiarise yourself with the madman rock of Elliot’s debut EP ‘Jazz For Your Dad’ 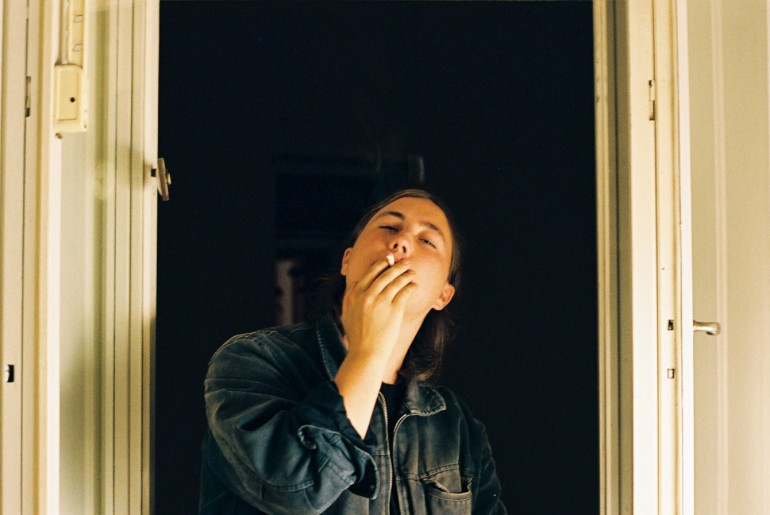 ‘Familiarise yourself with a madman named Elliot […] this man, would drink two Pepsis, eat a bag of crisps, and then kiss your sister […] mostly, it’s about being an arsehole’. Swedish musician Ellioth Axelsson, aka ELLIOT, one of Icons Creating Evil Art’s latest signings, sure knows how to introduce himself, as he does here on his track Technicolor Yawn. We first brought him to your attention in our Weekly Discoveries when he put out his debut single Make Love To Me. Now we’re happy to present to you the exclusive premiere of his debut EP Jazz For Your Dad.

ELLIOT‘s music happily follows in the tradition of oddball sleaze rock, pop melodies forced though filters of distortion and debauchery to create anthems for the weird generation. The four songs on this collection have a depraved charisma to them, leaving their ooze wherever they touch. But they’re also skillfully crafted, smart songs that ELLIOT twists and warps to his own ends. Of the EP, Axelsson says:

Jazz For Your Dad has four songs on it that I made sitting in my underpants. I like recording alone, comfortably ’pillowed’ and within an arm’s reach of the fridge. The songs are explicit and rough on the ears for some, but also silly. I like melodies and word play and humor which, in a conventional sense, is usually a combination that does for a good kids show jingle.

Maybe I will re-write these as good night hymns. With ICEA, the entry point after signing was to do whatever I want, and my mustasched record man ’CM’ never interfered or compromised that. Them releasing this EP caters to my embarrassing self-interest and it green lights some suppressed song writing ideas I have, that I will bring in to the next project

Jazz For Your Dad is out on Dec 2nd on Icons Creating Evil Art. Listen below.