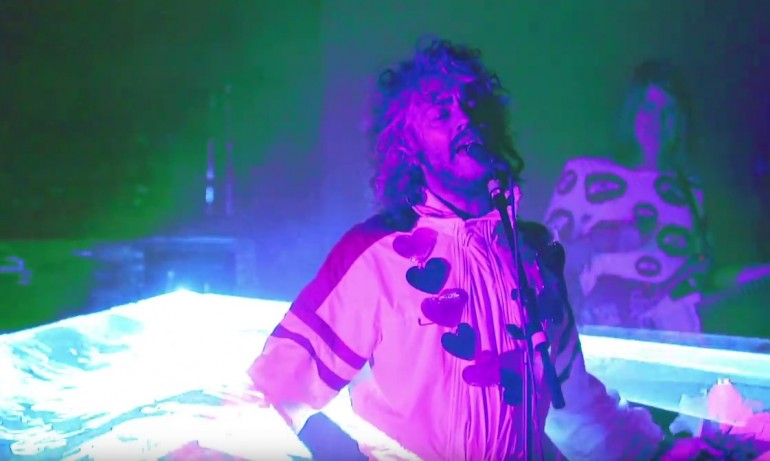 Plenty of DAVID BOWIE covers have been unleashed to the world over the course of the past months, following the passing of the influential artist in January. Wayne Coyne and his psychedelic rock collective THE FLAMING LIPS are the latest band to jump on the bandwagon. And what better track could they have picked than the almighty Space Oddity. The group recently debuted the song live during the official tribute shows at New York City’s Carnegie Hall.

Today, they unleash a full studio version and music video for the song. It’s crazy, set in a church, features sexy nuns, lasers, white balloons and all sorts of craziness. Well, Mr. BOWIE would have loved this. Watch right here.