Sound of the Day: The Roots – ‘When The People Cheer’ 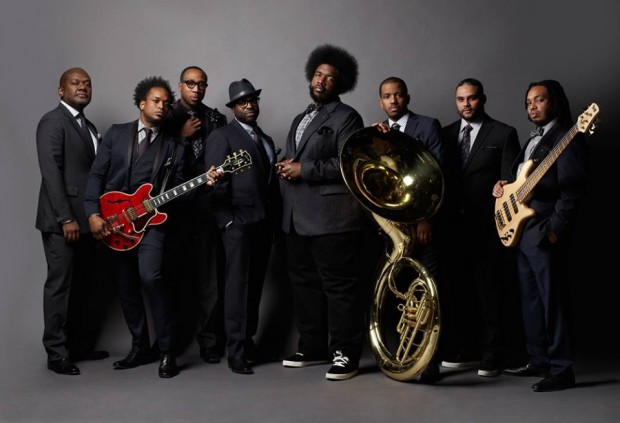 News from THE ROOTS. The legendary hip hop/neo soul eight-piece shared a new single called When The People Cheer. Besides the collective announced a follow-up to 2011’s Undun. Their eleventh album … & Then You Shoot Your Cousin will be released in May via Def Jam Recordings.

When The People Cheer is not as cheerful as the title might sound. It is rather a thoughtful nuanced number that starts with some gentle piano sounds, then unexcited drums kick in and rapper BLACK THOUGH and a female voice add their lyrics.

THE ROOTS cut a fine figure as the house band on The Tonight Show Starring Jimmy Fallon but the prospect of new material from them is even better. So let’s sway to the fine rhythm of When The People Cheer and enjoy THE ROOTS‘ thrilling mix of neo-classic, jazz and hip hop.