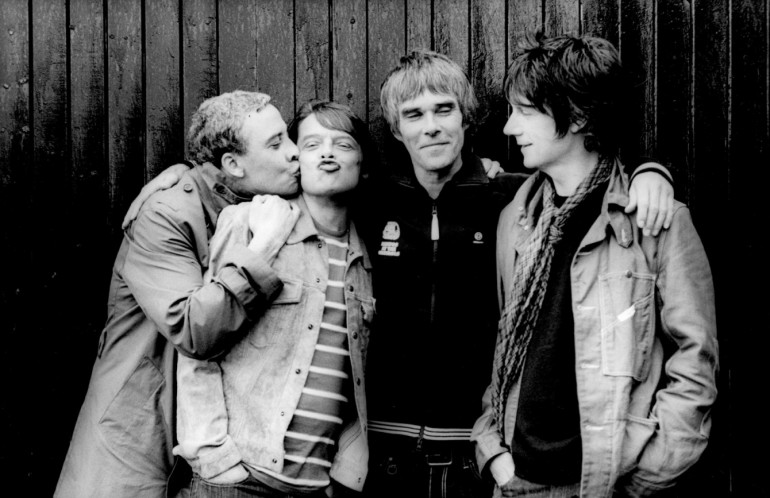 Yesterday, legendary Manchester outfit THE STONE ROSES announced two massive comeback gigs. The band around lead singer Ian Brown will play two shows at Manchester City’s Etihad Stadium and also a headline slot at T In The Park next summer. These are their first shows in three years, following a short-lived comeback back in 2012.

What’s even more interesting with the potential third coming by THE STONE ROSES is the fact that it could also bring us new music by the band. A new studio album would be the first since 1994’s Second Coming. As British newspaper The Sun now reports, an insider states ‘New music was always the hope for Stone Roses fans and now it appears they’re getting their wish.’ He furthermore adds: ‘When the band reunited in 2012 there was never any concrete plans. But now they feel everything is in place to record a new album.’

Official confirmation is still lacking but we cross our fingers for this to happen, right?