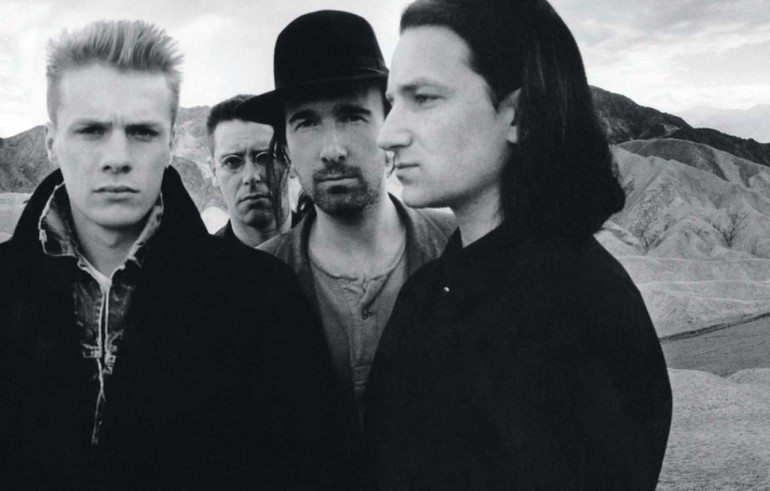 As mentioned before in a slightly different context Irish superstar rockers U2 are about to celebrate the 30th anniversary of their legendary The Joshua Tree album this year by re-releasing the album as a super deluxe box and going on a huge stadium tour throughout the summer.

The legacy round of Bono and his gang is preceded by the release of a new mix of the album track Red Hill Mining Town which almost became a single back in 1987 but ‘lost’ to the almighty I Still Haven’t Found What I’m Looking For. The new mix was brought to life by producer Steve Lillywhite and features re-recorded vocals from Bono as well as the Arklow Shipping Silver Band as mighty brass section in the background. It shows new qualities of an underrated song within the band’s back catalogue, that much is for sure.

Next weekend Red Hill Mining Town will be released on a 12” picture disc for Record Store Day. It also debuted at the RTÉ Radio Show of Irish DJ Dave Fanning and you can listen to the full version here, starting at the 1:19:45 mark while also finding a teaser video for the vinyl release right here as well as the original version.