Confronting: Esben and the Witch – ‘Silence can become a tool in itself’ 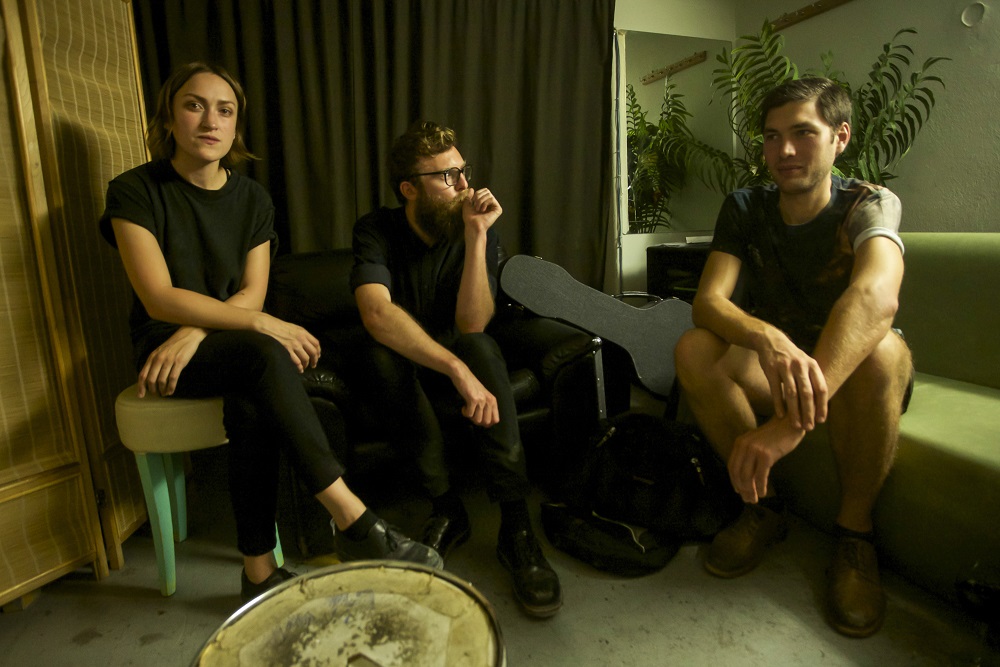 It took British threesome ESBEN AND THE WITCH three records to get close to what they were planning to express as a band. This year’s A New Nature now ultimately presented them at the core of their art. Epic build-ups, a voice like the young PJ HARVEY, rough noise-attacks and within all this beautiful mess an unmistakable sense for sweet melodies. The songs of ESBEN AND THE WITCH always felt like a possible score for horror-movies but with the stripped-down live-feeling of A New Nature the dreadful atmosphere of their songs translate even better. Speaking of live-atmosphere: it is no coincidence that ESBEN AND THE WITCH‘s appearance at this year’s Reeperbahn Festival has been of the most memorable moments we witnessed at the event.

Taking into account all of this excitement around them, we were eager to get to know these guys a little better and we thought it would be fitting to do so by confronting them with some wildly associated movie-works. Read and see the results right here:

What’s your opinion on this artist and his special aesthetic?
Any favourites when it comes to music videos?

That was an interesting watch. It kind of reminded me of Where The Wild Things Are, especially when those tree beasts first rise up anyway and you’re not sure if they’re good or bad. Its like a cross between that film and an old 2D platform videogame. I’m not sure I have a favourite artist when it comes to music videos to be honest. That’s mainly because most artists don’t tend to have that consistent a style in their videos, I don’t mean that as a slight, I think its quite natural to experiment with different directors. The best one I’ve seen in the last few years is Epizootics by SCOTT WALKER that Olivier Groulx made. I think that’s really mesmerising and intense in the best possible way. Suits the music down to the ground really and that’s the key as far as I’m concerned.

Take this as a blockbuster-example this year. It’s not a problem if you haven’t seen it yet, just wanted to ask: what’s your favourite movie this year so far and why?

I haven’t seen it but the trailer makes me suspicious. I really enjoy sci-fi films but there seem to so many shit big budget ones of late. I saw a different one that had Tom Cruise in, only recently, and thought it was rubbish! They tend to follow a general rule whereby they start out promising and then the flimsy plot collapses under the weight of needless special effects, stunts and shootouts. The best movie I’ve seen this year is Calvary. That was a really beautiful film.

Werner Herzog/Klaus Kinski – any instant associations? I somehow feel a strong connection in your music to the work of them.

You do indeed have a point. I remember Rachel and I watched Aguirre when we were looking for inspiration for The Jungle. I enjoyed it, although found it a little overwhelming in places, the soundtrack by POPOL VUH was a real treat. What actually ended up influencing us more though was ‘Burden Of Dreams’ by Les Blank which is about the making of ‘Fitzcarraldo’ and features both Herzog and Kinski. What Herzog has to say about the jungle in the interviews he gives was very inspiring. Especially as none of us have actually been to a jungle and we wanted to write a song about what it might be like to spend time there, we were interested in hearing peoples accounts. I actually remember years ago a good friend of mine sending me a link to a YouTube video called ‘The birds screech in pain’ or something and that was the same interview. Amazing! We were thinking about trying to sample it at one point.

A classic; and a film that goes out without any music for most parts. Your ideas on that?

I love it, I think its a fine film. Again, we watched this quite recently and it really is incredible how little its aged. It affected me then the same way it affected me when I was younger. I find the way that the tension builds in the early scenes so brilliant, and the scene outside the school, where at first its just two or three birds on a wire… I have no problem at all with films which have whole scenes or long stretches without music, I’d encourage it in fact. Too often you watch films these days and they feel like music videos, blasting along, bombarding you. By deploying music less, silence can become a tool in itself and then music and sound can be used to greater effect.

X-Men: Days of Future Past

Again a blockbuster but in this case a comic-adaption. In general – any thoughts on that? Favourites

I haven’t seen it! I noticed that 30 million people have watched the trailer though, these films are really popular these days, right? I’d watch that for sure, enjoyed the trailer, didn’t give too much away and drew me in. I’d say the Nolan adaptions of Batman are my favourites of this genre. Can’t say that I have much knowledge about Batman, or any comics or graphic novels for that matter, but I really enjoyed all three of those movies. In particular the second, its all about the villains for me and Heath Ledger absolutely nailed that.

Picked that one in the category: remake. Is there a good remake you can think of?

Strange things, remakes. I can’t think of any remakes that are superior, I can just think of pointless ones that are unnecessary and disappointing like ‘The Clash of the Titans’ or ‘The Wicker Ma’n, although Nicholas Cage does have some funny moments in the latter. ‘The Dawn of The Dead’ one wasn’t too bad I guess… In order to put a positive spin on this I’m going to veer off message slightly here and say that I preferred the two mini-series of ‘This Is England’ that Shane Meadows made to the original film. Not really the point as he directed them all and the stories are different but the two series are amazing and that’s the best you’re going to get from me right now!

Let The Right One In (Let Me In)

As your music has a certain bleak vibe about it, what do you think about horror-movies? Any favourite? Old ones or new ones?

‘Let The Right One In’ is a brilliant movie. Actually ‘Let Me In’ isn’t too bad either, you can add that to the decent remake category for sure. I like watching horror films, I guess I prefer the slower paced ones to all out gore fests. Although when you find that balance, like the original ‘Texas Chainsaw Massacre’…wow. ‘Susperia’ is one of my favourites. In terms of newer ones I thought that the original ‘Paranormal Activity’ was quite innovative, although they’ve spent every year since churning out increasing rubbish sequels that gradually destroy any sense of dread the first one conjured. All of this is nothing on the pink old woman from’ Ghostbusters 2′ anyway. As a child that really bothered me, I’ve yet to see a phantom as terrifying as her.

ESBEN AND THE WITCH