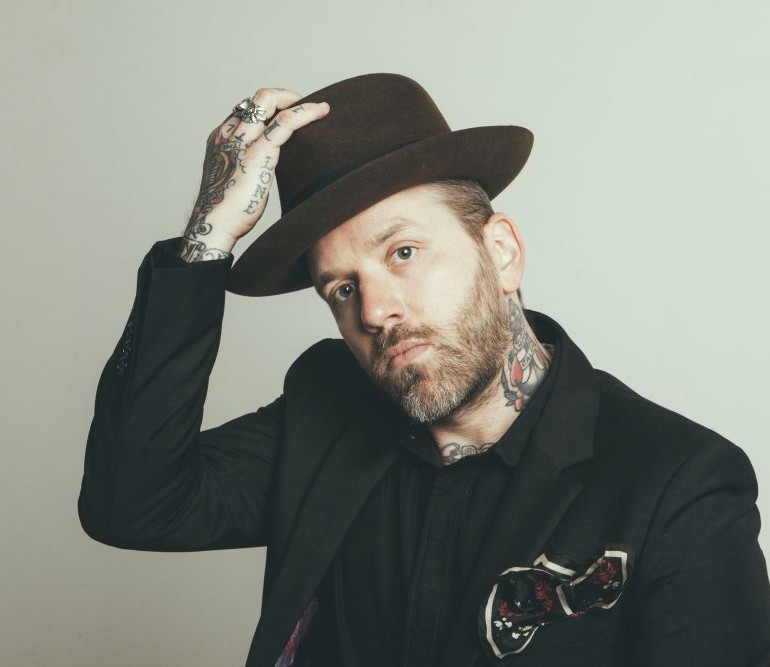 As the world gets more and more complicated, our attitude towards life becomes more ambivalent. We spend a large part of our day online, greedy for news and attention but at the same time all the information and the pressure to stay up to date can be overwhelming. We want to protect the planet and its inhabitants but we don’t want to spend much money on food, clothes etc. We want social and domestic security but no 9-to-5 job and, of course, no surveillance. We want to have a romantic relationship but please – no commitments!

Ambivalence also seems to be a determining factor in the life of Dallas Green. For ten years he was part of ALEXISONFIRE, one of Canada’s most influential and popular hardcore bands. But apart from mighty guitars, blasting drums and shouting, Green developed a second musical identity. In 2005 he started his singer-songwriter project CITY AND COLOUR and released the soulful LP Sometimes, followed by Bring Me Your Love (2008) and Little Hell (2011).

In 2011 he decided to focus on CITY AND COLOUR and left ALEXISONFIRE. Shortly after the band took a four-year break, but reunited in 2015 with Green returning as official member. Right now he presents his recent album If I Should Go Before You on a worldwide tour.

In-between Canada and the US

If he’s not touring, Green commutes between his domiciles in Nashville and Toronto and the political situation in these two countries is characterized by opposites as well.

Last year Justin Trudeau took office as the new prime minister of Canada and is celebrated like a star since then. After ten years of an extremely conservative and, in the view of many Canadians, damaging government of Stephen Harper, the Liberal Trudeau is about to introduce a democratic change. There’s a good chance that he leads Canada back to its exemplary function in the matter of immigration, foreign and environmental policy and rights of minorities and women.

America’s future will be decided by the end of this year, probably between Hillary Clinton and Donald Trump, two politicians whose ideas of what America should stand for couldn’t be more different.

Being asked what preoccupies him more – the political trends in Canada or America – Dallas Green gives a quite resigned answer:

‘The political landscape doesn’t occupy me too much because in my mind it seems like the people who should be in charge will never get elected and the people who are running the world aren’t doing a very good job. It seems like there will always be war. It’s not gonna change. I just try to live my life and be the best person I can be for myself and for my friends and that’s what I worry about.’

Green invests his energy and creativity into honest, introspective music that can ‘help people escape’ instead of protest songs. He is very open about his feelings and he hopes to reach people in similar situations: ‘I’m writing songs to help myself get through something but I’m also trying to write them in a relatable enough way so they can possibly help somebody else to feel better. That’s what music does, it heals.’

CITY AND COLOUR often seems to be torn between ‘arriving’ somewhere and running away from something. One can find gratitude and relief as well as the fight with inner demons in lines like ‘I’m running from the shadow of my former shadow’s life’ (Killing Time) and ‘I know I have earned it / But most days I don’t feel like I deserve this’ (Runaway). So which feeling predominates in his everyday life? ‘It’s a sort of catch-22. The road is my home. But because it’s different every day, you constantly have a sense of longing for stability and you long for a sense of home and at the same time this is my home. I’m also very lucky and grateful that I’ve been able to continue doing it. It’s like anything else – there are good days and bad days.’

Green produced the new songs in the Blackbird Studios in Nashville, just like his prior album The Hurry and The Harm. But this time he didn’t record the songs on his own but together with his live band, consisting of bassist Jack Lawrence (THE RACONTEURS, THE DEAD WEATHER), guitarist Dante Schwebel (DAN AUERBACH), drummer Doug MacGregor (CONSTANTINES) and multi-instrumentalist Matt Kelly. 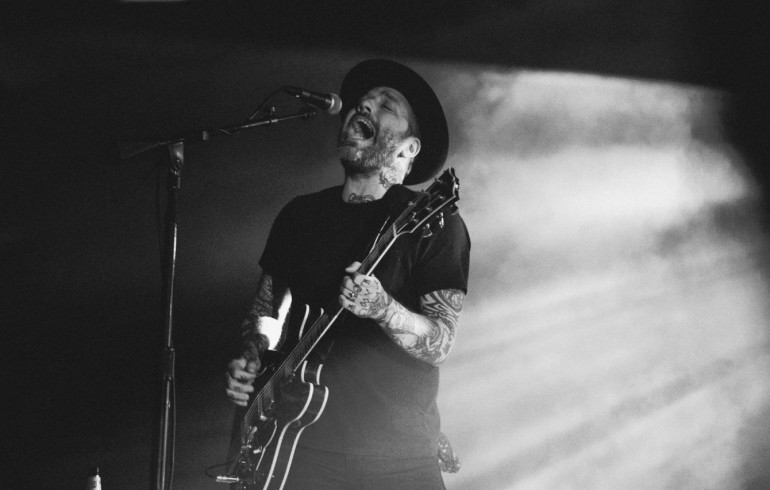 The album opens with Woman, a steamy nine-minute ballad about – who’d have thought – never ending love. It’s one of the best pieces of the new record – stimulating, mysterious, perfectly structured and made for Green’s yearning falsetto.

On his last album we missed ‘rough edges’ that would have made the work more distinctive. If I Should Go Before You is pretty polished as well – hardly surprising with a supergroup like that. Sometimes the tracks are near the knuckle of cheesiness and randomness, like Friends and Blood. Fortunately there are also laid-back and brightening songs like Northern Blues, Wasted Love and Map Of The World that profit from the excellent interaction of a band that enjoyed the time in the studio and harmonizes like a well-oiled machine.

‘I feel lucky and passionate about this group of people I have out with me, the whole crew and band. It feels very much like a family so that gives me hope that I’m doing the right thing.’

The people he can rely on define Green’s idea of hope and passion and maybe that’s all there is to it even if it sounds a little pathetic: The world might be confusing and inconsistent, but real friendship is unswerving and there’ll surely be someone who’ll help you get back on track.