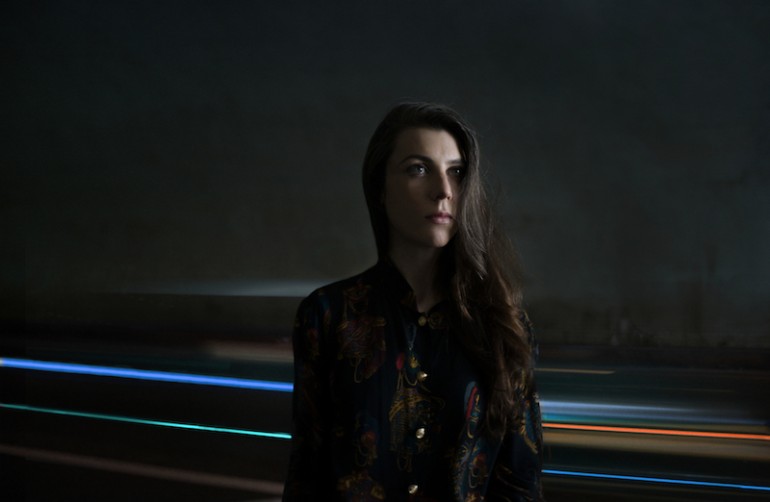 On her past three albums, JULIA HOLTER has created songs full of material that was mainly inspired by literary works. Despite being a classically trained musician, she has never quite been the traditional kind of songwriter who has been keen on focussing on one particular soundscape. Instead, Holter’s style is aiming at blending multiple influences into a rather avant-garde like approach to create a bigger picture. This time around, the singer embraced a more intimate atmosphere on her new songs on Have You In My Wilderness which heavily deal with a very common theme in today’s relationships: the power struggles of lovers who constantly feel the need to set limits or test each other’s strength.

Being inspired by this game of possession, JULIA HOLTER takes on various perspectives in her new songs and delivers some of her most intimate work to date. Just before heading off to the airport on a warm summer evening, NOTHING BUT HOPE AND PASSION spent a few moments with the singer in her label’s head quarter in Berlin to talk about modern relationships and why wilderness is a scary thing.

What does this wilderness look like you’re pulling your listeners into?

Julia Holter: For me, wilderness looks like a kind of dark and scary thing. I’m from the city and really scared of wilderness. How vast and dangerous it is. Even the beach or the forest. All these things scare me. More related to the record itself, what scares me is the concept of possessing someone when you’re in a relationship. When you tell someone you want to have him or her in your wilderness. A lot of this record is about the power struggles between two people and the conquering of one another.

How does this kind of conquering work in your opinion?

JH: The conquering one is saying ‘You will be mine in my world’. It’s a kind of a masculine approach in terms of a relationship. I do this, too, so I’m not generally saying that it’s only done by men. It’s just an easy way to describe the possession of a woman. On the record there are these different perspectives. Basically, I’m saying that wilderness means that I’m having someone in my dark and scary world of mine. Other times I’m referring to fantasies of what people are really like. They don’t pay attention to what the other person is like and impose their needs on him or her.

Is that a conclusion you have come to recently or have you always been aware of this behaviour?

JH: I guess it took me a while to see it like that. My outlook on love has definitely changed over the years. You learn a lot when you’re not married at the age of 20. I’m 30 now and I’ve been in relationships so I’ve learnt about people and also about myself as a person and my own limitations. I think you can overcome your faults, for example.

You’re known as a songwriter who likes to keep song ideas for years. Was it only natural for an intimate album like this to get back to some of your previous thoughts again?

JH: Yes, I guess I held onto these ideas because they didn’t work with the last record and I had written them already. I wanted to consciously make a record of a bunch of different songs. Almost like my second album Ekstasis. Unlike Tragedy and Loud City Song that were inspired by one particular story. Those are like novels in a way.

‘This album is more like a bunch of short stories’

Written in a short amount of time as well?

JH: Yes, the writing of the songs kind of happened quickly. The production choices were much harder. At first, I wanted to put more reverb on the vocals which would have drowned out my voice. What is so special about this record are the lyrics and the intimacy of the voice which is why I’m happy that I followed my producer’s advice. It was Cole Greif-Neill who suggested that I don’t drown out the vocals. That’s my style. It’s really great to work with someone who challenges you.

What about the challenge of producing an album yourself?

JH: I might produce my next record myself. Maybe I just work with an engineer just to see what it’s like. It would be interesting to see what happens when I’m in control. 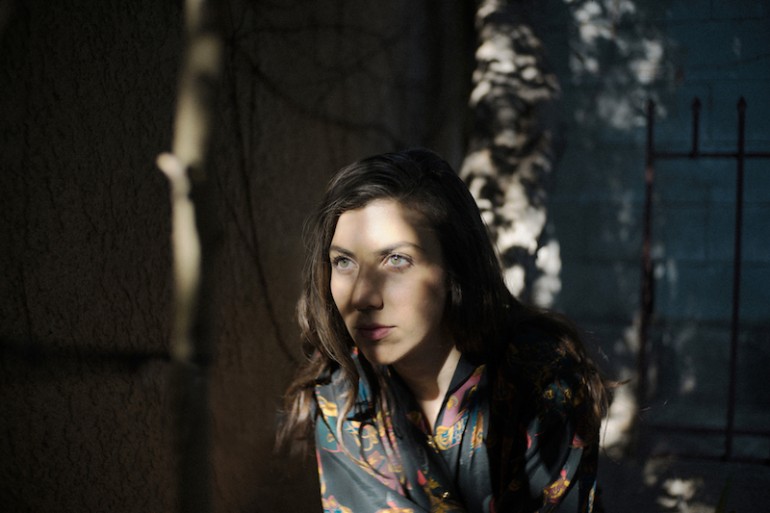 How did you take control of what should become Have You In My Wilderness after your last record?

JH: I took time off to write on my own. I can’t really write around people. I’m not a very organised person so I don’t plan much ahead when I make an album. I have to arrange parts for the players which I wait to do until the last minute, but I try to let a lot of room for change depending on the instrumentation and in case the players have any ideas too.

Is it easier for you to feel spontaneous when you’re recording in your home town L.A.?

JH: Well, maybe. I live in Los Angeles so it was the best option financially too. I’m not opposed to record somewhere else, but there’s no real reason to do it at the moment. There are a lot of good studios in L.A. too. The place where we recorded this time was very special because it had all these different keyboards, pianos and synthesizers. It wasn’t fancy, but it had a lot of stuff in it we could use.

In a playful environment like that, how much soul-searching was still going on when you made this album?

JH: A lot of the songs are made in moments of not even being aware one’s own emotions, but they are coming through somehow. I don’t think I naturally write journalistically. As a kid, I always had trouble keeping a journal. I’m very expressive about how I feel all the time. Expressing my emotions in my current state is rarely cathartic for me in a creative way. I rather make something beautiful than make something that is literally about what I’m feeling in a particular moment. My feelings come through, but it’s indirect.