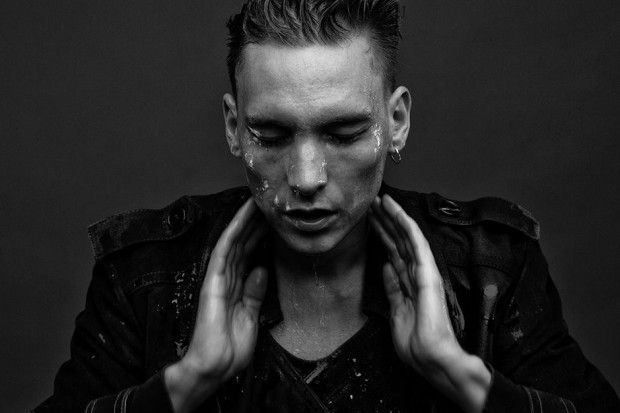 On his debut album Hylas THOMAS AZIER perfectly sets to music what is called ‘transformation’. The city, life and love are ever changing, but what will definitely remain is his music. NOTHING BUT HOPE AND PASSION sat down with the truly pan-European artist to talk about dark electronic pop music as well as loneliness, depression, and suffering as a source of inspiration. THOMAS AZIER gives insight in what drives him as an artist and as human being.

Dark electronic pop music – what made you fall in love with melancholy?
I feel like making music is like painting with moods on white canvas. These moods are so important to me and usually come to me in sleepless nights. Moving around in my bed melodies and ambiences find their way into my head. Then I have to get up and start writing.

What’s the concept behind ‘Hylas‘?
Hylas is a mythical character who went to look for water on an island while he was traveling with the argonauts. He got seduced and fell in love with nymphs and they pulled him into the water where he drowned and as the story goes, became one of them. The first time this story showed up was in a book called ‘Metamorphoses’ from Ovid, a greek poet. This book is great because it’s about the change I’m talking about too. The funny thing is that I just wrote these songs because I was inspired by the stories, and other songs were inspired by my new found life in Berlin. Only later I understood the connection between all of them. I started digging deeper.

How would you describe your music to a deaf person?
A musical play between hope and despair. 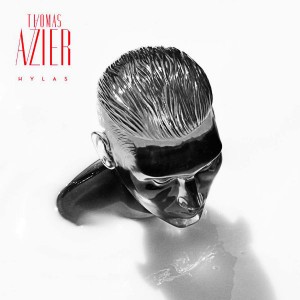 Having a background in the dance music scene, how do you feel in the pop world?
It has been very judgmental especially in credible berlin where even techno with vocals is sometimes not done. I just do whatever I still sometimes feel a certain snobbism among people and most of the time it’s just the same opinion of influential blogs. That’s what I’m against. Make your own opinion. I chose the frames I work in. You have to have so many ‘hats’ on these days, mixer, musician, producer, art director, singer, songwriter etc. It’s hard to keep focused with all those voices talking to you during the process. I started to mix things up and missed a helicopter view. It drove me even insane at some point. I feel the challenge in being an artist these days is to find frames. There are TOO many possibilities so you have to frame your work space. Like a painter who decides on the frames of his picture.

Despite your own music: what is your favorite song of all time?
It’s an impossible question to answer. But I can tell you I really enjoy listening to Moonface’s record Julia In Blue Jeans. You should check it out, there’s wonderful track called Barbarian. I take any chance I get to promote good new music.

In your opinion: in how far can loneliness, depression and/or melancholy be a source of creativity?
I think ‘suffering’ artists always make the best art. Like van Gogh, who never even knew his own success. People love this even more. When you are alone you get confronted with the depths of your being. You see your fears. They are just lying there, at the bottom of you. A way of dealing with these fears is by writing about it. I feel there’s a distinction between loneliness and solitude though. feeling lonely is something you can also feel among crowds. Solitude is a choice, for me it’s a medicine. I need it to create.

As a Dutch guy who lives in Berlin and has a record deal in France: where do you take your influences from? And where do you see your roots?
I guess the main theme about the record is ‘change’ and trying to deal with this. Every city is changing but I think Berlin is an extreme example of a city under constant transformation. And it goes extremely fast as well. I always call Berlin a Phoenix who is literally rising from the ashes. A lot of energy and excitement. I tried to translating this into the record. Looking for extreme opposites, cold and warm, loud and silent, violence and softness, because this is exactly what grabs me in any art form.
I don’t know anymore if roots are important. I feel the main sign of these times is that we sprout new roots wherever we go. Young people travel easily to London Paris New York Berlin, it’s all so fast we almost don’t know where we are anymore. It becomes more important that wherever you go, you are cool with yourself and you are working on yourself. Trying to listen to yourself.

Talking about wings: would you rather be a dragon or have a dragon?
I’d like to have a dragon. But i’d be the worse dragon owner ever. I would probably be way to nice for it and it would kill people all the time accidentally but I would be way too attached to it to get really angry.

Would you rather whisper or shout for the rest of your life?
Nice question. I’ve been shouting a lot for my record, a result after being trapped in my room for 5 years. I feel it’s time to whisper now.

How does the thought of living in a Ghostcity make you feel?
My studio is in Lichtenberg, in east Berlin, an industrial area where nobody is still allowed to live. But all factories and places there are abandoned. Especially when I work, at night. So it feels very ghostly. Spending so much of your life in this place changes you. I felt that I was the only one there together with the occasional city foxes I encountered.

What do ‘hope’ and ‘passion’ mean to you?
There’s never only despair. There’s always hope, otherwise what is the point… Passion is my fuel, I keep on going because of passion. Whenever that stops and I’ll get bitter, I probably will change and do something different with my life.