Hope Under Neon Lights: What The Audio Invasion 2015 Felt Like 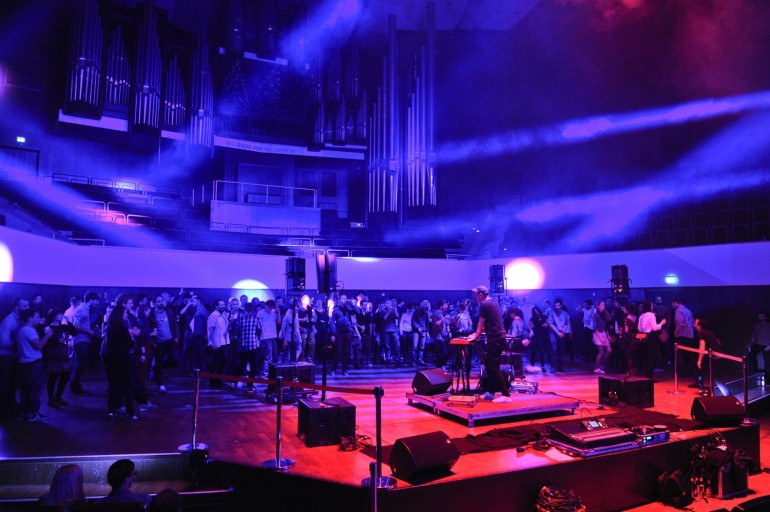 Sometimes it just feels terribly wrong to go out on a Saturday night. Living and loving and dancing seems surreal instead of careless. At least that’s what attending last Saturday’s long anticipated 9th edition of the AUDIO INVASION in Leipzig felt like. But on so many other levels it felt great and satisfying. In fact, staying home, watching the news from Paris and just keep on being depressed and shocked wouldn’t have helped anything. On the contrary, the cowardly attacks would have achieved what they intended: To freeze our joy. Putting on the dancing shoes felt like the way better option; so off we travelled into the wonderful world of escapism that these poor terrorists will never experience.

Joy, fun and grim determination: Celebrating in the middle of a strange setting

It’s become a loved tradition to see the famous Gewandhaus in Leipzig being illuminated by neon lights once a year. The annual AUDIO INVASION aims to be more of a complete audiovisual experience than just an ordinary little festival. Excitement already grows as you come closer to the solemnly lit concert hall in the center of the city. With a landmark like this, it’s relatively easy to quickly get sucked into the night’s atmosphere full of beats, lights, fog and fancy people.

Like with every good excess though, it’s best to start slow and classy. So the start marked a concert of the Gewandhaus orchestra conducted by Edward Gardner. After a moment of silence to memorize those affected by the events in Paris on Friday, two rather uplifiting classical pieces from Edward Elgar and Béla Bartók exemplified the great acoustics and precision of the orchestra for an audience that’s naturally a much more diversified and younger one than the Gewandhaus typically sees it. 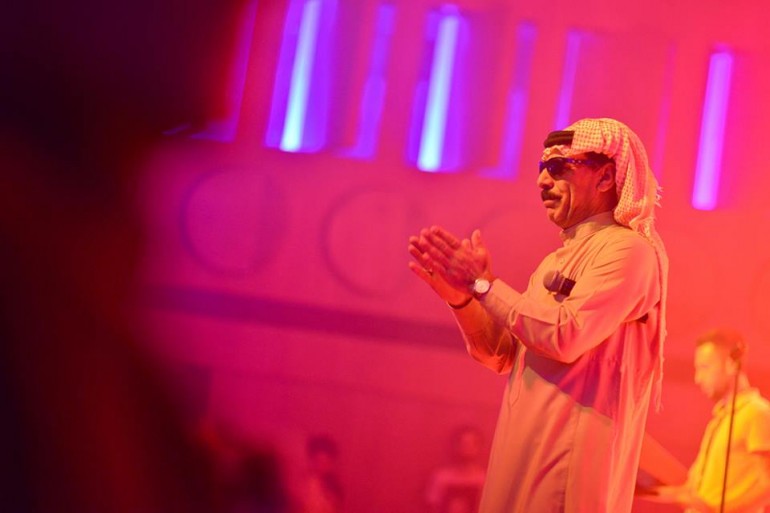 Afterwards, there’s only little time to wander around and get used to the vibe of the venue. Acts start playing right away, beats and lights pop up wherever you roam and the AUDIO INVASION gently carries you off into its shiny world of eclectic beauty. Wether you enjoy the mesmerizing EMIKA or simply stroll around, accidentally bumping into OMAR SOULEYMAN on his way to his performance: The night felt immediately kind of breathless but in the best sense of the word.

While OMAR SOULEYMAN rolls out an energizing set with impressive visuals and vibes, the more relaxed side of the AUDIO INVASION could be experienced with the lovely MARTIN KOHLSTEDT. We’ve become dedicated followers of this guy lately here at NOTHING BUT HOPE AND PASSION – and he justified it with a set that delicately oscillated between contemplative neo classical piano works and crafted electronical experiments. KOHLSTEDT is definitely on his way to become the next NILS FRAHM. 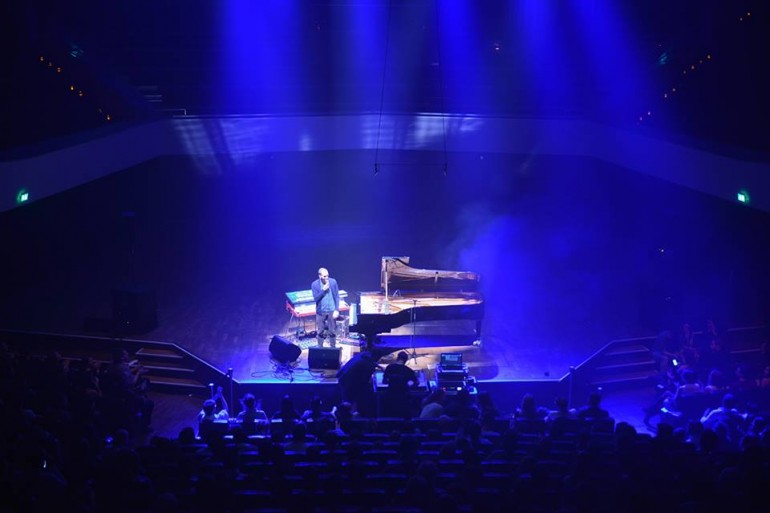 A whole cocktail of opposed feelings coming up

Despite this beautiful set: Sitting down and enjoy moments of calmness wasn’t the agenda for the rest of the night. From AUSTRA‘s electropop to producer JENNIFER TOUCH and of course several DJs, the AUDIO INVASION accelerated its dancing mode, offering music until the early morning on four stages. Paired up with the visual component that most artists and the venue itself provided, the whole scenery felt a bit loaded and forced at times. On the other hand: Slightly dissapointing and somehow flat appearances like the one from AUSTRA benefitted from being embedded in the night’s general undertow.

Reentering reality after attending this year’s AUDIO INVASION felt weird in many ways. One, you’ve been part of a collective urge to celebrate, to enjoy music and widen your horizon. Two, you feel lucky to be able to make this kind of experience and nobody judges you for it. And last but not least, there’s a whole cocktail of opposed feelings coming up. A certain relief, mixed with joyful exhaustion and, being back in the reality in which people kill people for the simple reason that they have fun and celebrate life, also a strange feeling of grim determination that fills the mind after this Saturday evening. Guess, there’s nothing wrong about that. It just testifies our will and joy to live. 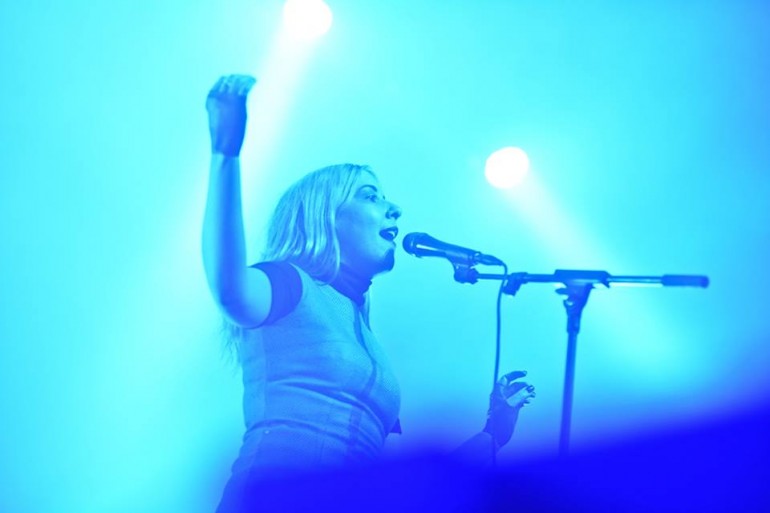