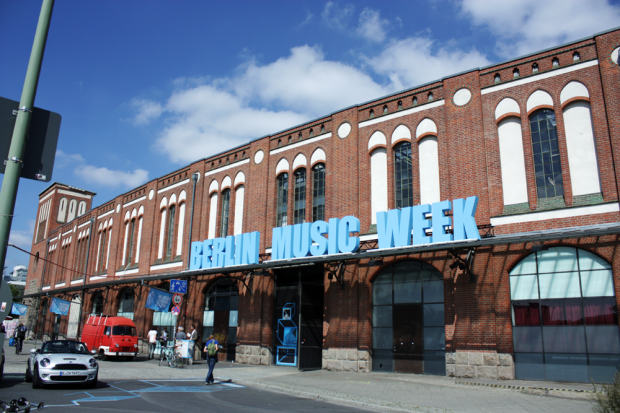 Berlin’s very own Music Week not only consists of its own showcase festival but also of its own music conference. The conference, including VUT Indie Days, deal with issues in recorded music, interactive, tech & startups. Furthermore the event focusses on new players and offer a look ahead for the digital transformation. ‘WORD!’ is the name of Berlin Music Week‘s conference part that brought together more than 3.500 music professionals from more than 30 countries. It is an exchange of creativity, panels, matchmakings and workshops to get inspiration about what the future of the music industry might hold.

Why Berlin? Berlin is one of the most creative European cities these days. Especially when it comes to musical output, musical collaboration, and start-up mentality Berlin has a lot to show. Sure, one of the reasons might be that the city has only 3.5 million inhabitants on an area of 892 km2 (London has 8.4 million on 1.572 km2), which means that there’s a lot of space for creativity. At the same time Berlin’s rents are still quite low. Even though they have raised, it is still about 63% cheaper to rent an apartment in Berlin than in London. Reasons that explain the creativity of the city, reasons that explain why more and more artists (and start-ups) come to the city, reasons why it is important to have a Music Week in Germany’s capital.

For a couple of days Berlin’s Postbahnhof became the place to be for national and international music professionals. Main focus was the recorded-, tech-, and live industry, which to name ‘WORD!s’ motto ‘MUSIC RELEASED’. Discussions about the processes of digitalization and worldwide connection – and its consequences – focused on the economic structures and new perspectives on the music business. More than 100 events with more than 200 speakers and panelists from the fields of recorded music, music technology and start-ups attracted the visitor’s attention, which has to be considered as a big success.

At the same time Postbahnhof was the place to meet for ‘WORD!s’ attendees; the place to meet friends & colleagues, to make business & connections, to see familiar and new faces. Also from this point of view ‘WORD!’ was a success, since meetings and get-togethers were highly productive as we heard everywhere.

‘WORD!’ will change! Berlin Music Week will change next year (again), since it will move from Kulturprojekte Berlin to Musicboard Berlin. So far it is not officially announced what this means for the Music Week. OK… the team will change, the focus might change, the Music Week will change. But what exactly, and if this will be good or bad for the event itself is unclear. One thing is for sure: this year’s event was a success. Let’s hope that next year’s event will be another step into the right direction. The focus on creativity and start-ups definitely suits Berlin.