‘A Sexy And Playful Manner’ – Spot on: Bilderbuch 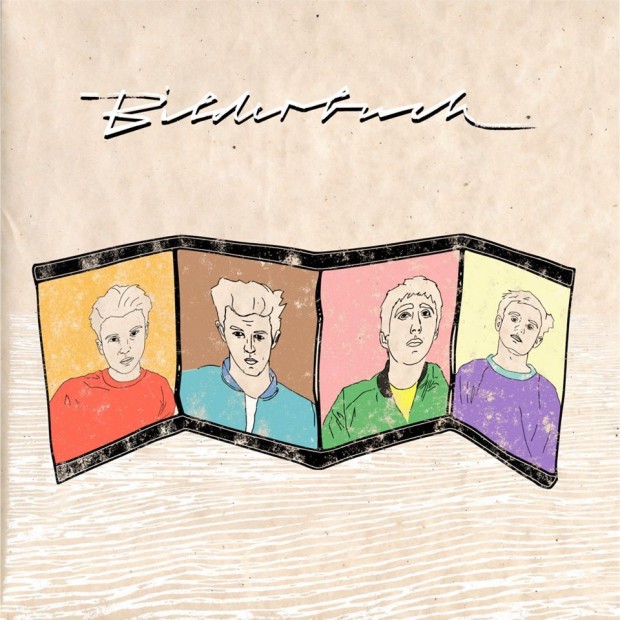 Glamour, style, sexiness and self-confidence. Attributes we normally associate with American pop stars like MILEY CYRUS or NICKI MINAJ. But slowly – starting in 2013 with the single Plansch  (translated ‘to splash’) – an Austrian band, only consisting of young lads, begins to conquer the international music world whilst unifying all these characteristics. Not so common these days for a ‘boy’- band to be glamorous and sexy. But these aren’t the only striking aspects of BILDERBUCH from Austria.

All of their lyrics – sung by charismatic frontman Maurice Ernst – are in German, but the complete work, especially the production, sounds American. No wonder when someone names his influences as the self-titled rap god KANYE WEST, the flamboyant soul trio THE SUPREMES and one of the first successful hip-hop groups from the US, THE BEASTIE BOYS, as Maurice did in NOTHING BUT HOPE AND PASSION’S recent interview with him.

But still, all songs on Schick Schock (‘Chic Shock’) – their long-awaited and hotly debated third record which will arrive in a few days – are sung in German (with an unmistakable Viennese accent). It requires a liberal portion of self-confidence to use a language which most parts of the international audience don’t understand. Just take a look at the music charts or the daily radio rotation – virtually all English tracks, from time to time a French one maybe, hardly any German.

So where do they get the self-confidence to overcome this language barrier which actually only Austrian musician and ‘first white rapper’ FALCO did thirty years ago?

‘Fundamentally I think the self-confidence to go on stage and also the self-confidence to present songs is something which comes with the fact that we’ve been doing this for ten years now,’ explains the blond-haired singer in our little chat with him. ‘And we kind of feel mature enough to meet the requirements. On stage we feel more comfortable than ever. Whether this is in the Netherlands or anywhere else, that probably doesn’t matter. In the end everything is about energy’.

BILDERBUCH started out as a band in the year 2005, ten years ago. At first they only set children-stories to music, for example Heinrich Hoffmann’s famous work Struwwelpeter; that’s also where their name Bilderbuch (it means ‘picture book’) derives from. But from time to time they changed their musical style, until 2009 when the group released their debut record Nelken & Schillinge (‘Carnation & Shillings’) from which the single Calypso made it up to #4 on the Austrian Indie Charts. Already this work contained ready recognition factor and danceable beats. It was followed by Die Pest in Piermont (‘The pest in Piermont’), a concept album which also garnered positive criticism. Gigs at festivals followed and also a small tour through Germany, Austria and Switzerland – but the very great success failed to appear. 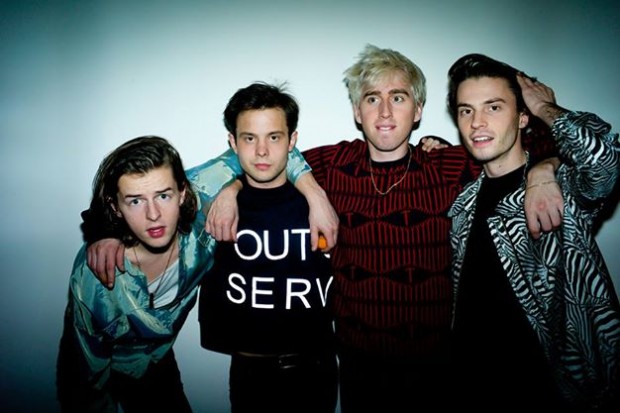 Then, in 2013, they released Plansch and Maschin as the first singles taken from their Feinste Seide EP (‘Finest Silk EP’) which appeared in the same year. With Maschin they finally managed to get well-deserved attention from German and Austrian newspapers, music magazines and radio stations. Maschin made it onto many 2013 best-lists and its stylish video (you can watch Maurice sitting in a car, celebrating this fact) also won an Austrian prize. Now the release of Schick Schock is approaching. With this record, they could really manage the international breakthrough whilst unifying elements of Rap, Indie, Prog-Rock and Art-Punk. But what’s their actual goal?

So what do you want to achieve with your sound? Making German pop music internationally approved again, like FALCO once did?
Maurice Ernst: I think when we’re talking about international stuff, we can’t really define our goals. You’re first of all happy about the fact that you can maybe play concerts in countries where they don’t understand the language you’re singing in. What I think is that it’s time for more different-speaking music. At least within Europe. Really, I wouldn’t have a problem with more French-singing bands being played on the radio. Honestly, I think it’s quite weird that it’s not like that. What happened? Why is it like that? Why are we only listening to English-speaking music? Why don’t we listen to good French, Spanish or Italian songs? I just think it’s a question of time, a question of the next twenty years of European youth culture which will maybe go a step forward to break these language–barriers and be happy about using more diverse languages.

‘WE CREATED OUR OWN SORT OF LIFESTYLE’

Let’s go to another aspect of your band; your style. GQ voted you as the best dressed Austrian man in 2015, what do you think of that?
ME: Well… (laughing). At first I laughed about it because I thought that it was very funny and cool. You obviously can’t do anything for or against it. I mean I wouldn’t have been surprised if I hadn’t been on the list. Yeah, these are the things which a band can’t do anything about. You’re just sitting at home, getting the news in and just have to laugh and think: ‘Okay, another reason why some more people will think now: ‘We’ll wanna see BILDERBUCH live, I mean he’s at least the best dressed man in Austria’. I don’t know, let’s see how it will affect the future. At the moment it’s simply a funny title and of course you’re happy about it although it’s actually just funny.

It seems like style plays a big role to you and your band.
ME: Yes, I think so. Our music is relatively pithy and colourful and sounds somehow modern and tries to be up-to-date and en vogue. And for that reason it would be fatal or weird if we were to, for example, dress like woodcutters. Then everybody would think we’re a folk band. That wouldn’t fit our sound. I wouldn’t see it as that conceptual, more like ‘Hey you’re making music and it sounds like that. You’re listening to SUPREMES, BEASTIE BOYS, KANYE and you’re identifying with your music.’ Namely you start to dress like that from time to time. How you think you sound, how you think you live. It’s just a matter of time, and we had three years to develop ourselves. For that reason it’s just a natural thing that GQ does something like that. And that’s pretty cool and you’re thinking: ‘We didn’t do anything else other than exchange between each other as a band. We created our own sort of lifestyle‘. And maybe you can see that more than you can hear it.

And what about sexiness? You’re lyrics seem to deal with it quite a lot.
ME: We don’t really think about that. Once I heard from a journalist: ‘The whole record is a big flirt.’ And yes, that’s right. I think what makes up this sexiness is primarily the way we make music. German-speaking music is often very strained, upstanding and doesn’t really dare to break boundaries or to show itself as vulnerable. These are the things with which sexiness goes along. And that’s the base which BILDERBUCH has found. We let more things happen, we’re standing there as a man or a band and show another side of ourselves without always being machoesque. Or if we’re machoesque then in such an exorbitant way that it’s obvious that there is a certain kind of irony. That’s just a game with these things in a new manner. A sexy and playful manner. Like, for example, the SUPREMES and less like the classical Hip Hop.

After having listened to Schick Schock you can really retrace the journalist’s description. It starts with Willkommen im Dschungel (‘Welcome To The Jungle’), a perfect opener. With the lines ‘Es kommen alle Tänzer raus/Tief im Jungel/Ich mein ich tanze auch/Tief im Jungel‘ (‘Every dancer comes out/ deep in the jungle/ I think I also dance/ deep in the jungle’) they give a fitting anticipation of what the listener can expect from the following eleven tracks: a mixture of danceable beats, filled with a superficiality which, whilst looking closer, subsides to a certain profundity and irony. ‘Kind du musst was lernen sonst verdienst du nichts‘ (‘Kid, you need to study or you won’t earn anything’) and ‘Wenn du Angst vor der Zukunft hast, kauf dir einen Pool /Wenn du zu viel Geld hast, schmeiß es in den Pool.’ (‘If you’re afraid of the future, buy a swimming pool/ If you’ve got too much money, throw it in the swimming pool’) , fragments of Plansch‘s lyrics – which are combined with Maurice’s auto-tuned voice, catchy beats and groovy computer effects in the track – perfectly reflect BILDERBUCH‘s sense of subtleness and naivety without forgetting the wit and irony behind it.

Which influences made you develop such a special sound?
ME: The method that we produced the album with influenced it a lot. For the first time we didn’t have a rehearsal room or the opportunity to meet each other every day to be in the same room. We started with a mixture of computer-sent files, demos and then we rented a rehearsal room to try to go back to our traditions. Through this to and fro the sound emerged. And as for artists that influenced the record I would name THE SUPREMES and KANYE WEST. We also listened to a lot of BEASTIE BOYS, which you probably don’t notice. Artists who are extremely driven forward and don’t have any fear of frictions or development. Brave artists. Everything in that direction.

Beastie Boys?
ME: Yeah, the BEASTIE BOYS are a good example for us. The three guys are actually extremely good instrumentalists, but nevertheless did computer-based music. And underneath that is a band, which simply tries things out and hasn’t got any fear of switching genres or maybe taking up clichés, for example bringing Arabian music in a whole new context. Making something new out of it on a very musical level. And that has been an important standard for us. How they come up with things and how they work them out.

We’ll see whether BILDERBUCH can convince music fans on an international level with their outstanding overall concept like the BEASTIE BOYS did once. Austria and Germany are already persuaded – the band’s whole March tour through their home country is already sold out and some of the German dates as well.

But be careful when you see the roguish band live: you could get a ‘Schick Schock!’ 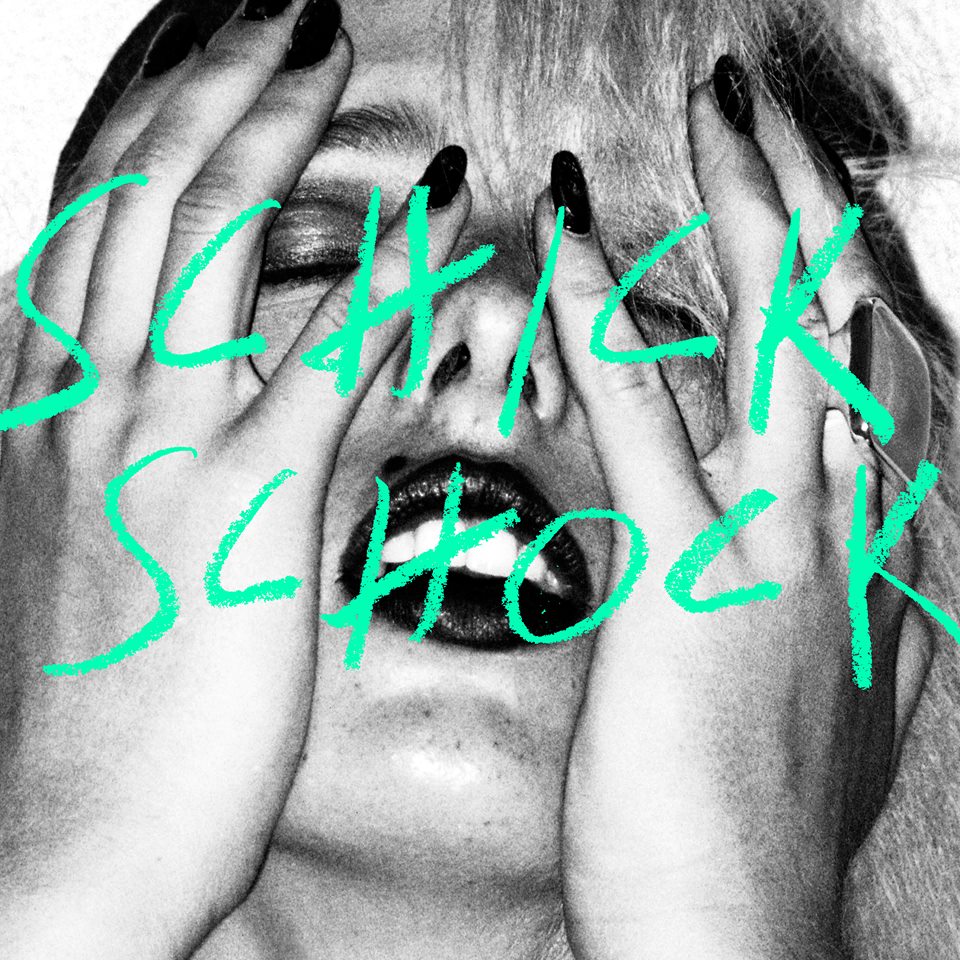