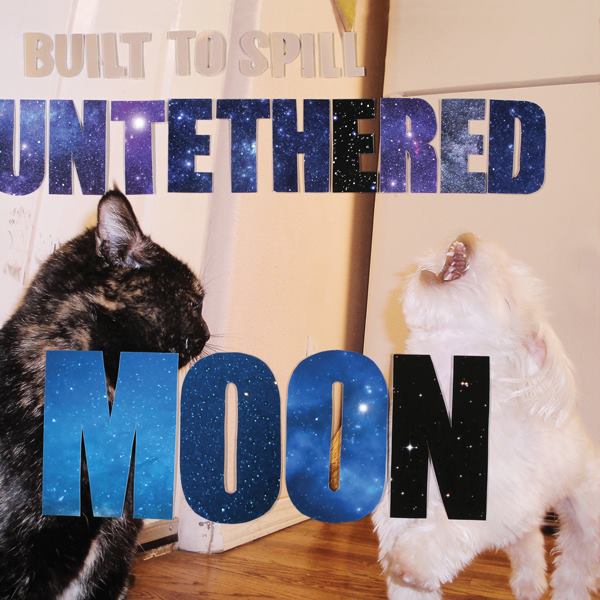 From Wavers To The Moon

For those who are a bit younger: BUILT TO SPILL is the project of Doug Martsch who founded it in 1992 with the intention of changing the band’s lineup for every album. So far the band released seven albums that define the complicated identity of BUILT TO SPILL. Heavy guitars, irregular structures built upon a sound that reminds you of other 80s/90s heavyweights like DINOSAUR JR. and the almighty PAVEMENT. Untethered Moon is the eighth album of Martsch’s collective and it features Jason Albertini on bass and Stephen Gere on drums. It consists of ten songs that are an analysis of human actions and reactions, thinking about losses, behaviour and personal daily needs. But, first of all, Untethered Moon is full of guitars, there are chords and riffs and solos everywhere. A sort of Doug Martsch trade-mark.

How To Never Fall Apart

Untethered Moon opens with a strong rock song that is a reassurance: ‘Rock & Roll will be here forever’, All Our Song is a perfect beginning with powerful guitar hooks and a melodic chorus. Living Zoo smells like THE STROKES went back in time with their DeLorean and bursts in a R.E.M. vocals that remind us that we are humans and animals at the same time. The power of the beginning of the album is linked to the shadows that stands out in songs like C.R.E.B. or Horizon To Cliff. One of the most beautiful songs of this album is surely So, a song that can be violent and sweet at the same time. A little masterpiece.

Never Be The Same

Untethered Moon is another demonstration of Martsch’s songwriting skills. It’s also an album that does not add anything to BUILT TO SPILL‘s career, it follows a natural process. In the latest album of the American band you can feel an atmosphere that becomes darker and deeper than There Is No Enemy (2009). The strong attitude of the guitar sound remains the same. There’s always something that does not change in us but we know that every second that passes we will never be the same. According to Doug: ‘Somehow we get over it, and we go on’. Untethered Moon comes out April 21.

‘Untethered Moon’ is another demonstration of Martsch’s songwriting skills. The atmosphere is darker than on the last BUILT TO SPILL album but the strong attitude of the guitar sound remains the same.