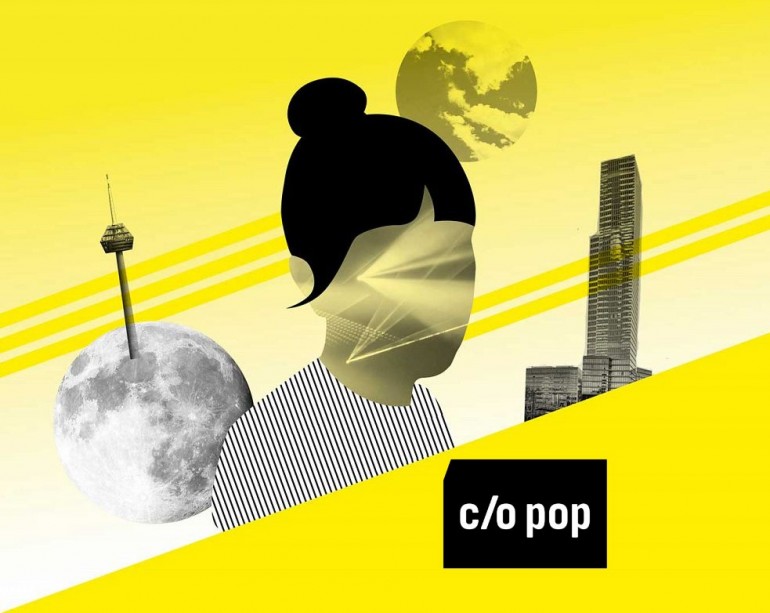 Every year, for the duration of one week in August, Cologne becomes the German capital of contemporary pop music thanks to the c/o pop Festival. From Wednesday to Sunday, acts from all over Europe and overseas enter the finest stages of the city – Tanzbrunnen, Gloria Theater, Christuskirche, Klaus-von-Bismarck-Saal, Stadtgarten and countless others. And as always, the line-up includes not only well-established figures like MODERAT, JAMES VINCENT MCMORROW or RADICAL FACE; just as interesting are the numerous newcomers and local bands that appear at the countless events, showcases and little concerts throughout the weekend, many of which are for free.

This year’s edition of c/o pop marks a watershed in that there are no more separate tickets for the individual concerts. Rather, you can purchase day passes which grant access to all events of that day, or opt for a festival pass valid for the entire duration of the festival. And to top it off, you can win Friday passes via NBHAP, which give you access to performances of JAMES VINCENT MCMORROW, ROMAN FLÜGEL, MARTIN KOHLSTEDT, OUM SHATT and many more. Find more information on that below, along with our concert recommendations.

There is a reason why Berlin-based supergroup MODERAT managed to move beyond the borders of Germany with their brand of cold, rhythm-centred electro pop. The trio, consisting of Gernot Bronsert and Sebastian Szary alias MODESELEKTOR and Sascha Ring alias APPARAT, merge the techno sensibilities of Berlin’s nightclubbing scene with a pronounced ear for dark, haunting synthesizer sounds, tied together by Ring’s vocal performances. What elevates MODERAT above the current level of electronic acts, however, is the deep integration of design collective Pfadfinderei’s visual work into their live show, imbuing the songs of their set with an additional dimension. Their appearance at Tanzbrunnen marks the beginning of this year’s c/o pop Festival.

While Thursday’s headliners and friends celebrate their brand of radio-friendly German-language pop music, Studio 672 serves as a hub for exciting sounds from Germany and abroad. Three fourths of the lineup are comprised by Berlin label Staatsakt’s acts, spanning from FRIENDS OF GAS’s noise-rock-infused post punk over the jangly slacker rock of CHUCKAMUCK from Berlin. The highlight, however, might be the gloomy, yet energetic live show by Hamburg-based indie rock band DER RINGER, who are appearing in support of their stellar debut album Soft Kill, released in January this year. Sandwiched in between is the set of 17-year-old George van den Broek alias YELLOW DAYS from Haslemere in South England, presenting soulful, psychedelic songs with a delivery not too dissimilar to KING KRULE.

Just around the corner, at Club Z im Zimmermann’s, independent music publisher Sentric Music presents a selection of its finest newcomers from Germany and the UK. Kicking off the event is one of Münster’s finest musical exports in recent years, SOMME PARTEL. The four-piece outfit led by Australian frontman Daniel Larsen plays its brand of jangly indie rock with a grace and ear for delicate guitar tones that is seldom seen with traditional guitar rock bands, while retaining a primal energy best experienced within a live setting, where SOMME PARTEL perform songs from their upcoming self-titled debut album. They are followed by Mülheim/Cologne-based three-piece band BELLCHILD, whose multi-faceted blend of electronic and analogue sounds reminiscent of PORTISHEAD and FLYING LOTUS earned them a slot on this year’s Open Source Festival. The evening is concluded with performances of Berlin lo-fi pop band SNØFFELTØFFS and anthemic synth-meets-indie pop duo THUMPERS.

Who: CUT_, The Mysterons, and a secret act
Where: Hans-Böckler-Platz / Zum Scheuen Reh
When: Friday, August 18, 5 PM
Tickets: free entry

Not only German acts are presenting themselves at the numerous showcases during c/o pop Festival. It’s also our neighbours from the Netherlands who try to surprise us with their selection of promising up-and-coming acts. This year, the Dutch Impact showcase takes place around Cologne West station, on an open-air stage on Hans-Böckler-Platz and the small but mighty pub Zum Scheuen Reh. On the bill are CUT_, whose atmospheric and complex electronic sound packs trap and pop with a voice reminiscent of LORDE, and THE MYSTERONS, a slightly psychedelic indie pop band with uplifiting rhythms and sprinkling synthesizer and guitar layers, along with a secret act.

5. ‘Super-Samstag’ featuring Nihils, A Tale Of Golden Keys, We Will Kaleid, and more

Who: Nihils, A Tale Of Golden Keys, We Will Kaleid, Watt, Fibel, and many more
Where: Belgisches Viertel / Stadtgarten / Hans-Böckler-Platz
When: August 19, from 4 PM – 10 PM
Tickets: Free entry to all gigs

As every year, the “Super-Samstag” at c/o pop brings a multitude of newcomers to the Belgisches Viertel, giving festivalgoers and casual fans the opportunity to walk around the neighbourhood and experience bands for free at boutiques, cafes, shops and open-air stages. While bands like the folk-pop outfit A TALE OF GOLDEN KEYS have already built up a reputation around connaisseurs, there are countless bands you might hear about for the first time on the plenty showcases presenting acts from Bavaria, Hamburg, Northrhine-Westphalia or abroad. Our recommendations: check out the largely synthetic indie pop of Tyrol three-piece NIHILS at the Stadtgarten Pavillon at 6 PM, or lose yourself in the ethereal soundscapes of Münster-based duo WE WILL KALEID (Siebter Himmel, 4:45 PM). For more lively tunes, check out WATT!’s 80’s-infused synth pop jams at Todd (5:30 PM) or the German-language post-punk of FIBEL (Radfieber, 5 PM). And the best about it: it is all for free!

And here’s the best: Win free Friday passes via NBHAP

NBHAP is giving away 2×2 Friday passes for c/o pop Festival. In order to participate, please send an email to win@nbhap.com until Sunday, August 13, 11:59 PM. The subject line needs to include the phrase ‘c/o pop’ whereas the text of your actual mail only needs to include your full name. Winners are going to be notified on Monday. 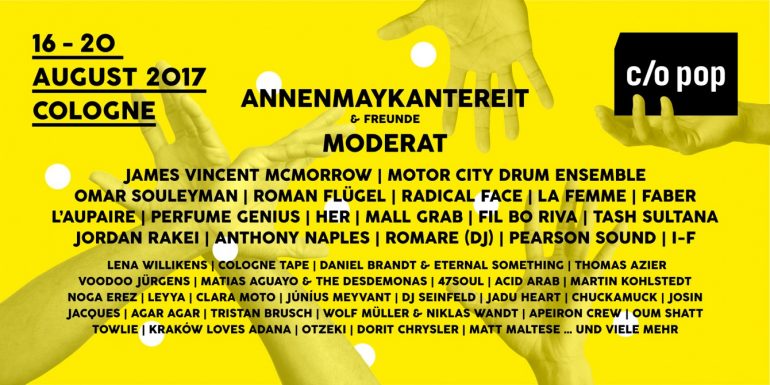