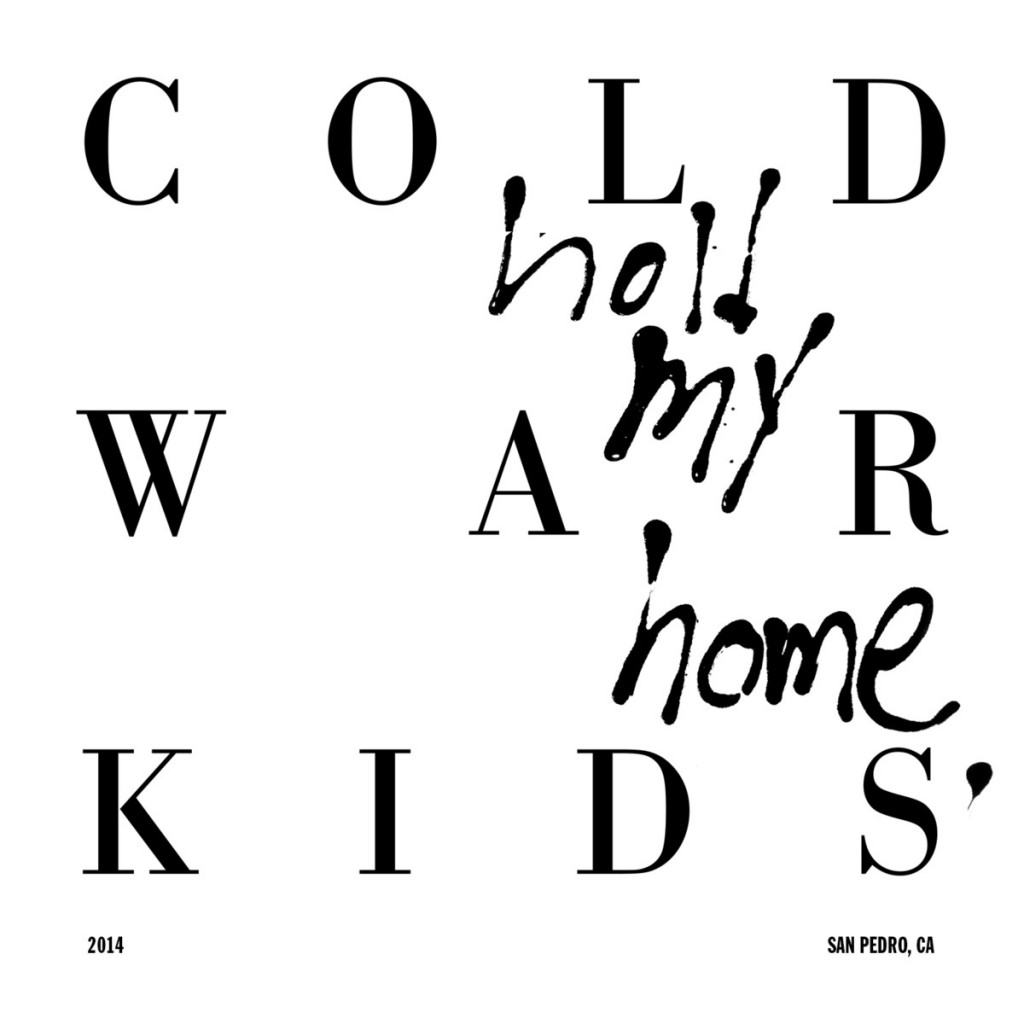 Going home to their roots?
Hold My Home’s intriguing album cover will draw you in as you’re scrolling through the reams of garish artwork provided by the recommended list on your iStore. The album cover, with its block letters and tumbling freehand, reflects COLD WAR KIDS’ continued ability to develop a unique sound out of the strong roots of their musical influences. Their name, equally, has always dictated the bridge they represent between 80s Punk bands like THE REPLACEMENTS and the 00s indie scene. However, in their new album, Hold My Home, they are confidently incorporating the successful work of their previous records as the main building block for a much more individualised piece.

ColdWarPlayKids?
All This Could Be Yours opens on piano chords that quickly assuage the listener’s fears that COLD WAR KIDS, like so many indie bands, would be rehashing old albums. But therein lies the problem. Confident from the applause albums such as Mine is Yours and Loyalty to Loyalty, this album loses some of the personal engagement that attracts many to the indie genre. The band has entered this recording process anticipating its stadium show. But it must be said, although Hold My Home is an enticing advertisement of what, no doubt, will be a compelling live performance, the pitchy vocals and ballad-appropriate guitar melodies are closer to COLDPLAY than the COLD WAR KIDS we all know.

Finding new Forefathers
While an indie devotee may be listening with a sceptical eyebrow raised above oversized glasses, there is no denying that the deep emotion within each lyric, that attracted their earlier fans, has returned with a vengeance. Nathan Willet’s sincere vocals still overwhelm any attempt to make an album of arena-ready anthems. For now, while their 80s origins still lie in THE REPLACEMENTS, the ballads of U2 are also making an appearance. The album remains a record that displays the depth to COLD WAR KIDS, however, in their tenth year together, they’re clearly itching for the bigger stage. Let’s hope that they don’t lose their individual sound along the way.

Arriving only 18 months after its predecessor, COLD WAR KIDS’ fifth album ‘Hold My Home’ displays the band’s urgency for a bigger audience, partly lacking of their former strength.