A dip in the dressing at the 8-bit-buffet: 5 Highlights from CTM Festival 2015

Berlin’s CTM Festival hit the city-wide circle for the last week, ushering everyone’s favourite ‘black-shoes & black-trousers & black-shirt & black baseball cap’ musicians from every corner of the world, to pile 2015’s crushed sounds through the speaker systems of the four or five participating venues (a number which rises to nearly ten, if you include the partnered Transmediale Festival of contemporary visual arts, occurring and partnered in parallel) across Germany’s capital.

There’s always too much to see. There’s always too much to write about too. Journalism in such cases becomes a ‘I saw this and it was excellent/sub-average’ type of affair, so I urge you not to think of this as a comprehensive summary – more a dipped finger in the bucket of dressing at this year’s 8-bit buffet. In parallel, I urge you to just buy some tickets and get down to next year’s event, in which noise, punk, noise-punk psycho’s, psycho-acoustic academia, heavy techno and camped trap, will all come colliding together in a showcase of what’s true and good in music – that is, if you don’t believe major labels still do good things.

Down to the details. Here are 5 thumbs-ups and eyes-downs of CTM‘s Un Tune week.

Logically, starting where CTM‘s doors flung themselves wide to a baying, rain soaked, straight-from-the-hairdresser public might be the best place to start. Last year’s exhibition had a room full of ratchets, bells, hammers and sheet iron in a sort of ‘make your own thunder storm’ theatrical endeavour, and expectedly, Berlin’s young aficionados had turned to rustle more lightening into the room. This year saw exhibitions from Emptyset (more on them later), Anita Ackermann and Anke Eckardt amongst others, displaying grinding concrete hallways where the tiles move, slowly audialising the snail space flow of us through the opening space to the illusionary 3D world of smoke and mirrors which provided ample consideration in an environment away from the wine-queue. A cramped, but very encouraging affair – and since it’s so worth it, I strongly recommend visiting before February 22nd. 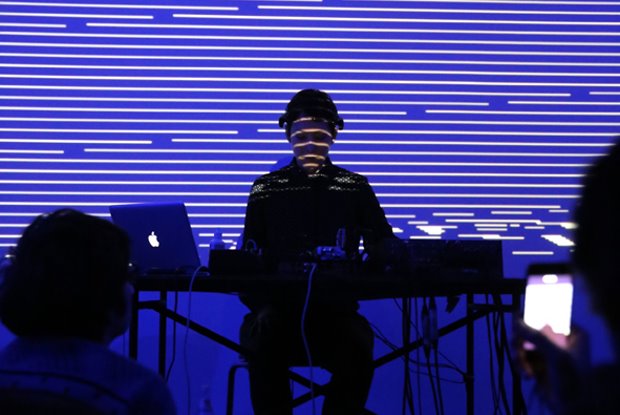 London’s Oscar Powell played a perfect hour. This man’s music is tom drum driven techno, sandwiched between bass-parts you could have sworn were deeper on your laptop and bone-crushing sonics stuck together without the slightest pacifier of glib reverb – a confusing musical landscape to say the least. Often compared to SUICIDE (the band, not the action), this man polarises the hi-fidelity amorphous stretches of acts such as OBJEKT (who was approvingly boogying in the front row), instead favouring four-to-the-floor basement beats, with only his consistent sense of confident musical irony to release the pressure.

Bristol’s EMPTYSET had arguably one of CTM‘s strongest conceptual works occurring, performing a work which streamed audio from the stage of HAU1 in Kreuzberg, to Germany’s oldest radio-station a few miles away. From there the signal was projected to France and back, and the atmospheric distortion from the signal’s long travel was played in all its aggressive glory to us, the audience, accompanied by a projected spectral-analysis of the inputs and outputs displaying the frequency content of the less-controllable atmospheric accompaniment. Ultimately, such concepts encourage artists to want the piece’s process to be fully apparent, thus they create material that encourages the interesting elements of that foundational process to be exposed fully. 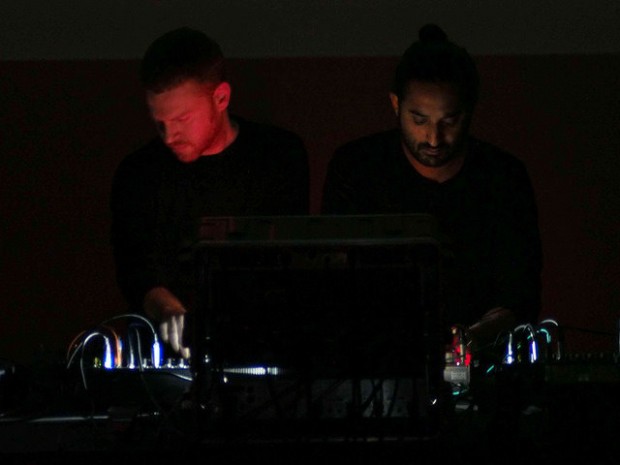 In this case, EMPTYSET appeared to have created blocks that, literally and basically, did things; things like create high distorted passages or feed-backing midrange all the way from Paris. Without the thread of continuity between these disparate blocks, the glorious process they had brought into the room was reduced to fragmented blocks of pink-noise and pulsing subs which left a familiar ringing in the ears of the eager; we had expected something completely original, and only got half.

This is the area where journalism cannot do justice; 100 words cannot discuss the output of three academic’s one hour summary of their life’s work. Psychoacoustics in Artistic Practice was a highlight however; a genuine debate. Marcus Schmickler’s soundly supporting the ‘science can be artistically embodied and still honour the notion of experimentation in the epistemological sense’, whilst Stefan Weinzierl suggested that while our whizzing experiments on the un-nerving effects of psycho-acoustic phenomena were all well and good, unless they were in a laboratory, then it’s not science and we should damn well shut up, abstract it further and make better art. All good fun really; especially the performance of ‘distortion product otoacoustic emissions’ which allowed us to play two high pitch noises, and hear a third part from inside our own ear-drums, which were resonating sympathetically.

The final words will be on SENYAWA, though I will admit this is a review assimilated from 100 different flabbergasted accounts of their event. This tiny, traveling Javanese duo of 7-octave vocal range and a home made ‘piece of wood with strings’ amplified itself into the soul via the ears of all who attended, earning itself confidently the ‘most talked about’ title. The flair and confidence that executed a style that would have so easily become twee, into the screeching, soaring euphoria of the other truly took HAU2 by surprise. Referencing everything that the festival embodies, be it noise and distortion, tenderness or soul, SENYAWA triumphed without computers or unnecessary shine, taking all our most loved timbres and destroying them with nothing but love (and hope and passion) for what they have brought from far away. 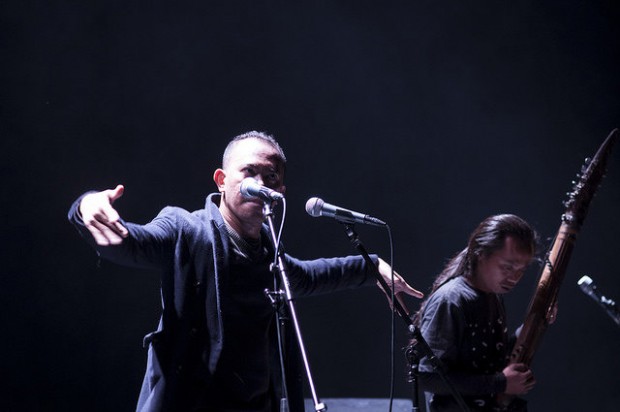 In conclusion, CTM Festival was as expected. No sleep, no money left, no chance to see everything you wanted to. Thanks to everyone who made that happen, be it musically, organisationally or enthusiastically.