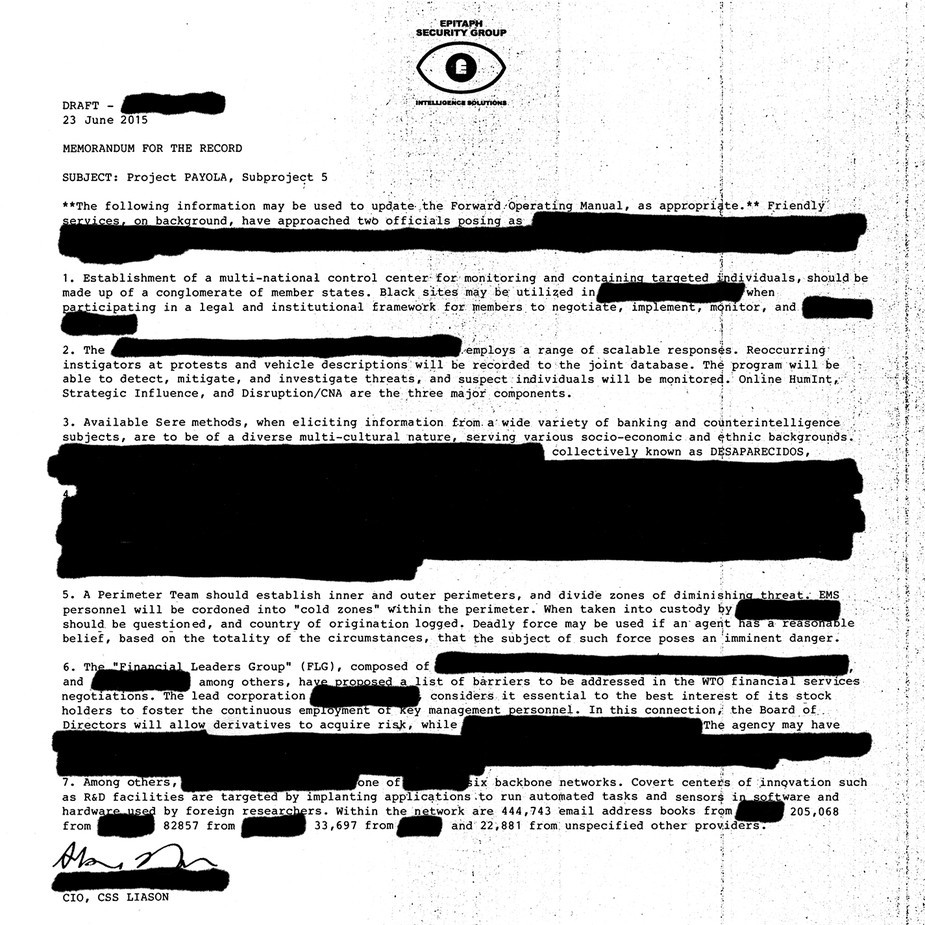 Back in 2002, when Conor Oberst decided to start a side project to his beginning career as folk’s most emotional outlet, he reflected the dangers of himself: “They say it’s murder on your folk career, To make a rock record with the disappeared”. Now that his folk career is not that all consuming monster anymore, the dissapeared (DESAPARECIDOS) are back – with their second album after Read Music/Speak Spanish. Consequently, the guys knew that Payola had to be as thriving, energetic and uncompromised as its 13 years old predecessor. Quite a challenge but they managed it. These fourteen songs revive the spirit of Omaha’s melodic hardcore and punk – always on the verge of imperfection. Which is as much a result of the piled up anger of the band as it is of long time Saddle Creek producer Mike Mogis and guest appearances from CURSIVE‘s Tim Kasher to Laura Jane Grace of AGAINST ME!

We don’t have to beat around the bush: Conor Oberst’s distinct organ of shaking, unsteady rage is essential for DESAPARECIDOS. It’s also been essential for his several other projects, needless to say for his probably most ego-centered one, BRIGHT EYES. To some it might be strange hearing the voice that’s sung us all about his inner turmoil, the broken mirrors, tears and auto-aggressive madness now points its poisoned arrows from inner demons to external enemies again. But the truth is that this equation (BRIGHT EYES – emotional self-reflection; DESAPARECIDOS – angry social criticism) never worked. There’s been a lot of straightforward politics in BRIGHT EYES lyrics (Let’s Not Shit Ourselves) as there are, naturally, in DESAPARECIDOS‘. The main difference is that there’s a lot less ‘Me Against The World’ and a lot more ‘Us against Them’ involved here. Payola sees Oberst, the lyricist, return to the typical self-affirmative ethos of punk and DIY hardcore: There’s evil out there and some upright kids are going to fight it in a classical in-group vs. out-group constellation.

Although it’s not a big deal in Payola‘s lyrics, the album’s title refers to the old record company’s habit of bribing radio DJs and editors in order to achieve more airplay for favoured artists. Nowadays it seems like an odd and outdated thing to even think of – neither are editors and radio DJs the important opinion leaders that they used to be (there are opinion leaders, but mainly elsewhere and on a much more healthy level), nor would it be effective in terms of selling more CDs these days. Payola‘s title seems old fashioned in a way the whole record dramatizes itself: It’s not nostalgic and it’s not outdated per se, but it deliberatley abolishes the convenience of better knowledge. It’s naive and direct in a way that’s seldomly witnessed these days.

It’s easy to flag DESAPARECIDOS’ comeback record as naive and outdated – in fact it’s refreshing because of that exact notion.