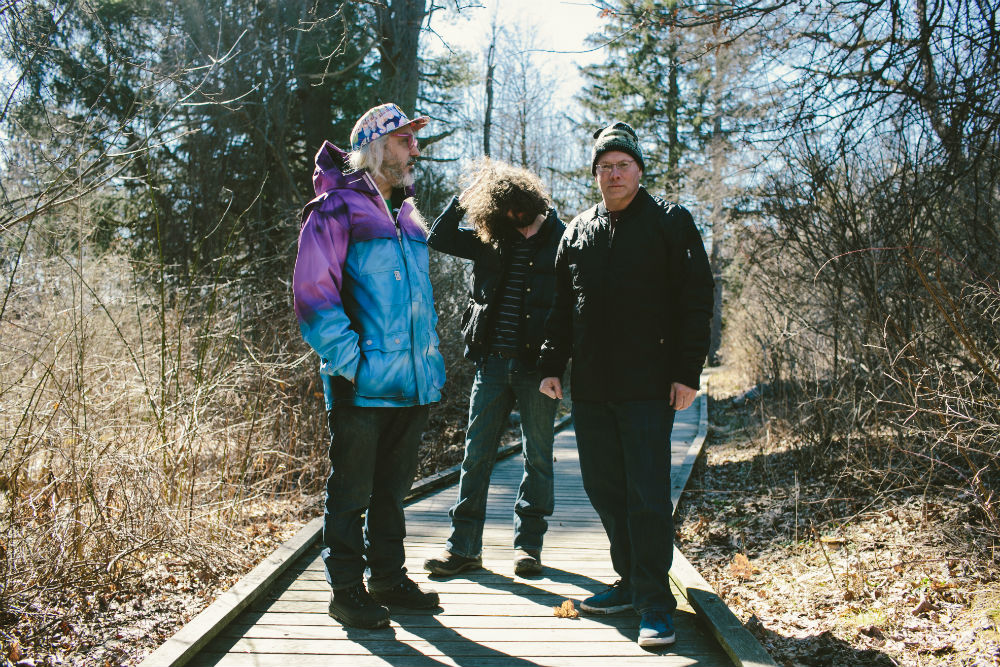 At this point, there’s something pretty divine about the hoary nerdism that DINOSAUR JR. emit. Maybe it’s just the fanboy in me but it really was a sublime feeling, when J MASCIS himself showed up on the balustrade of Leipzig’s Täubchenthal during the set of the night’s support act LULU & DIE EINHORNFARM. Standing there, with no movement, granting his attention for one song only and leaving after it with no sign of affection at all. The reason for which this little scene didn’t come across as arrogant is the main reason for DINOSAUR JR.’s standing in indie rock’s legacy: They’re too big to care and too small to be ignorant.

DINOSAUR JR. just recently announced Give A Glimpse Of What Yer Not, the fourth record since their 2005 reunion. And there is actually no reason to believe that this record will fall short after Lou Barlow, J MASCIS and Murph set off a run as impressive as Beyond, Farm and I Bet On Sky.

The few new songs they played this night in Leipzig, including Tiny, gave the impression of an even punkier edge to their distorted netherworld. But it remains to be speculation at this point wether this is a general approach of the record and also wether it’s because of an even greater involvement of bassist Lou Barlow in the songwriting. What is apparent: He and drummer Murph are just as crucial to DINOSAUR JR.’s sound as their often highlighted bandleader J MASCIS is.

Sure, MASCIS’ appearance, this weird mixture of nerd, hippie and exhausted metal dude, his beyond great guitar playing and the displaced murmur that is his singing are kind of a centre of the band’s performance. But while J MASCIS does little more than autistically swaving his body to the song’s rhythm, it’s Barlow and Murph who really drive them. It’s the ultimate conclusion from after they got back together ten years ago: DINOSAUR JR. make sense as a band in this particular line-up. 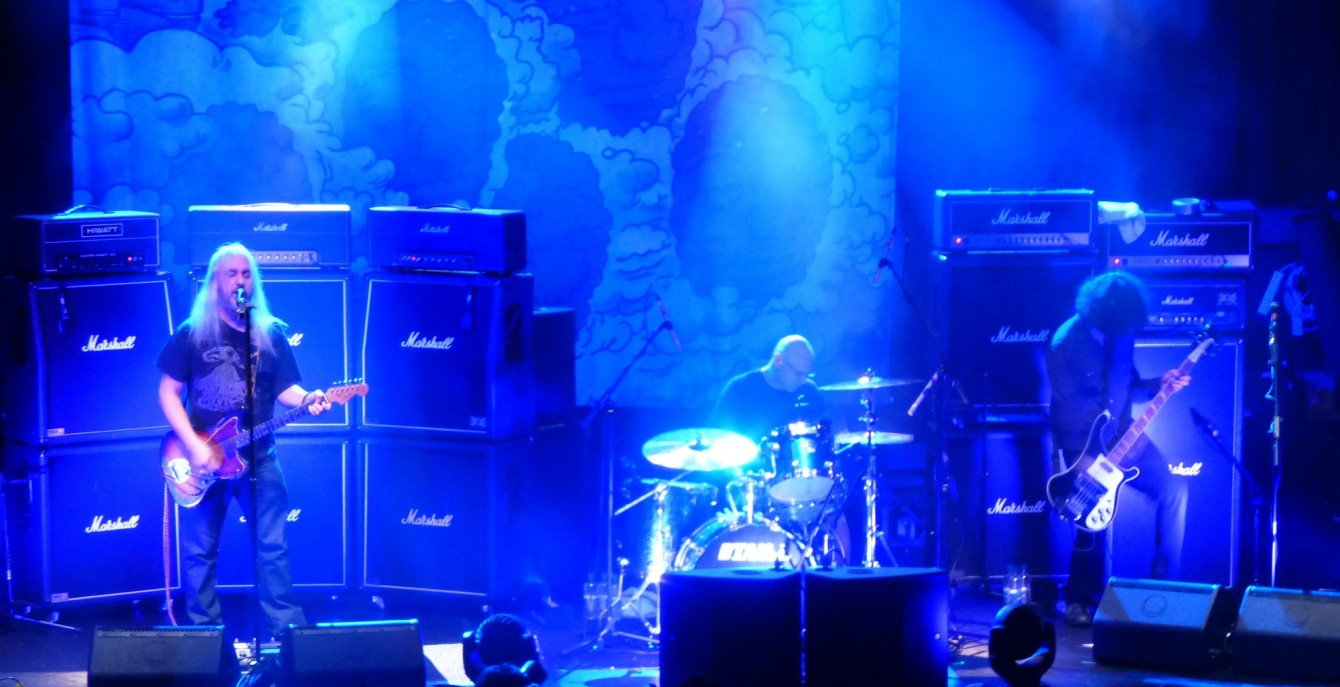 From the band’s classic Freak Scene to a few Farm and Beyond songs the band mostly kept to the tracks of 2012’s I Bet On Sky. With an audience as thankful as the one of Leipzig that night, there’s been no use for further entertainment other than distortion, effects, energy and channeled slackerism. And so they went with it, turning the Täubchenthal into a pretty sweaty environment.

Leaving the building after DINOSAUR JR. played their set felt like being thrown back into present age. Yes, this band is a living anachronism. And no, it has nothing to do with retroism. It’s just like this German guy tryed to express his enthusiasm the other night, at another venue, for another band. But it probably applies best to DINOSAUR JR.: Pretty Cool auf jeden Fall!

Give a Glimpse of What Yer Not arrives on August 5 via Jagjaguwar.