Technically they were never really gone but somehow this still feels like a comeback – after seven long years Danish art pop collective Efterklang finally returns with a new studio album. On September 20  Casper Clausen (vocals), Mads Brauer (synths, electronics) and Rasmus Stolberg (bass) return with Altid Sammen, the official follow-up to 2012’s Piramida. And its first single Vi er uendelig (‘We are infite’) is already a heart-warming reminder on why we missed them so much. ‘We needed a break from the album and touring routine, and we needed a break from Efterklang,’ explains Clausen the decision to move away for a bit back in 2013. 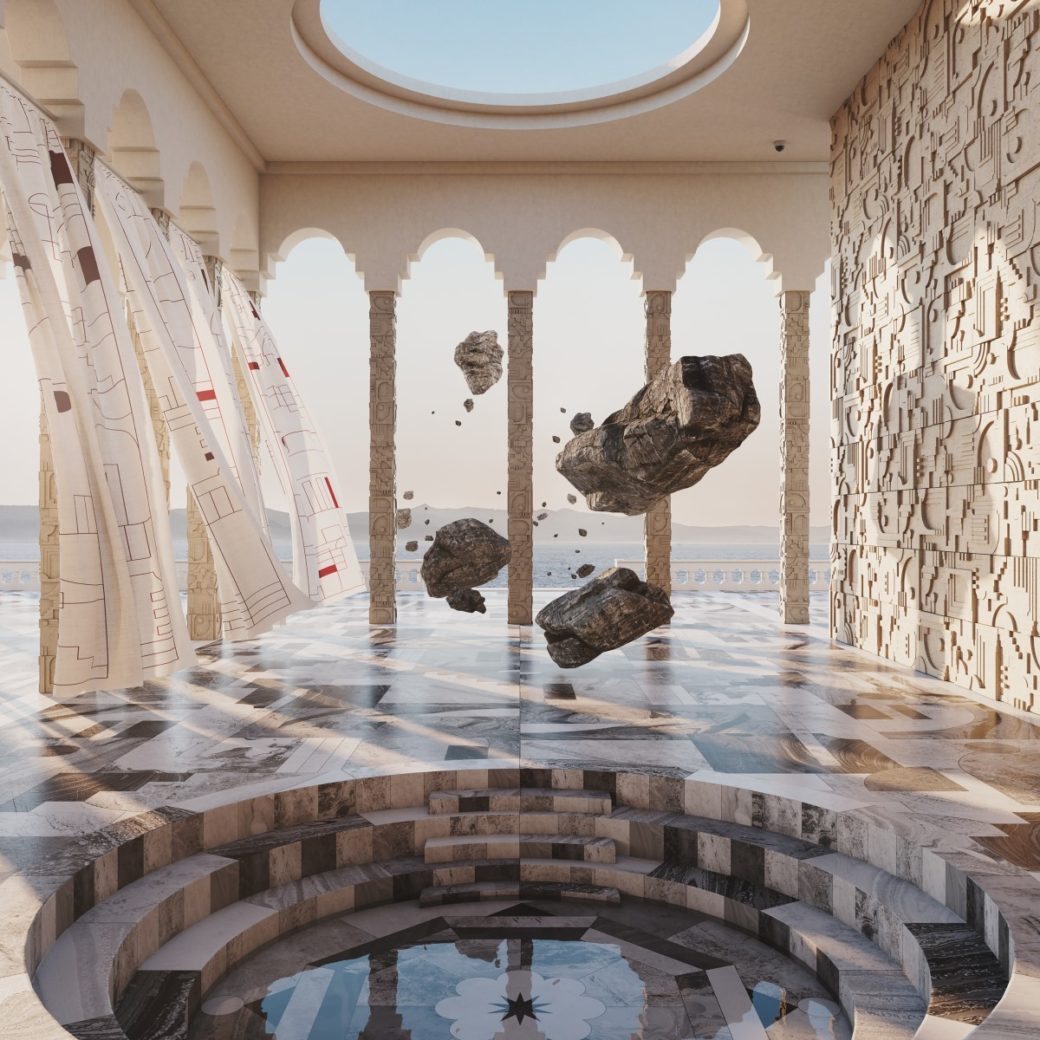 Back then the closing hometown show in Sønderborg feltlike a fitting end for the band’s first chapter and marked an exciting starting point for the next one. Clausen on the vibe after these ‘final’ shows: ‘We could think freely, and move in new directions again, just focusing on the things that excited the three of us.’ So, over the past years the guys remained busy in various forms. They co-wrote and performed an opera with friend and composer Karsten Funda, they formed a new band with their touring drummer Tatu Rönkkö – Liima – and released two really great records in 2016 and 2017. And somehow as the exploration of new artistic adventures continued the three guys somehow returned to Efterklang, resulting in this new LP called Altid Sammen (‘Always Together’)

It was, however, another off-kilter collaboration that re-started the band, this time with B.O.X, a Belgian ensemble founded by lute player Pieter Theuns. Initially invited by Theuns to compose music for a joint performance, the experience inspired and invigorated the trio to return to the studio for a new full Efterklang album. It’s still pretty much how you’d excpect them to sound but also quite different as singer Clausen explains:

‘Altid Sammen’s songs are about belief and togetherness. Not in a religious way – none of us are believers of a defined religion. The words are searching for meaning in intimate relationships, in nature, in death and eternity. The bonds we create; to gather, hold hands, sing or share a moment together. We’re all connected, across nations, age, sex and gender. We come together with all of our backgrounds, and we move apart in all sorts of directions, always together.’

And yes, he’s signing in Danish this time, giving this whole record a way more personal note. The first single Vi er uendelig is a stunning testament of this new less-is-more approach and the simple yet majestic music video (which features iconic model Helena Christensen) really underlines that. So, without further ado: Welcome back, Efterklang. We surely missed you guys!

Altid Sammen is out September 20, 2019 via 4AD/Rumraket, pre-order the album right here.