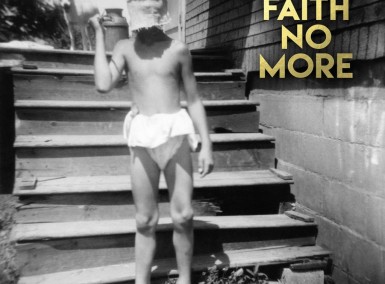 Fundamental Nineties Milestones
In 1989 FAITH NO MORE experienced not only the fall of the Berlin wall (having a gig in Berlin in this night) but also the falling-down of some musical walls. It was their third record The Real Thing that fused genres like metal, rap, punk and funk and paved the way for many crossover bands. Their albums Angel Dust (1992) and King for a Day… Fool for a Lifetime (1995) had a lasting influence on rock music in the following decade. Album of the Year ended the FNM-era in 1997. It was quite a surprise when the band reunited for a tour some years ago and even more surprising when they announced Sol Invictus.

Fighting Nostalgic Memories
Once abdicated, it’s risky to demand the crown back. Sometimes comebacks just don’t feel right (THE VERVE, LIMP BIZKIT), sometimes no one really cares (THE AFGHAN WHIGS, LIMP BIZKIT), sometimes the fans have moved on (GUNS N’ ROSES, LIMP BIZKIT) and sometimes they are simply crap (PIXIES, LIMP BIZKIT). These things do not apply to Sol Invictus. FAITH NO MORE are clever enough to know that they won’t revolutionize rock music for a second time. One can hear that there was no pressure at all and that the band just took time-tested elements (ubiquitous e-piano, Bordin’s simple but effective drums, unpredictable changes in tempo and style and Patton’s astonishing vocal range) and passionately turned them into some respectable songs that don’t sound outmoded at all.

Fierce Noisy Memento
Appropriately enough the theme of mortality or rather resurrection occurs throughout the album that is named after the ‘unconquered’ sun god of the Roman Empire. Pompous lines like ‘We will rise from the killing floor / Like a matador’ or song titles like Superhero (a pacey genre grab bag with a great drum-guitar-battle) and From The Dead (weakest song) indicate a half-ironic, half-cocky boastfulness that fits the testosterone-driven basslines and Patton’s schizophrenic singing that define almost all of the songs, especially the fidgety Separation Anxiety. Hopefully the title suggests that we won’t have to wait eighteen years again.

FAITH NO MORE’s seventh album ‘Sol Invictus’ marks the powerful and passionate comeback of an important band that still has a lot to contribute to rock music.