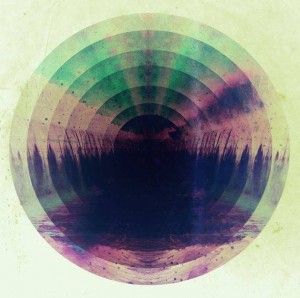 ‘I can see the light coming’ goes the first line of Hard Believer. The music to this line could not be much darker. FINK are starting their new album with a snake of a song. It sneaks around, waiting for the right moment to get you. But there is no moment, it’s a mellow flow becoming more and more intense. You will not notice until you wake up, and then it’s gone.

On their new record Hard Believer, FINK follow the development of their past. Many songs seem light at first sight but appear to be addictive. Simple motives are layered on and on, like it is a heritage of the DJ past of singer Fin Greenall. In those moments, it’s electronic music played with guitars. This is where they have their biggest strength. In the hypnotic, even stoic moments, where they drag the listener in their emotional world. It never drags you down too far, only so far you can stand up again and embrace life.

Songs like White Flag, Pilgrim or Keep Falling are perfect examples for this side of FINK. These are not songs, this is a state of mind. Dark and empowering at the same time. ‘Keep falling until you can’t fall no more. Until you feel like you been falling for way too long then you will know bout me.’ It’s a rare quality to underlay dark words with such a positive feeling without being sarcastic. Having all this weight on their shoulders, those guys seem to carry it with a smile in the pocket. Lines like ‘It’s too late to start again’ come with the firm believe which seems to say: ‘Well, in the end it’s going to be alright, don’t take things too serious.’

There are new sides and developments on Hard Believer too. FINK have discovered their love for pop songs and broader productions. Here and there, they step out of the intimate chamber and let the band shine. Green and the Blue is such a song. In the FINK world, this is for the stadium. It suits them well although their strength remains the rough, the fragile, the walking at the edge of falling.

However they never really leave their unique intimate world, which is so characteristic for the trio. And despite growing success they didn’t took all the options of a pop production. FINK remain grateful for their journey. Following their live shows, the impression stands out that Fin Greenall, Guy Whittaker and Tim Thornton are blood brothers on a mission. The mission contains riot, sentiment and fun. FINK are the personalized modesty. They don’t take themselves too serious, but even more their music. ‘From small beginnings come big ending’. It could be the headline for this band.

Don’t think, just start your journey with ‘Hard Believer’ by FINK and keep falling. You will not notice in the beginning, but it will change you.