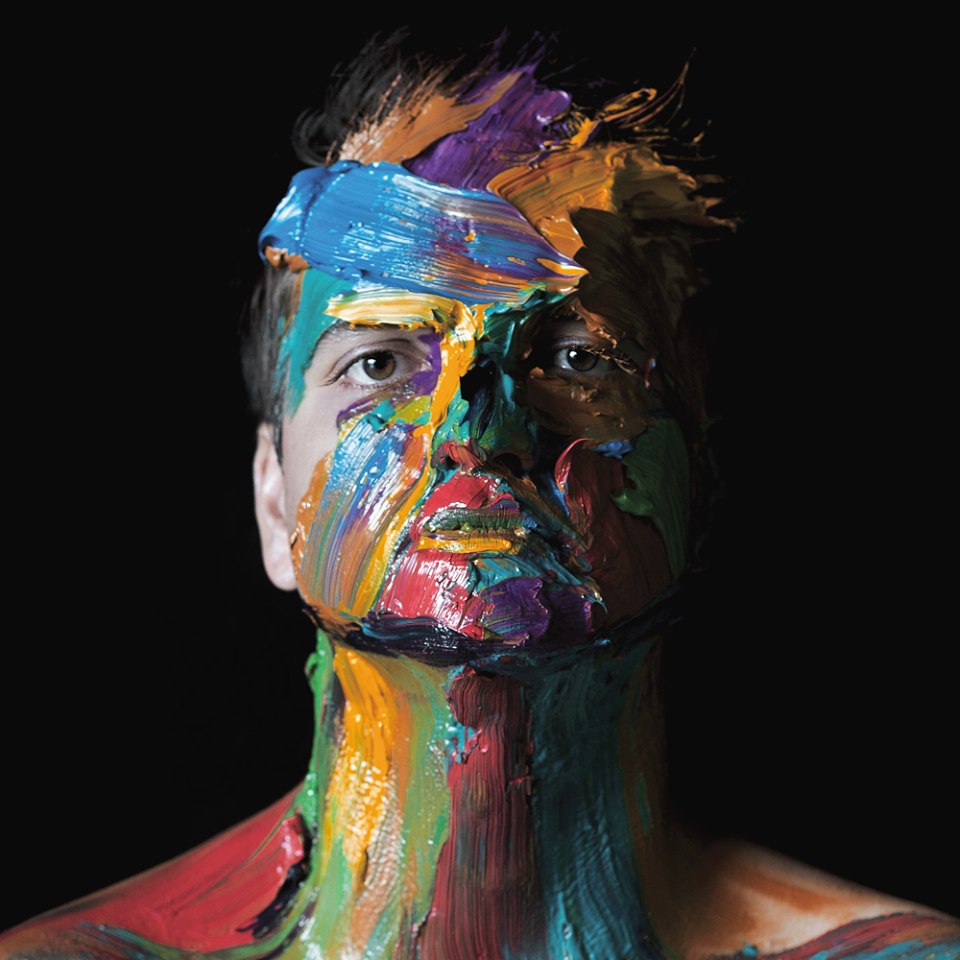 FYFE is Paul Dixon, a boy from Manchester who played in a lot of bands and some years ago decided to build up a solo project. His first moniker was David’s Lyre and behind it he worked on a catchy single that later became Tear Them Down. After a few remixes and covers a new revolution rained down on Paul who begun disguising himself under a new wall of sound: FYFE. This wall is made of electronic sounds and a folk-like foundation and will remind you a bit of a less theatrical version of PATRICK WOLF. Paul’s new record consists of eleven tracks and shows how the young gentlemen is a person of good taste. The video for Solace represents that a very good way the mood of Control: colours of sound that creates beautiful shades and effects. Sometimes warm atmosphere dominate the cold one, sometimes the contrary.

Control‘s artwork shows the face of FYFE buried under a sea of colours, the only thing that emerges are his eyes. Nothing better than this picture could describe this record. All the shades of the album are controlled by Paul right from the moment the beautiful opening track Conversations and his wonderful voice catch all the attention. Then there’s a good twisted chorus that works very well and makes you say: Hello FYFE! Solace and Holding On are two hypnotizing tracks that glide on the velvet tasteful sounds. While Polythene Love is an explosion of colours where a captivating rhythmic flirts with sparkling voices and samples. All the eleven tracks of the record are immersed in colours, in a dynamics vortex where every single moment is never similar to the one before. The more you go on with Control the more you feel yourself sinking into this special vortex.

Colours is an album that also works when the atmosphere becomes more intimate, like in the tender songs For You or Lies Pt. II. The record sometimes reminds of Thom Yorke’s solo works, at the center of the stage there’s Paul and his wonderful voice, clear and powerful, under control in every moment of the tracks. There’s nothing really misplaced in Control. You can really feel the emotions that transport directly from the beautiful songs on the record. Interpersonal relationships and love in its more general meaning are the core of Paul’s lyrics, they are the two main themes in which time, feelings and conversations fall into pieces. Paul Dixon found his dimension and gives us a lesson of good taste. There’s nothing to do but keep on contuining the conversation with him.

FYFE’s ‘Control’ is a beautiful album where his wonderful voice flirts with electronic and intimate atmospheres. Let yourself immerse in colours.