Riot Not Diet: Why International No Diet Day Should Matter To Everyone 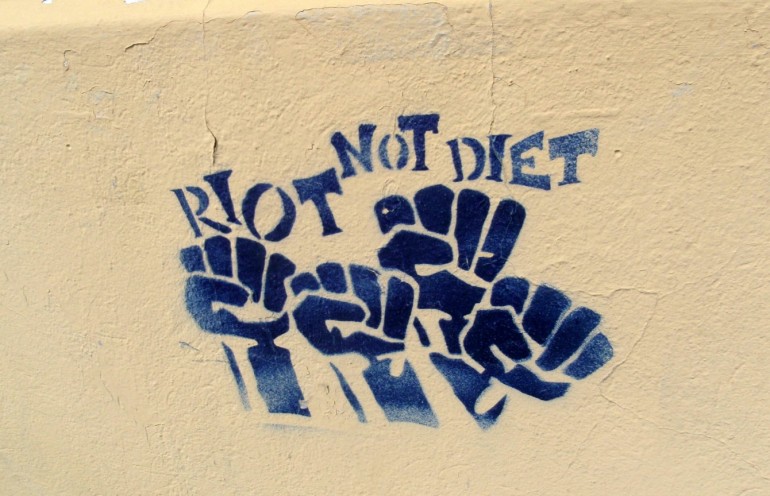 We want to celebrate a very special date with you, for it concerns almost all of us in many different ways: Today is International No Diet Day (INDD), a day to commemorate the importance of body acceptance and diversity. Moreover, May 06 is dedicated to fostering a healthy life style and raise awareness of the dangers of dieting. We believe it’s a vital issue and want to take the chance to look at some aspects concerning this broad topic of eating a bit closer. To give you an outlook, I’ll give you an overview of the different spheres of influence that body awareness and dieting can have as well as an insight into one branch of a more morbid exposure to all that.

International No Diet Day: The Date

INND was invented by Mary Evans Young, director of the British anti-diet movement ‘Diet Breakers’, in 1992. Mary, who’s also a feminist and author, had experienced anorexia nervosa, an eating disorder which causes victims to refuse food intake and to develop an irrational fear of weight gain. After that she started to help people with similar problems, but also those who suffered from other sorts of disordered thinking concerning food and soma, to appreciate their bodies and to overcome noxious thoughts and behaviours. Originally intended to be a UK-based event, International No Diet Day is now a worldwide and annual event that aims to

Reading all these informations that helped me to write these words really left an acerbic and foul taste in my mouth. It comes from a promiscuous feeling of my anger at society and its excessive standards, my incomprehension of human behaviour and offensiveness, and my deepest compassion for all those who suffer from these burdens and injustices. By definition, weight stigma, also known as weightism or fat shaming, is discrimination or stereotyping based on one’s weight, especially overweight people. The effects of such denunciations – like mocking, bullying, segregating or harming persons concerned – are devastating. And all this due to an overall concept of ‘normal and abnormal’ as well as a social norm that’s continually altered and far from reality!

Any form of stigmatization can lead to a devalued social identity and victims run a high risk of deviance and mental problems that they may haven’t had before.

In order to determine and treat fat phobic prejudices and stigmatization caused by obesity, a measurement called ‘Fat Phobia Scale‘ was invented in the mid 80s. This list contains items (like lazy/industrious, no will power/will power, attractive/unattractive, good self-control/no self-control) that are to be ranked on a five point scale (1 point means having the least, 5 points the most fat phobic attitudes). Even though this test helps people to improve their views, ignorance and insulting perception are still far too common. So obviously, it’s society and false commercial images that contribute to make you ill! Now, how sick is that… 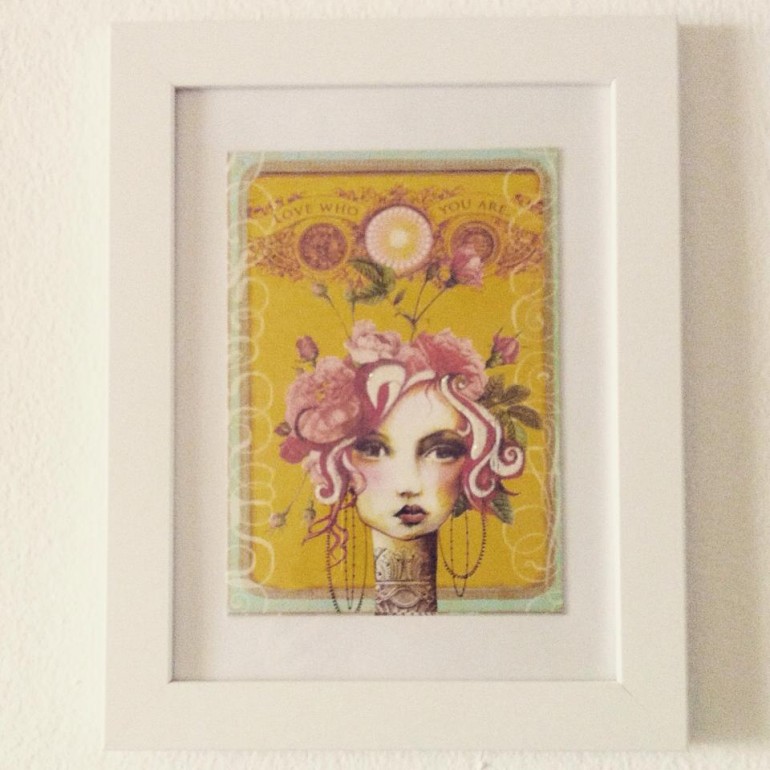 When bad habits become a diseasedness

A few lines earlier, I was referring to that disgusting taste and feeling that this whole topic leaves me behind with. It is not only my sympathy for others which makes me so empathetic in this case; it’s also the fact that I’m writing this essay for good reason, for I am a victim of an unwholesome handling of eating and self-awareness as well. I have suffered from bulimia nervosa for several years now, a disease that forces me to stuff large amounts of food into my mouth in a very short time frame, only to get rid of it by puking it all out again. Other ways might include taking a laxative or diuretic and/or excessive exercise in order to avoid weight gain. Affected people usually have mental health issues as well, including psychiatric disorders like anxieties, substance-misuse disorder or self-harm. That counts for me as well, in a way that I’ve been depressive and suicide-imperiled for months respectively many times. Hence, I can relate to the risks and distress of and caused by food and your own self-perception. Of course it must be pointed out that, in order to develop an eating disorder or to think of annihilating yourself, some other factors play an influential role as well, like genetic components for instance!

Nevertheless, media portrayals of an ‘ideal’ body shape are widely considered to be a contributing factor to bulimia.

Metaphorically, the whole binge-purge cycle stands for the conflict between the omnipresent wish to be as happy as we are constantly suggested to be – look pretty, be in love, have a career and many friends – and the extreme concern with our own deficiencies that eventually lead to low self esteem, which results in these strict dietary rules that are so destructive.

I found help in several ways: one was to open myself up and talk to family and friends about my problems; another thing that assisted me to regain self-esteem was the opportunity to write reviews, interviews, and articles for this magazine. I can only encourage you to seek and accept support and to never feel lonely, if you go through the same or similar hardships. You are so worth it and there is always a chance!

Society’s obsession with being thin is even bigger when you are constantly under supervision by publicity. Many TV and movie celebrities as well as musicians have secretely gone through an ordeal before they finally opened themselves up to overcome the permanent pressure. Star of the famous series Girls by Lena Dunham – a badass role model in many ways, but also in terms of body perception and diet refusal, I admire her a lot! – Zosia Mamet bravely confessed that she’s battled an eating disorder since she was a little girl. Also Mermaids-schweetie pie Christina Ricci and Ellen ‘Power Lady’ DeGeneres’ loverly wife Portia de Rossi have been through a hell of suffering from anorexia and bulimia. Only recently, singer Kelly Clarkson came under attack by ignoramuses due to some weight gain after pregnancy while SPICE GIRLS’ ‘Posh’ and ‘Ginger Spice’ lost a shocking amount of weight after the group fell apart. Superstar LADY GAGA is another victim of the glamour world’s standards and still fighting to accept herself despite her haters’ animosities. I could keep on dropping name after name, but I think you see what I mean here: it doesn’t matter how strong, rich, loved, famous a.s.o. you ‘seem’ to be, the struggle is the same and you need to go through a long healing process in order to make it. 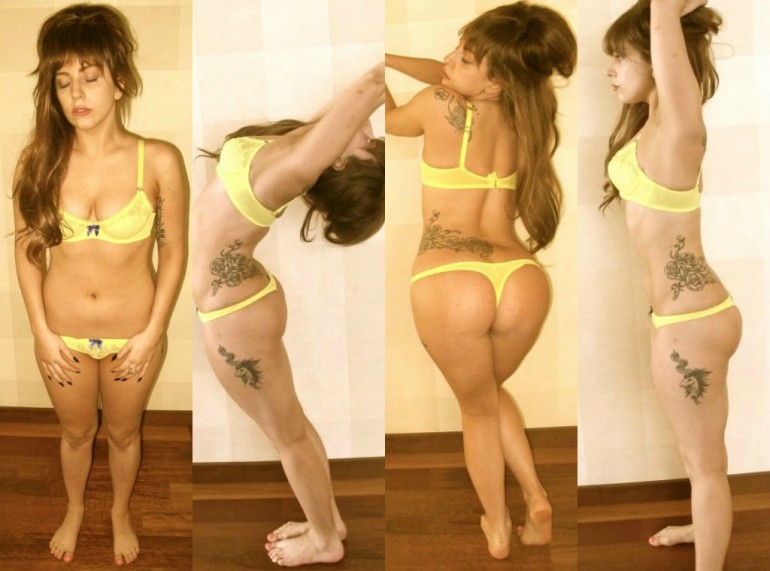 Dieting as a form of self-harm

International No Diet Day is so much more than only a 24-hour period for you to make peace with your body and to free yourself from any deprivations.

It is important to show ourselves quite plainly that dieting and excessive food regulation can cause serious damage to our physical and mental health.

Not only have studies proven that yo-yo dieting can cause congestive heart failure, hypertension, and clogged arteries, but it’s also a fact that dieting has a failure rate of 98%. In other words, a diet is nothing else than a denial of important nutrition for the body, but the global diet industry misuses the term to speak of a better body and a better life. Furthermore, dieting is a common cause of overeating, for it increases the risk to lose the feeling for your own needs. This can, in combination with a genetic vulnerability, lead people directly into the arms of an eating disorder.

So what does that all say about weight loss programs, meal plans and calorie counting? In fact, the only way that people should be dealing with weight management is the one that’s grounded in medical principals of nutritional food management. However, regarding the countless number of people, priorly women, struggling with diet concepts suggested by magazines or unqualified people, the call for clarification of facts plus a revised self-concept is more than urgent.

Therefore, we celebrate this day even more, for it can be the start into the right direction for each of us.Feel encouraged to enjoy to eat what you like, to buy the dress you’d love to have, and to text that person you have a crush on – even if you are not a ‘size zero’ (delete this word out of your vocabulary forever). Choose to be healthy and happy the way you are, and set yourself goals apart from body-related ones: learn a new language or explore the city you live in. Choose to be yourself and live a lovely life regardless your weight, shape and eating affections. 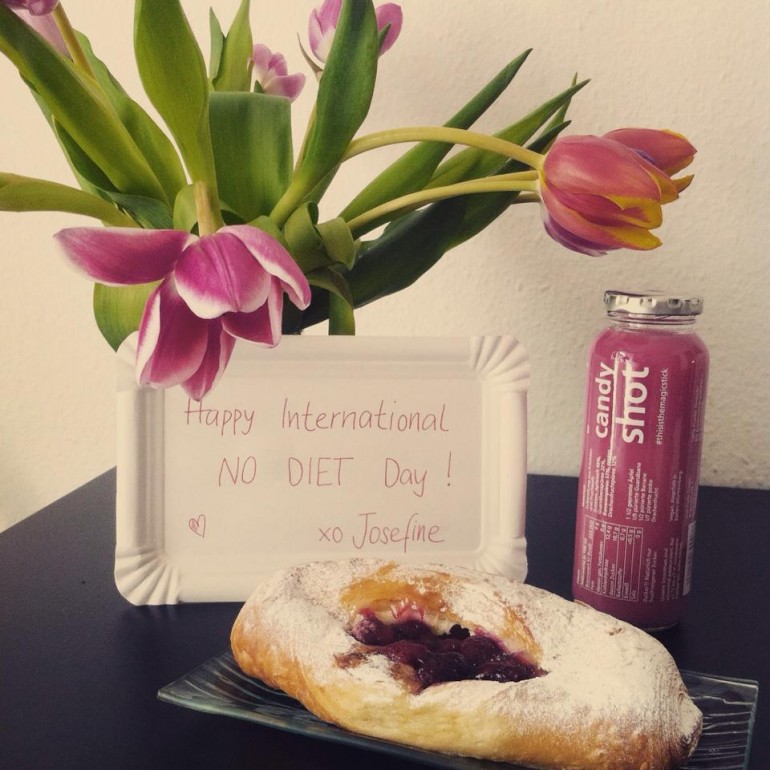 Let this mantra become a part of your lives a little more day by day and start right now in honor of INDD with some of these suggestions:

Make this day count and celebrate your life!