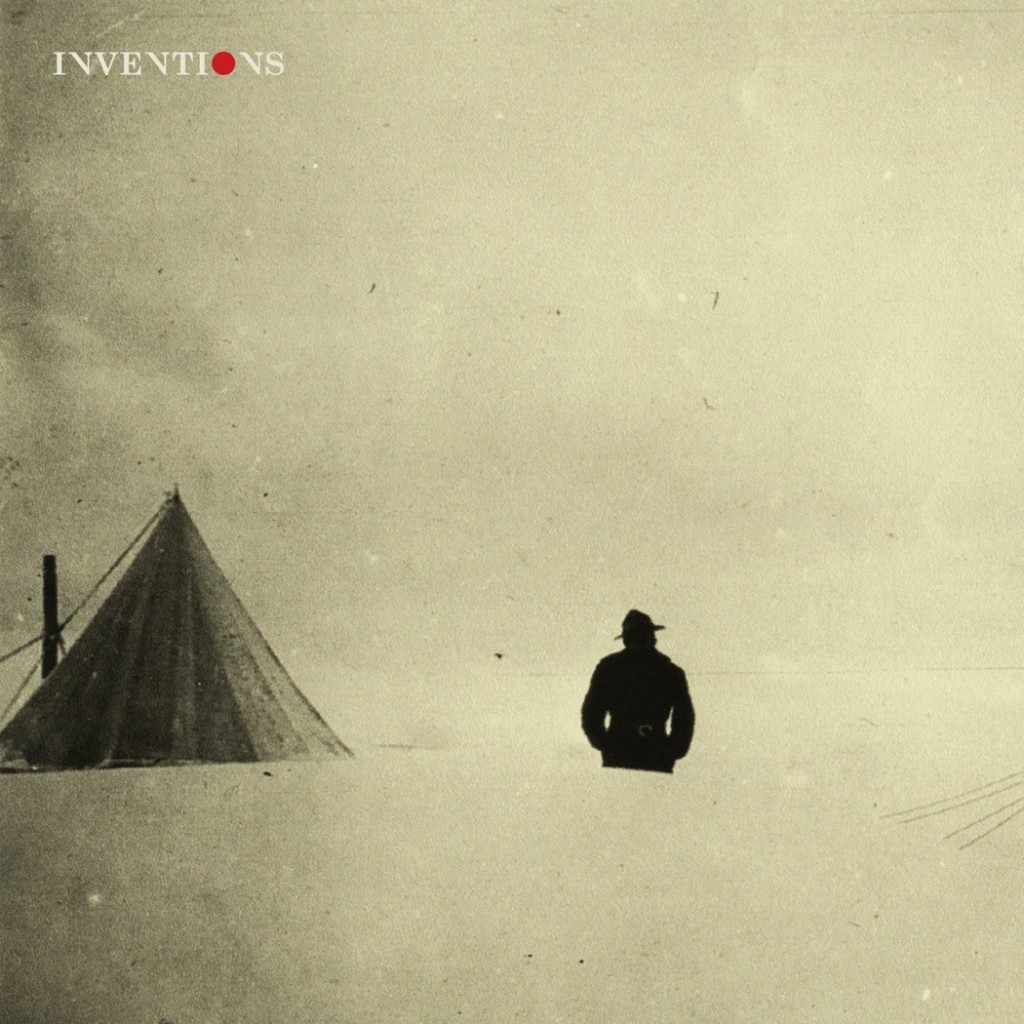 Tracklist:
01. Escapers
02. Springworlds
03. Peregrine
04. Slow Breathing Circuit
05. A Wind From All Directions
06. Wolfkids
07. Moanmusic
08. Feeling the Sun Thru The Earth at Night

A history of experimentalism.

Everything sounds abstract in Texas. EXPLOSIONS IN THE SKY are a well-known instrumentalist five-piece from the US’ second biggest state known for their layered and elaborate music and exploration of the edges of the band format. They’ve built a career on the basis of dissecting tradition rock music, tossing the remains against the nearest wall and seeing what they sound like as they drip towards the floor. A few years ago their guitarist Mark T. Smith got together with ambient musician Matthew Cooper, better known as ELUVIUM, to form the band INVENTIONS. Their self-titled debut was released in 2014, and now they’ve returned with second album Maze of Woods. Two albums within twleve months. Not bad.

And Maze of Woods is an album filled with gorgeous moments. Escapers is a crafted piece of work, all gentle rhythm and guitars drifting in and out of focus. Peregrine is music as a blurred image, drifting into life on the back of occasional bursts of piano and echoing, fragile vocal fragments. A Wind From All Directions has a sense of washed-out grace, an ambient fuzz of digital squall and peaceful, glittering sounds. No doubt, there is a decent amount of highlights you will notice throughout the album. But they will challenge you to find them at the most unusual spots.

A struggle for focus.

However, on the critical side of things, the very nature of the album means that can occasionally come across as a bit vague. It slips by in one movement, making it difficult to find points and moments to focus in on. Maze of Woods can sometimes sound like an outstanding film score that only needs a film to compliment it. It’s wonderfully sculpted, exquisitely pretty, but it will prove a bit challenging to the casual listener. A niche interest then, but one that definitely deserves the time and effort if this is your bag. For the converted, fans of ELUVIUM or EXPLOSIONS IN THE SKY, it’s very worthy of your attention. For others, it deserves to be explored, but may eventually prove a little too off-piste for all tastes. But this isn’t the worst you can say about a record, right?

The second outing for Mark T. Smith and Matthew Cooper’s INVENTIONS project confirms their ability to craft a pretty soundscape, but may prove a little elusive to many listeners.