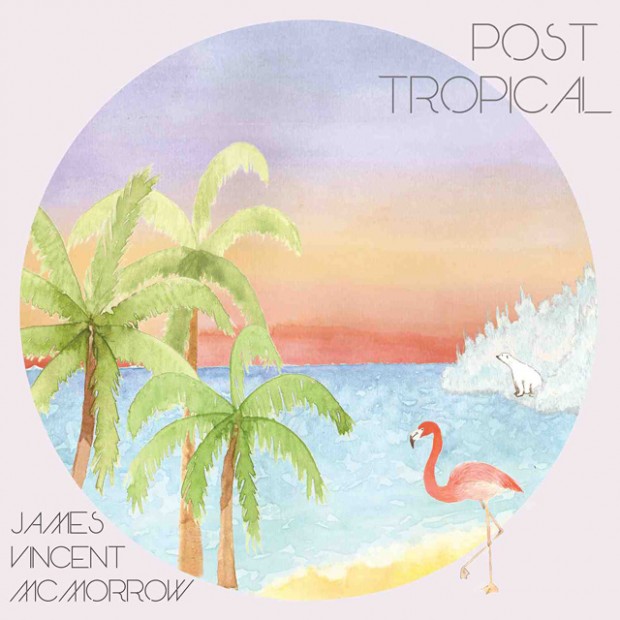 “For me, ‘Post Tropical’ evokes a style of music without you having a clue what it sounds like. It’s warm and familiar, but there’s something there that’s maybe not quite what you think it is. I just wanted to make the most beautiful thing that I could imagine. And that was it.“

These are the words the Irish singer-songwriter JAMES VINCENT MCMORROW used to describe his new record Post Tropical. You truly can’t force the album into specific music genres. It’s everything and nothing. But one thing is obvious- it is in any case beautiful. There is MCMORROW‘s soft falsetto voice- pushed in the foreground by descreet sounds.Unfortunately sometimes on the verge of kitsch: in some songs – for example Red Dust and The Lakes– he exaggerates the height and also the Ah’s and Oh’s.

Admittedly you could say that Post Tropical is a record for women: It is sad, deals with love (” I remember my first love“ – Cavalier), there are choral, intermediate parts filled with epic appearing instruments and of course MCMORROW‘s mellow head voice. But what’s wrong about being a record for women?

Post Tropical starts with Cavalier, a song which takes quite long to develop itself- at the beginning there is just MCMORROW‘s comfortable voice and little piano chords, then some claps and background voices which turn the song into an R’n’b track are added. And of course the compulsive, orchestral drums supervene. The song is nevertheless restrained – like almost every piece of the album. The Lakes is filled with bells and a choir – reminding a little of christmas. Pretty tear-jerking ( in a beautiful way) is Red Dust : “Sometimes my hands/ they don’t feel like my own/ I need someone to love/I need someone to hold“. Post Tropical is one of the strongest songs on the record- it features pleasant triols, has his high and lows, rears up surprisingly in the chorus and appears overall duskier then the other nine tracks.

With his second album, “Post Tropical”, JAMES VINCENT MCMORROW managed to create a beautiful record. Unfortunately he sometimes tries to be too special and therefor some parts appear exaggerated and affected. 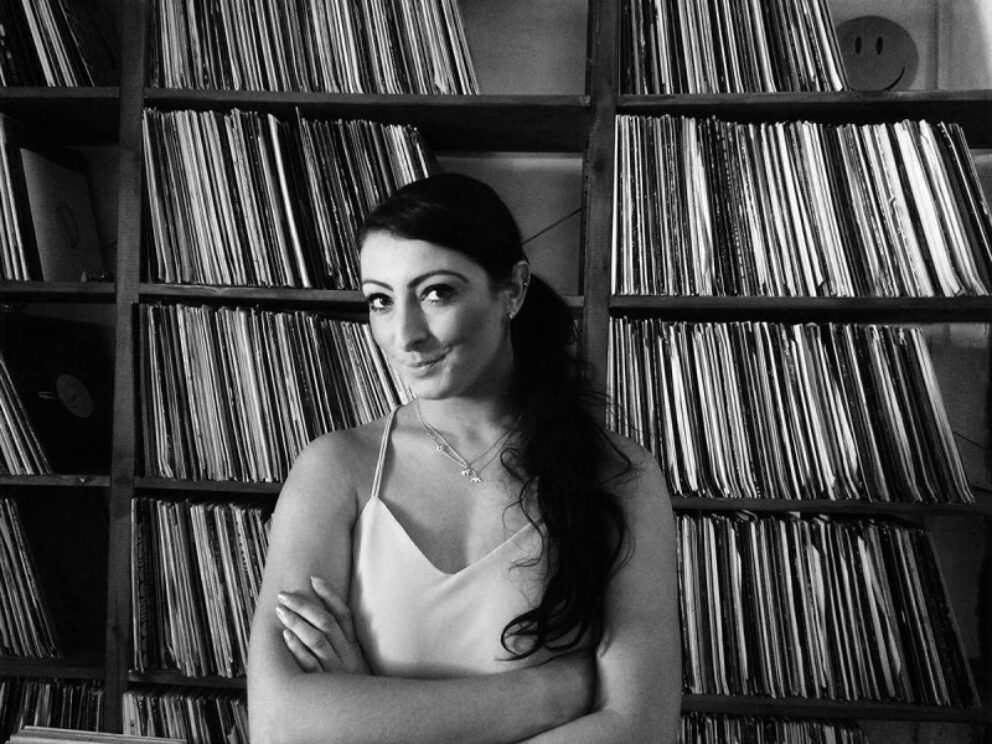 “I Am Just A Part Of The Jigsaw”: Introducing Rebecca Vasmant

Scottish producer and DJ Rebecca Vasmant's 2022 EP "Dance Yourself Free" delighted fans with its exciting and expressive style. NBHAP author Elana Shapiro sat down to talk to the artist about the record, performing in Berlin, her Scottish roots and the new music (and exciting collaborations) on the horizon.