Julia Holter – ‘Have You In My Wilderness’ 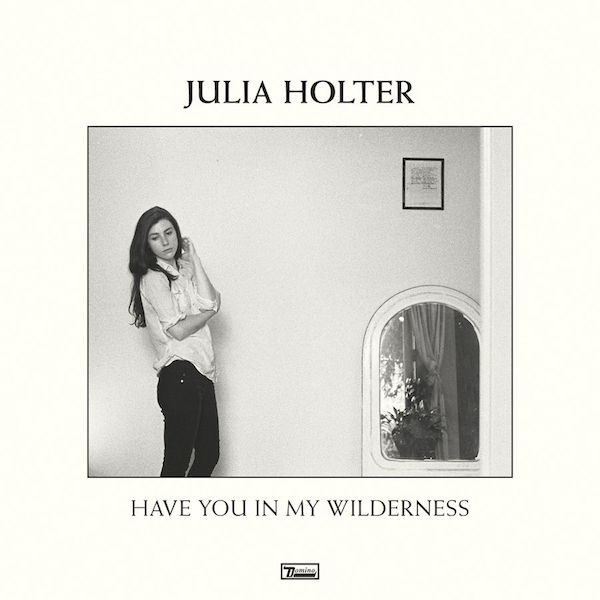 [one_half last=”yes”]JULIA HOLTER
Have You In My Wilderness

Just calling her previous three albums experimental would not do justice to JULIA HOLTER‘s work. In the beginning, her songs made their way out of the simplicity of her bedroom into what should become her own little space full of elaborate ideas and ambitious recordings that she shared with her listeners. Instead of incorporating big pop gestures and solely chasing after an eclectic sound to test her own abilities as a trained composer, the Californian songwriter always left enough room for haunting melodies that she somehow managed to intertwine with her overall avant-garde like approach to make music. Not being afraid to fill her songs with more abstract imagery and sounds, Holter always seemed careful not to drown her albums in terms of these features.

In a lot of ways, Holter has grown to become one of America’s finest and most daring songwriters. A role she continues to fill with her new album Have You In My Wilderness, but not without questioning the current path she has been exploring. Determined to constantly evolve, she created an album that allows her to give in to her sound aesthetic, but on a much more intimate level this time. Whereas in the past, the songs were often based on literary references and therefore a strong imagery connected to preexisting literature and film, the new songs don’t rely on the same kind of external sources. Without dismissing her love for poetic lyrics, there is a new found immediacy on this album that is also reflected on a musical level.

Most notably this shift is expressed by a sound that resists the temptation to use layer upon layer and an overall hazy atmosphere. One of the main reasons for the much clearer picture is the fact that Holter’s voice is being foregrounded on the new songs in a way we have never heard her before. It fits well with the brighter and warmer feeling the record radiates along with the stream-of-consciousness lyrics. At times, there is even a breezy feel to it all. However, haunting ballads like Night Song or the Jazz inspired Vasquez quickly balance this impression.

Have You In My Wilderness is warm and glowing in many ways without neglecting the dark senses that just put enough weight on the record to make it another ambitious step in Holter’s journey.