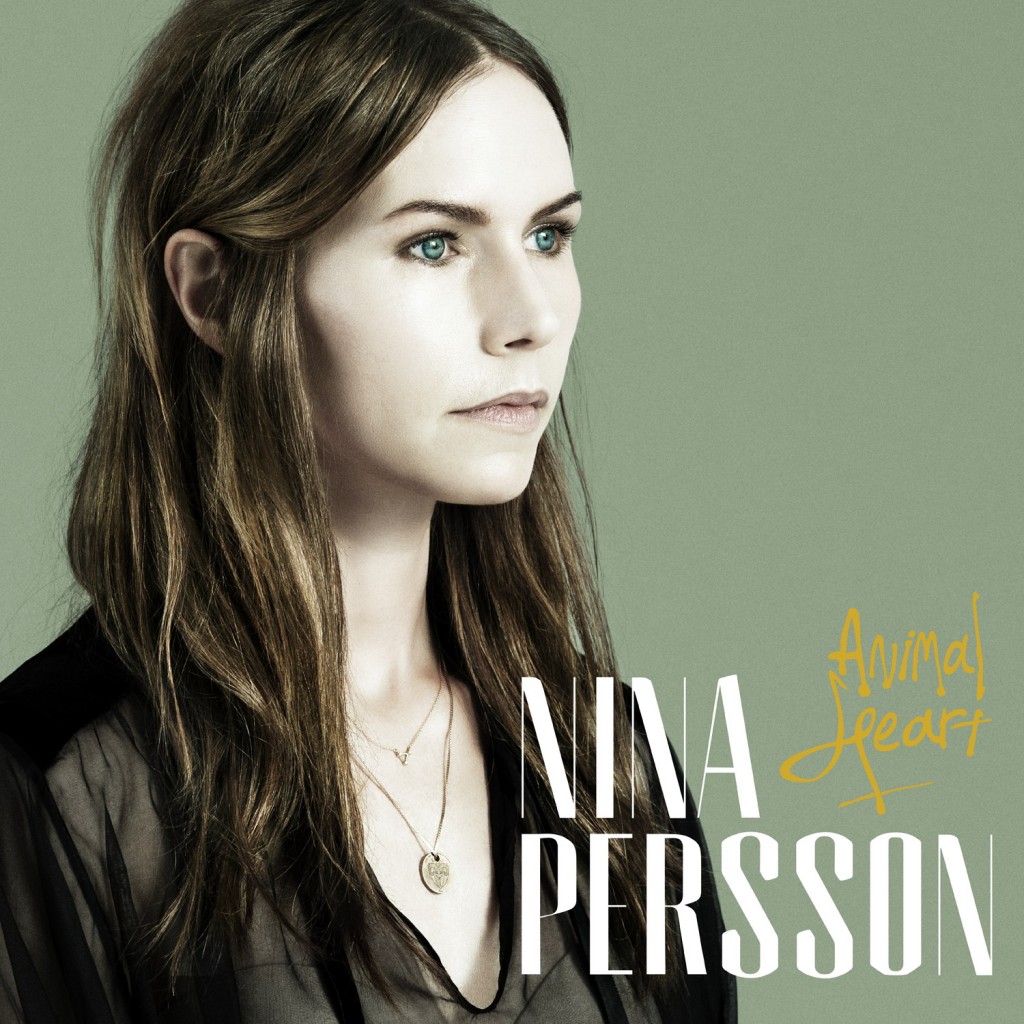 It was hard to imagine how the 2014 version of NINA PERSSON would sound. As the lead singer of THE CARDIGANS, her sugary vocals have a place in the archives as one of the definitive sounds of the late ‘90s. Remember the video to My Favourite Game, where Persson goes joyriding through the desert in a vintage convertible? The leather and bleach-blonde hair has now completely disappeared. In the video for the title track to Animal Heart, a cardigan-clad Persson takes a gentle stroll around the block. Maybe it’s a little bit tongue-in-cheek, but musically this record is also a gentler, simpler, more thoughtful state of affairs than THE CARDIGANS’ pop rock offerings.

Apparently, NINA PERSSON produced Animal Heart with her husband, and there are a few perceptible domestic in-jokes dotted around. The funny elevator music interlude of Digestif; the unabashed homeliness of Dreaming of Houses; the bare-faced lie of This is Heavy Metal. Embracing adult-contemporary with outstretched arms, Persson sings, ‘I don’t wanna talk about the world; I wanna talk about the girls, I want the open spaces.’ From rockier beginnings, the more mature musician seems to be yearning for the simpler pleasures in life.

This is the definition of adult pop-lite: a collection of guitar-based songs in which a singer-songwriter contemplates her history and heartaches and looks at where she is now. It isn’t ground-breaking stuff, and it doesn’t want to be, which is perhaps why it is so inoffensive. Sometimes the tempo is mind-numbingly slow, as in Silver Like The Moon. Sometimes this laxity becomes quite charming, as in the harpsichord-sprinkled Forgot to Tell You, where Persson laments her increasing absent-mindedness: ‘Forgot to tell you about somethin’… don’t know what’.

If Animal Heart were to play in the background at Starbucks, you might recognise it as NINA PERSSON. Those sweet, slightly husky vocals haven’t changed much. Her songs still follow the same poppy, observational blueprint, and are still a little bit too dependent on cliché (take Burning Bridges for Fuel, for instance). You might tap your finger on your latte and smile a bit. Then, you might go back to reading your magazine and forget about it entirely.

A tad too slow-paced, NINA PERSSON makes a comeback with an adult-contemporary record which meditates on the quieter things.