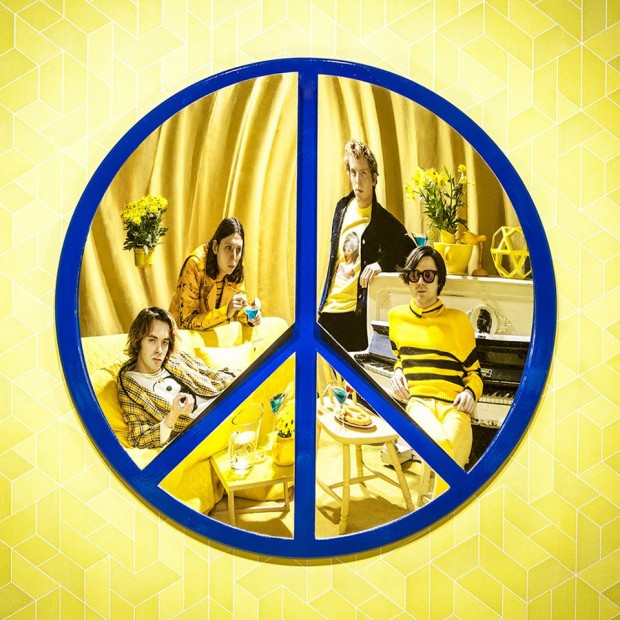 God save the Queen

Soundwise, British bands pretty much invariably kick ass. Their distinct sound is a unique feature classifying them in the grand world of music. PEACE are no exception. The band around the two brothers Harry and Samuel Koisser comes along with this upbeat, catchy rhythms and melodies, reminding on scene giants such as OASIS and BLUR. They max out the full potential of genre alternatives, ranging from blithesome, restless Britpop as in Gen Strange (strangely reminding a bit of VAMPIRE WEEKEND) and upbeat dance sounds – Lost On Me – to atmospheric, post rock elements and classy Manchester rave.

Don’t blame it on the youth

However, lyric-wise, you can tell that these young grown-ups are part of a lost youth, that rather keeps on dreaming, living unsubstantial lives with naive and innocent hearts. Don’t get us wrong, we are not blaming them! They have the right mindset and thus the capability to reflect on contemporary grievances as in Perfect Skin, where sarcastic hipster lyrics and dramatic, blurred sounds criticize nowadays beauty illusions. But all in all, songs like Happy People or Money just want to make us waste away.

…we enjoy to sing along to some dedicative, melodious hymns to love and peace – O You – or to dwell on atmospheric soundscapes – Someday. It’s never just black and white, and PEACE are full of gey scales in the eye of every beholder. It almost feels as if the band can’t really decide. The lyrics are far too often insignificantly cryptic while the music borrows its sound from a variety of British bands of the past. And in the end the question remains: where’s the additional benefit of Happy People. We’re still looking for an answer somewhere in the twilight.

PEACE got stuck in the in-between with their second album ‘Happy People’ as they dream themselves far away from a focussed idea and a certain originality.