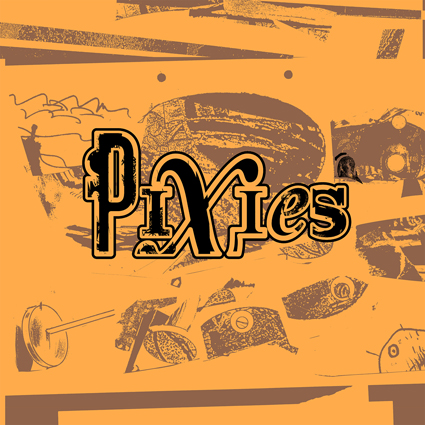 While getting myself into the first PIXIES-record in over 20 years, I couldn’t resist but to make myself a little playlist. The only rule: One track from Indie Cindy has to be followed by a band’s classic. An ‘experiment’ which left me quite baffled. As it is the case with most of reunion-albums, one tends to immediately compare the new songs to what one has gotten used to over the years. There’s no way out of that dilemma. The thing with PIXIES‘ Indie Cindy is, that it is by no means a weak record. But if you hold the PIXIES-standard against it, it is an at times really sad affair. The still irresistible, odd beauty of songs like Allison, Debaser or Here Comes Your Man (guess which one I left out) is replaced by decent rock music with some nice little hooks in it. Apart from that, it’s simply dissapointing.

Of course, no one would have anticipated another masterpiece 23 years after Trompe Le Monde, especially when it came to knowledge that Indie Cindy is just a collection of the already released EPs 1, 2 and 3 plus the new single Bagboy. How could one expect this to be a coherent piece of music than? Nonetheless, after the first minutes into What Goes Boom you’ll eventually find yourself nodding along to the thick and playful riffs, also Black Francis’ voice is surely in shape while it naturally lacks most of its youthful urgency nowadays. Indie Cindy goes on and on and every now and then you encounter singular PIXIES-moments like in the title-track: beautiful melody at first, rough (and slightly stupid) spoken word-attacks following and finally a refrain as sweet as candy can be. But still, even if those moments are present, the simple reproduction of familiar elements doesn’t result in the old magic. Somehow, Indie Cindy is too slick for being old and too old for being modern. The new song Bagboy by the way aligns to that notion.

With Indie Cindy, PIXIES have to faith what a lot of bands from 20, 30 years ago recently had to deal with: Justifying the need for a reunion-record. Some succeed, others fail, PIXIES neither do that or the other. These twelve songs might have been a highlight if they would have been released by a no-name alternative band – but there’s too much subjunctive in there. You can enjoy Indie Cindy if you get rid of some expectations about how this should affect you when there’s the name PIXIES on the front-cover. But it’s also okay to be simply dissappointed.

Their first record in over 20 years is the Pixies’ very own contribution to the discussion about the necessity of reunions – Indie Cindy is simply too okay to be good.