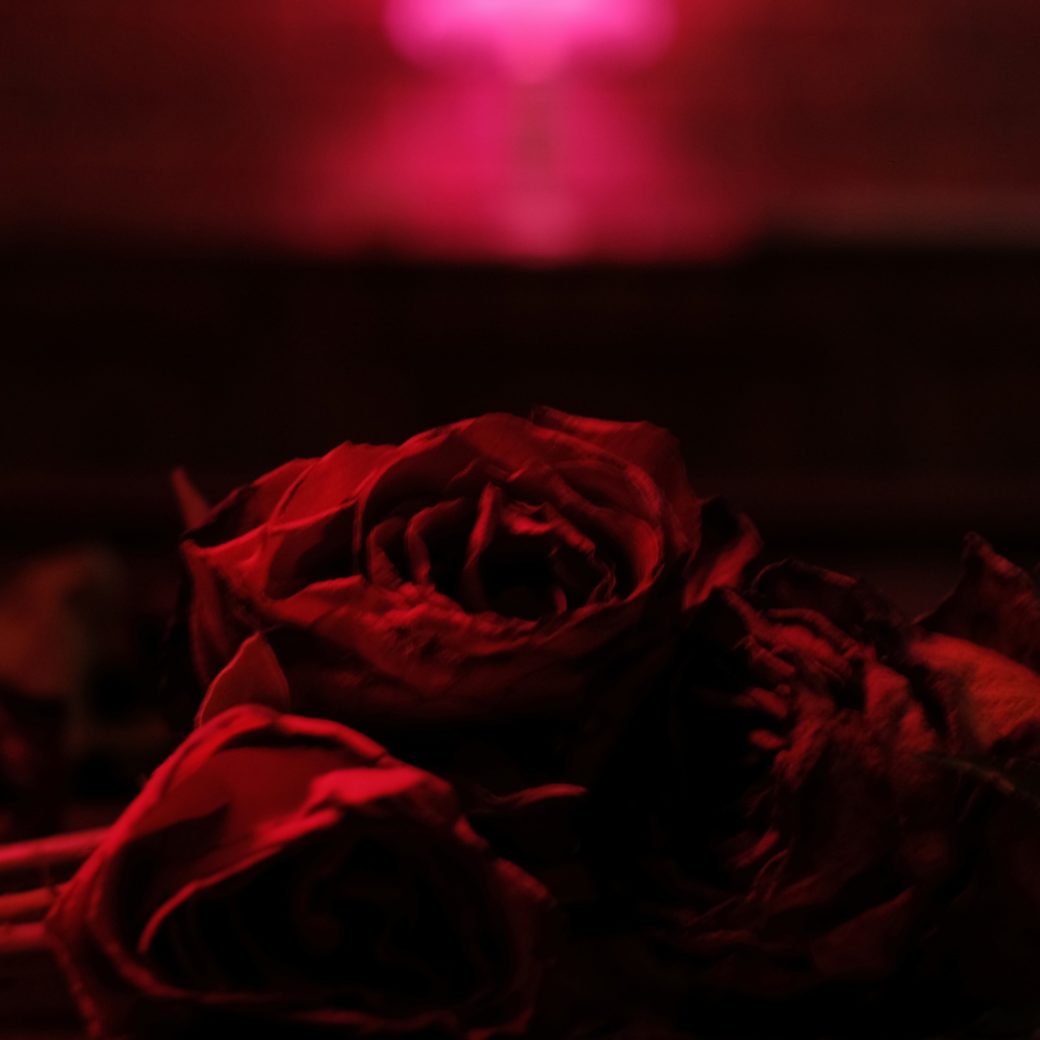 Sounds like … folky ballads to gaze out of the window to.

There are certain albums that just have that melancholic something – the staring out of the window of a moving train vibe or the walking on a busy street full of strangers but still moving within one’s own film. The fifth studio record by Australia’s The Paper Kites is an album that conjures that mood. Each of the ten tracks is dripping with emotions and rainy-day nostalgia.

On Roses the five-piece collaborated with different singers for each of the ten tracks. The carefully curated collaborations give the indie folk songs new edge. Twangy guitars on the stripped back Crossfire are accompanied by the dramatic vocals of Amanda Bergman turning the single into a tear-jerking ballad. The intertwining vocals of lead singer Sam Bentley and Aoife O’Donovan on Climb on Your Tears add to the story-telling effect of the folky arrangement. Without Your Love features the fellow Australian singer Julia Stone from beloved folk duo Angus & Julia Stone, and makes for a more rock-driven song compared to the rest of the record. Roses is a record that smoothly incorporates different influences from various musicians but stays true to the warm folky vibe that The Paper Kites have staked out as their own. While its smooth instrumentation makes it a good companion for background listening, the moments when you stop to listen to the lyrics have the power to convert the world into your own private movie. (Liv Toerkell) 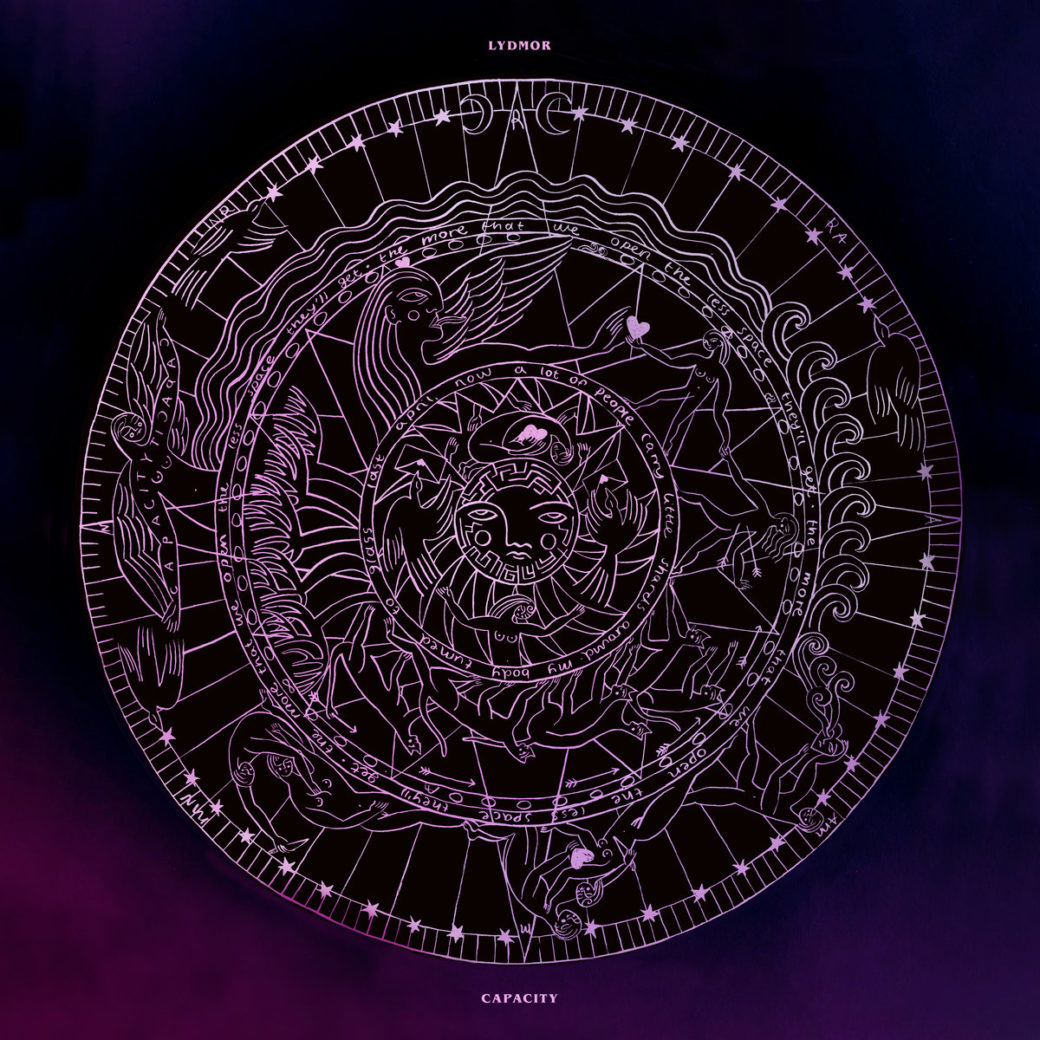 Sounds like … a masquerade ball that turns into a rave without anyone ever letting their mask slip.

There’s a lot to take in on this new album from Lydmor. With three studio albums under her belt so far, it seems as if the Danish singer has used Capacity as an opportunity to expand on the already sweeping soundscape upon which she has built her reputation. It also confirms her as an artist not afraid to challenge boundaries. Sonically and conceptually, the album is a tumultuous affair. A bold mix of contrasts, offering up fearless takes on modern societal issues, such as on the patriarchy smashing LSD Heart, but in other places the mood is a lot more abstract. We hear of Emma on the delicate Emma Spins and Amanda on distorted opener Amanda’s Lullaby and the spoken word offering Amanda’s Dream, but it’s never really revealed who these characters refer to.

Diamond Breeze is a captivating splash of intoxicating disco, as suggestive as it is upfront. The segue into the piano instrumental Labyrinth Faced Man is smooth, and as difficult to interpret as the name of the track would suggest. If You Want Capacity is a thumping techno track that remains relevant thanks to Lydmor’s vocal flourishes and Guilty (Kill Me) reveals a slightly softer side to the otherwise hard-edged artist. Someone We Used To Love is a striking highlight, both a high-octane dance-floor filler, but one that’s also riddled with insecurity. It’s a metaphorical opportunity to stomp out some feelings before moving on, where Lydmor’s breathy vocals command attention and create a sense of passion and despair. Describing the album itself as “a winding maze where it is difficult to decipher what is real and what is an illusion”, Lydmor has identified that there’s as much power in what’s left unsaid as what is not. The mixed bag of sounds across the album also acts to balance the whole record out and unify it as a piece of work. “I have moved further out towards the outer poles, rather than constantly searching for a unified sound. Instead, this time I’ve said: OK, I have something completely acoustic over here, then I need something tremendously hard and electronic over here. I’ve just put things as far out on the scales as possible – and in this way, tried to create some kind of balance”,  she explains. Amidst the multitude of vocal styles and personal themes, the end result is a record that adds to the allure of the alt-pop star. If you want an album that’ll force you to think a little deeper than most and offer an abstract perspective on life, all whilst providing euphoric highs and plunging lows, Capacity is exactly what you’ve been looking for. (Dan Cromb)

The Underground Youth – ‘The Falling’ 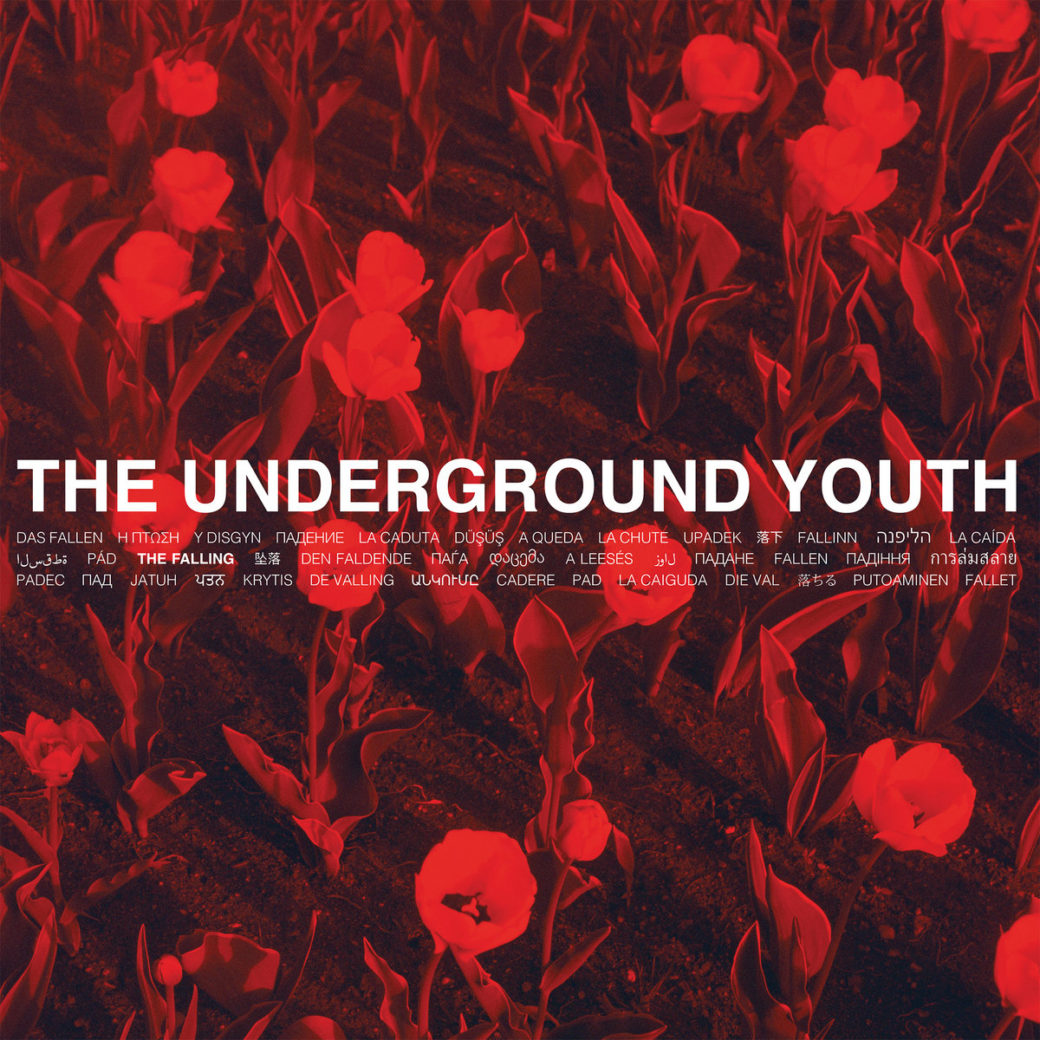 The 10th record of The Underground Youth is in different ways a link to past times. Which might not surprise, since the band has never been the one to come around with a progressive or innovative sound. A gloomy soundscape at the intersection of post-punk and alternative folk has been the band’s trademark, and it still is. But on The Falling it’s especially the baritone voice of band leader Craig Dyer that gives shape to the nine songs. „Lyrically this album finds me at my most honest and autobiographical. I still shroud the reality of what I have written within something of a fictional setting, but the honesty and the romance that shines throughout the record is more sincere than it has been in my previous work.” By doing to he stands in the tradition of great songwriters like Leonard Cohen, Nick Cave or Bob Dylan. “The idea was to strip back the band to allow for lyrical breathing space”. The arrangements on The Falling provide a opne, cinematic soundscape with acoustic guitars, harmonicas and string arrangements to let the vocals fully unfold their dark beaty.

The songs need a couple of spins until their catchiness is revealed, but once you let yourself sink into Craig’s voice and the simple arrangements, the bitterness in his words turns into warmth and you feel and experience the pain. “The idea with this record was to be as honest as possible lyrically and that included addressing the feelings that were maybe harder to face.” Topics like how one’s legacy will look like and how one will be remembered are recurring themes, like in Vergiss Mich Nicht or the slow-burning A Sorrowful Race, two of the previously released songs.  Due to the pandemic Craig saw himself forced to write the demos in a stripped-down acoustic version all by himself. An approach he used for the early The Underground Youth records. “What started out as a set of romantic and deeply personal songs also took on the surrounding frustrations and feelings towards the situation we found ourselves in. Born from the heartbreak of how the worldwide pandemic has changed the industry we were thriving within, this album also functions as a love letter to the past.” (Abhilash Arackal)

The Ghost Of Helags – ‘We Came From The Stars’ 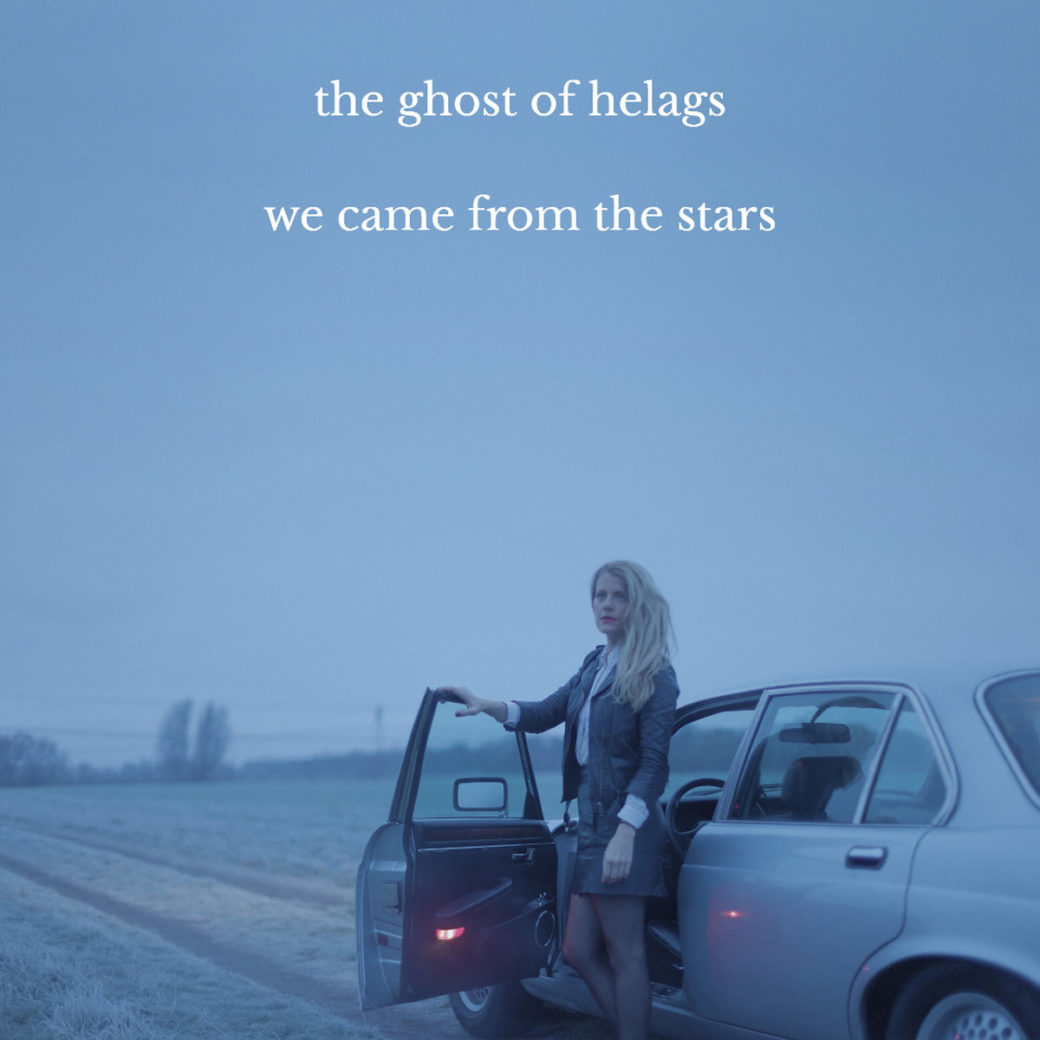 The Ghost of Helags debut album We Came From The Stars sounds exactly the way they’ve been teasing us over the past months and years with the collection of dreamy singles the duo consisting of Teresa Woischiski and John Alexander Ericson released before. The 12- track album features stylized sythn-pop that sounds other wordly, or definitely at least from a pre-Corona world. The songs read like postcards from international travel, such as Bye Bye Tokyo – a tune written on an airplane travelling back from Japan, which evokes the nostalgic feeling of flying away looking over beautiful landscapes. Other diverse locations spring up – such as the Giant Mountains district between between Poland and the Czech Republic as well as a dusky night in Italy.

Sitting comfortably as solid dreamy synthpop with delicate vocals and assured instrumentals, the album presents surprising influences. Wicked Wind, a tribute to singer Kate Bush, reimagines her abstract lyrics. Now located in Berlin the album’s electronic touches nod toward their newfound home. There is a sense that the duo take their time with their music rather than smashing new songs out, each song is crafted and contains a part of each location the pair have travelled to. What is interesting about The Ghost of Helags is these nuances in an album that could easily be written off as just another part of the umbrella term that is ‘dream pop’. The pair show off the ability to diversify their style, in highlights such as Parallel, that depart from the rest of the album. Whether the ability to push that diversity into further experimentation is evident across the album, and whether that is something this album lacks, is a question for the individual’s taste. For an album of well-crafted, nostalgic and escapist melodies to soundtrack your longing for the lifting of lockdown, We Came From The Stars is a solid option. (Tamsin Paternoster) 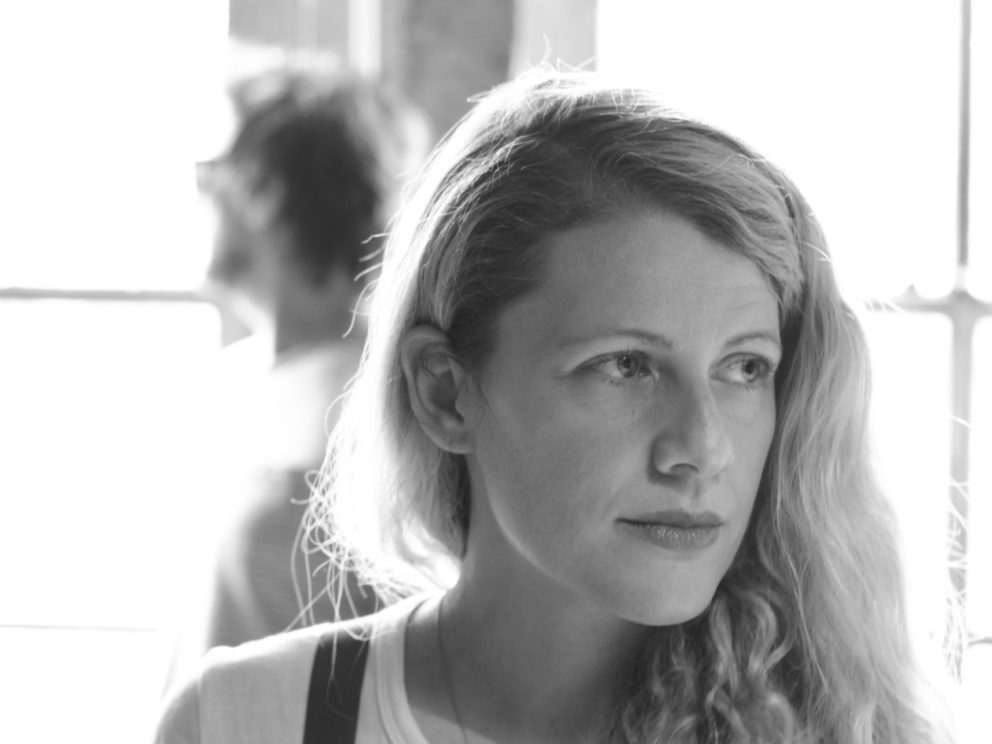 Out of nowhere a beautiful ballad arises and shows more from the fascinating musical cosmos of the anonymous Swedish group.