Thalia Gardens Festival 2013: A Look Back

Getting old is not for sissies, wouldn’t you agree? Surely, there are countless festivals to attend in a tent; sweating, aching experiences with too many people and too much to drink. But fortunately, there’s also a few that offer a really chilled, cozey atmosphere but nonetheless a rewarding musical and social experience. The THALIA GARDENS FESTIVAL in Dresden, Germany basically is one of those few: excellent, carefully selected artists, a beautiful little venue and still the possibility to move, dance and celebrate all through the night, amidst the wonderful urban environment of the Neustadt in Dresden. Once again, this little distinguished festival captured our hearts and minds on the last weekend, establishing itself as an absolute insider tip in the german festival landscape.

With its tiny cinema, the lovely garden-stage and a dancefloor located in the bar-foyer, the THALIA GARDENS first of all offers a lot of variety for its visitors. Consequently, the opening-event on Thursday got both: with GABRIEL MILLER PHILLIPS a first artist to get you in the right mood and before that, a screening of the wonderful movie Piramida that follows the adventures of our Danish darlings EFTERKLANG. Nonetheless, and this is possibly one of the most attractive things about the THALIA GARDENS, you could easily start at any day, or even pick one or two days on which you attend: it doesn’t matter – you’ll always feel good!

Be it because of the Postrock/Ambient-beauty of RUNE SIMONSEN and his pals, the cheerful folk-anthems of MIGHTY OAKS or the excellent musical abilities of Leipzig’s finest electro-pop-combo A FOREST – there was simply no way to get bored on Friday, the first “real” festival day. Clearly, MIGHTY OAKS took a huge step forward since they played the same place a year ago, considering both their live-appearance and the songs of their new EP Just One Day. So that now, there’s not that much space left between them and the big names in the indie folk area. They even got some attention from far above the stage, as some Curiosity-seekers enjoyed the Berlin-based band from their balconies and windows around the neatly decorated backyard. A nice example of how open-minded and relaxed the atmosphere of the THALIA GARDENS is. After all these fine acts, there was still no end in sight, as Berlin-based artist APARDE entered the DJ-stage and delivered his minimalistic ambient-pearls. Credits go out to him and the following PUNKTPUNKT from Hamburg, that this first night ended in tearing down the frontiers. Which in this case were the big glass-doors that separated the cinema from the street – everyone was invited to celebrate along for free. Yet another great symbol for the boundless beauty of that night.

Unfortunately, this day had no chance to be topped by Saturday. Which doesn’t mean that the artists where anykind of less impressive. Charming Danish singer LYDMOR mezmerized the audience despite her sleeping deprivation with a reduced version of her electronic pop songs. The grand piano played an important role in that performance, as well as in the appearance of one of our most precious discoveries this weekend: DOUGLAS DARE. The young Brit delivered a convincing set of diversified ambient piano pieces that rang some bells from a non-electronic version of JAMES BLAKE to ÓLAFUR ARNALDS or NILS FRAHM – which is not that surprising, considering the fact that the wonderful Erased Tapes-family adopted all of them, except for BLAKE of course. Especially DARE‘s version of PJ HARVEY‘s White Chalk hit hard – a melancholic little masterpiece. There’s certainly some more to come from this talented young guy, so you better keep his name in mind.

With these two – afterall pretty similar – acts, german singer MOHNA had a tough job from the beginning as she started to play the quiet cinema-stage. And really, she did not convince at all – sure, everything seemed to be somehow pretty but nothing as captivating as her predecessors. All in all, this second day stood back behind the first, just because there’s been a bit too much of the quiet introversion. Or, as the following KIRRIN ISLAND from Hamburg put it: “I feel a bit like a steamroller after all this.” His humor and music helped the evening to gather some pace again, until RIVAL CONSOLES established his IDM-contrast-program to all the silent songwriters of this day. Pretty rough but still sensitive dance music, yes, this is another great addition to the Erased Tapes-roster.

Partying hard definitely is possible at this festival as well – but you might also enjoy it in a relaxed mood. One way or the other, the last day of THALIA GARDENS served as a last tired cometogether. With JACQUES MÜLLER entertaining the relentless party-animals and another screening of Piramida, the main part of this evening seemed to be to chill in the garden. Which is not a bad thing at all, but still: a pity that THE BONY KING OF NOWHERE was unable to play because of health problems. But there’s alway another chance, right? Hopefully, he’ll make it next year. We would love to be there again, alongside great artists, good people and the will to repeat good memories. We’re not getting younger; but it’s all about dying young as late as possible, as some wise man once said. 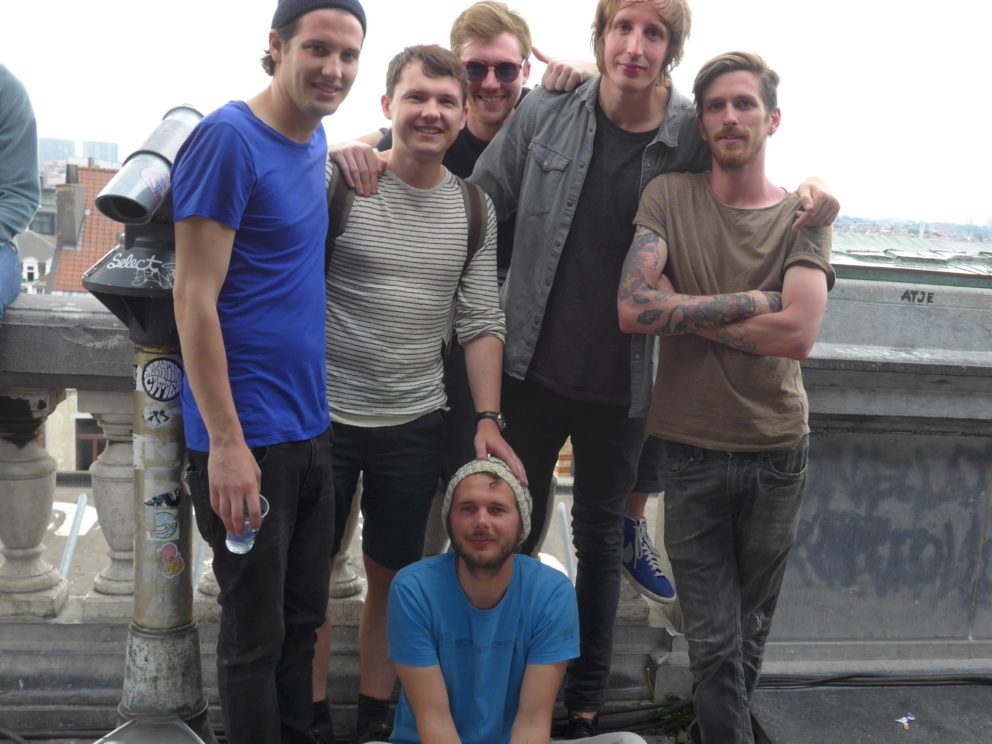