The Afghan Whigs – ‘Do to the Beast’ 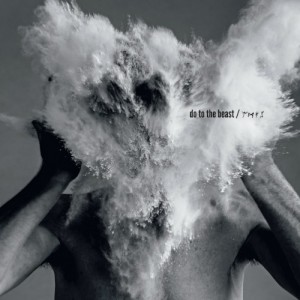 THE AFGHAN WHIGS – Do to the Beast

How do you judge an album of a band that had its last work released 16 years ago? Congratulation? Irritation? Is it a chance or a waste of time?

In the case of Do to the Beast, the latest work of THE AFGHAN WHIGS, it’s pretty hard to come to a conclusion. Maybe some biographical facts first. The band was formed at the end of the 80s in Cincinnati by Greg Dulli, Rick McCollum, John Curley and Steve Earle. Today only singer and rhythm guitarist Dulli and bass player Curley are left from original line-up.

THE AFGHAN WHIGS had their productive years during the grunge movement in the 90s including some college radio hits. In 2001 the group announced its break up, then reunited for a short time in 2006 and returned again in 2012 for a reunion tour including major festivals like Lollapalooza.

In between the members attended to solo projects such as Dulli’s THE TWILIGHT SINGERS and THE GUTTER TWINS with MARK LANEGAN.

What made THE AFGHAN WHIGS come back with a new record? Well, it is tanks to USHER. THE AFGHAN WHIGS, who always had an affinity for R&B, played a surprise collaborative set with USHER at 2013’s SXSW. That must have been kind of inspiring because after that they decided to record the new album. The list of names that helped to realize this project is long and well-known. Among others there were USHER‘s musical director Johnny ‘Natural’ Najera, R&B star VAN HUNT and Alain Johnannes and Dave Catching who have worked with QUEENS OF THE STONE AGE. Mark McGuire, Dave Rossner and Jon Skibic took over the guitar parts from Rick McCollum who has left the band only a short time ago.

What has come of this are ten new songs that generally hit the taste of the classic rock fan and prove that THE AFGHAN WHIGS have not become rusty over the years. Lush guitar riffs, dynamic drumbeats and harder parts meeting this portion of soul and blues that characterizes THE AFGHAN WHIGS‘ music.

The opener Parked Outside makes you listen up immediately and gives you an idea to what the cool kids in the 90s have nodded their heads. The enthusiasm in Dulli’s voice spreads to the listener. Heavy drums and voluptuous guitar chords increase towards a well-tempered finale. If they’ve seen it all, show ‘em something new, sings Dulli. That sounds like a workplan for the next tracks. But unfortunately THE AFGHAN WHIGS don’t keep that promise.

One must admit all songs are respectable and carry a relentless retro-beauty. But there is not that more to add. Even if Dulli points out that he used ‘epochal experiences’ to create songs that come from ‘the neighborhoods’ of his mind, it often feels like he used commonplaces where once have been introspection, personality and honesty like on Gentlemen (1993) or Black Love (1996).

It Kills should be a soul ballad but turns out to be rather soulless soft rock. VAN HUNT howling over it didn’t help. The first single Algiers starts with a promising castanet-drums-guitar-blend but fails to keep its shine until the end since more sound layers are added which make it seem strained.

THE AFGHAN WHIGS wanted too much with Do to the Beast. They should have used the courage to come back to do either something completely new or stand by their ‘old school’ sound and help it to get a revival. The record sounds like they couldn’t decide – some passages seem over-ornated, others trivial. Do to the Beast is like the friend you might like to see again after 16 years but maybe wouldn’t have missed either.

Everyone who has spent the last 16 years in a musical freezer will be enthusiastic about ‘Do to the Beast’. Everybody else will at least discover some long-lost 90s beauty.