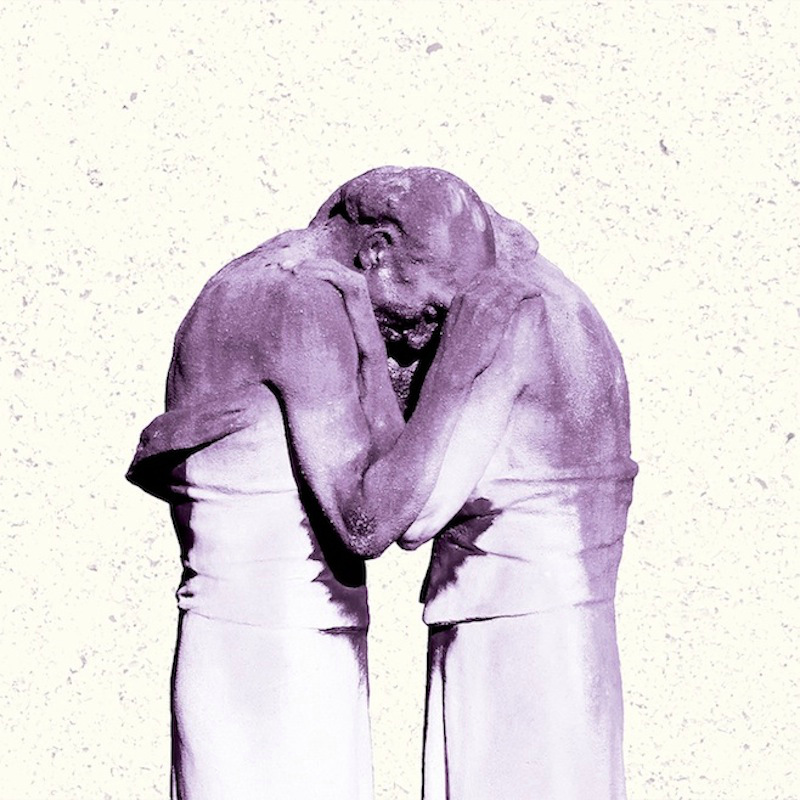 I can’t help it – Peter Silberman seems like a shadowy compagnon at times. Mostly invisible, somewhat haunting when present and damn reliable. You simply can’t shake off his music once it got attached to you. As THE ANTLERS were once formed out of a bedroom-project, Silberman probably knew he was taking an important but risky step. Luckily, he found himself alongside spiritually alike and musically crafted people like multi-instrumentalist Darbi Cicci and drummer Michael Lerner – which is the reason why the 2009 released Hospice became the masterpiece it remains to be. Yet what’s even more striking than this monolith of sad beauty is how THE ANTLERS just continued to release music that’s as challenging for themselves as it is at times for their listeners. They did so with the much less claustrophobic Burst Apart and they’ve stressed this ambition with the otherworldly Undersea.

Now as album number five in seven years of band-history comes our way, we somehow know to expect the unexpected. But still, once again, THE ANTLERS smoothly turn things around without alienating us fellow listeners. If anything, Familiars is the ultimate evidence of this excellent sense for subtle development THE ANTLERS have. Maybe it’s even their most classy attempt to date.

Approaching THE ANTLERS always feels a bit awkward. There’s too much space in both music and words, enabling you to place your own history within these stories; a terrifying process as there’s so much abstract pain that is turning concrete once you give in to it. This simply is the backbone of this music. It’s beauty nonetheless stems from what grows out of it. And sure, if you tease your fans with such strong pieces like Palace and Hotel, you better have some more decent tunes up your sleeve. Of course they have. With Doppelganger or Revisited there is a noticeable return to meandering song-concepts and therefore enough of the aforementioned space to get lost in. Despite that THE ANTLERS apparently decided to stress their soul and jazz-ambitions with Familiars. With Silberman acting out his in-depth lyrics NINA SIMONE-style, while Cicci adds lots and lots of sound-layers on Lerner’s reduced, commentating drums, you have a lot of the common ANTLERS-sound going on. But the devil’s in the details.

There are simple but effective elements taking Familiars beyond its predecessors. The washed-out guitar, less falsetto, more trust in countering horns and trumpets – all of it serving reoccurring themes. Melodies seem to be circling around in numerous variations within the songs but also over the arc of the whole nine of them, mirroring Silberman’s lyrics. “We’ll have to make our history less commanding”, he reflects in Surrender, contemplating on what this album in all its heartfelt obscurity seems to be about: Ruling or being ruled by our own personal history – and the struggle implied by it. Hotel takes this approach even further finding the narrator “in a strange bed, sleeping with my past self”. Just like the two different yet fateful intertwined characters Silberman created on Hospice, Familiars stresses a duality – more of a spiritual kind this time, but still.

At this point it’s gotten a bit scary on what an abnormally high level the last ANTLERS-outputs have been. With every record Silberman finds yet another angle on what troubles him by simultaneously abstracting it to something highly relatable. His bandmates meanwhile just seem to be getting better and, with Familiars at least, their input even more central to the record’s concept. All of this adding up for just another candidate for the polls at the end of the year. Not because of the heart-wrenching immediacy of Hospice or the grim cynical power of Burst Apart but thanks to a much more delicate and grown-up reflection.

Yet another great one full of subtle development from THE ANTLERS – Familiars may be their most classy attempt to date.