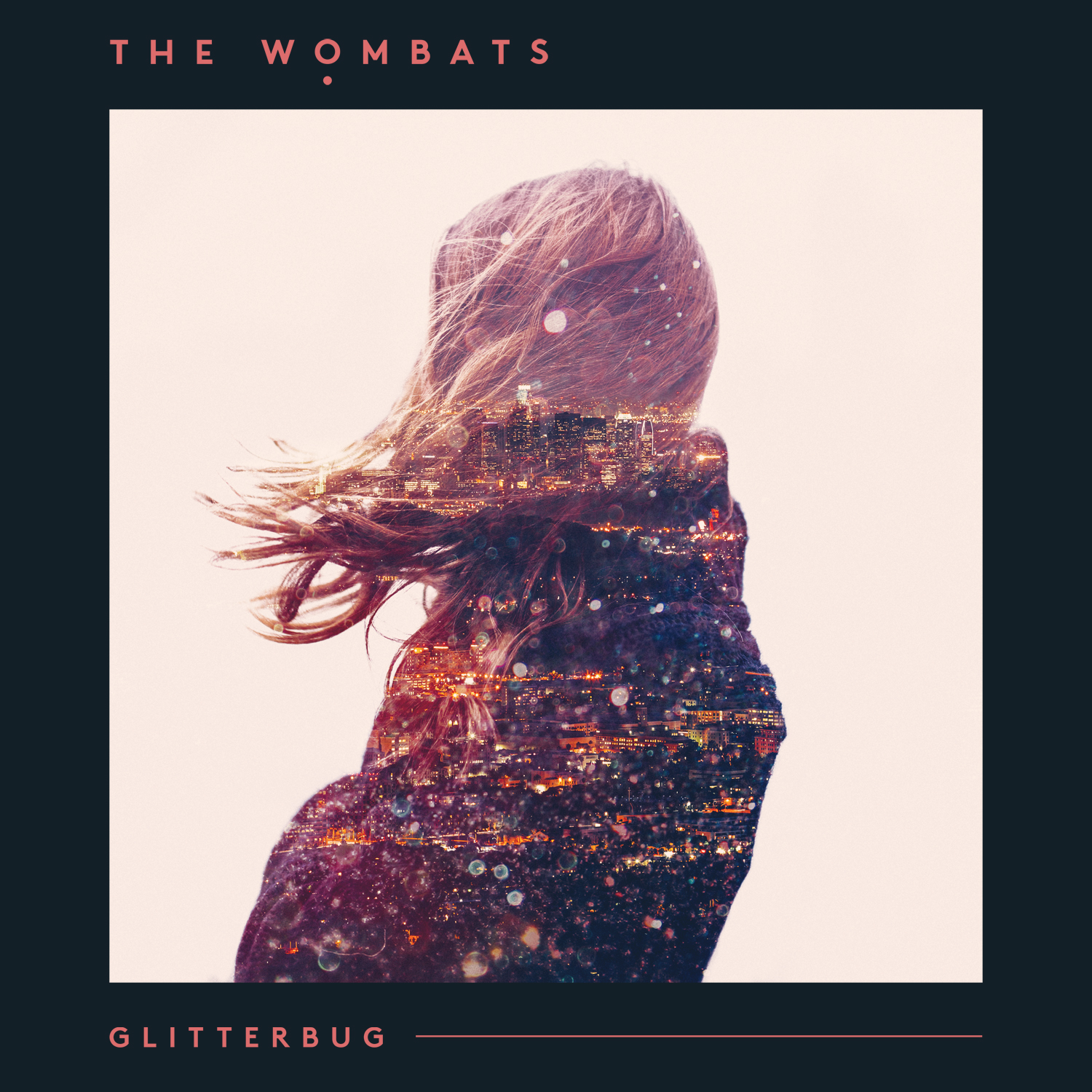 From Liverpool to L.A.

According to Dan Haggis from THE WOMBATS their debut album The Wombats proudly present: A Guide to Love, Loss and Desperation was a collection of songs they played live and you could definitely hear that in their danceable indie rock party anthems like Let’s Dance to Joy Division or Moving to New York and Kill the Director. Their follow up The Wombats proudly present: This Modern Glitch was a lot synthier, faster and of better recording quality but it doesn’t really sound like the band was aiming high and we missed the rougher parts. Four years later there were a view changes for the Liverpool guys, as lead singer and guitarist Murph moved from Liverpool to L.A. because of a girl. This step in his live is what characterizes their new LP and the city was the main influence for Glitterbug. But wait…where is The Wombats proudly present gone? Glitterbug sounds bigger, louder a little glamorous and expensive… just like L.A.? But though he wrote the lyrics in L. A., Dan and Tord did work on the record in London and Liverpool mainly and they sent each other their ideas.

From talented musicians who are in the business for such a long time you probably expect to progress and develop skills. But lyrically the band is still where they were like 10 years ago – it’s juvenile, it’s catchy and it’s all about girls, sex and parties. Combined with all the influences on the record like cinematic 80s disco sounds, unbelievably heavy drums, backing vocals, electronic influences like in This is not a Party and tropical sounds that remind of the CRYSTAL FIGHTERS like in Pink Lemonade. In some songs like Curveballs distorted computer voices appear and it all sounds a bit like sort of a teenage comedy soundtrack. You just really don’t know what you should listen to first and to be honest in most songs it’s just too much at once for the human ear. Isabel, a slow and reduced ballad is an exception.

Dan recently mentioned in an interview with NOTHING BUT HOPE AND PASSION that lots of songs on Glitterbug are about big cities and when you get into it, it’s all shiny and exciting and you are like wow, but after a while when you get into it everything changes. Before I listened to Glitterbug everything felt shiny and I was excited about it as well and I hoped for a Wow, really, but after a while everything changed and it was more like a tuneless, endless, uneventful piece. With Glitterbug the trio sticks with the style of their electric angle placed second record and don’t get me wrong: It’s not a bad thing to find out what you like and stick with it, but this record seems a little lacklustre and we miss danceable paced anthems like Jump Into The Go or the ones on the debut, though The English Summer reminds of THE WOMBATS at their beginning and is perfect for crowd surfing. And their latest single Emoticons could make it on some radios summer hit playlists though and of course on some teenagers’ iPods. The only invention this time was releasing a deluxe version of the record with two bonus tracks that do not differ from the other 11 tracks at all, neither musically nor quality-wise.

It’s no secret that The Wombats are great musicians, but after such a long time of writing and recording one could have hoped for a little more essence and character, not just for more sound effects and more volume.