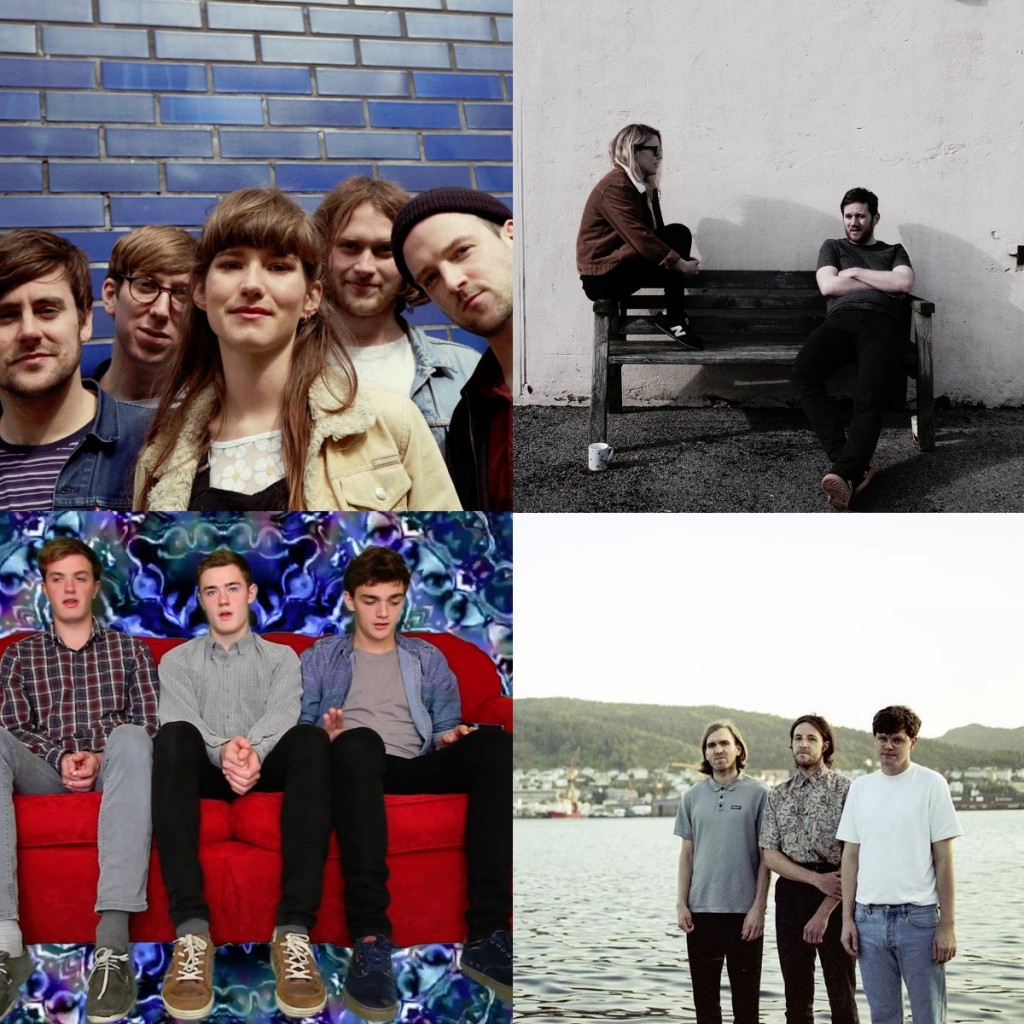 Norwegian band CHAIN WALLET spreads a really soulful 80s indie music sound on their brand new single Muted Colours, we must say. It features the lovely melancholic undertone we’ve come to love from Scandinavian artists and adds a certain drive to the recipe. The debut album by CHAIN WALLET arrives on 7th Oct 2016 via Jansen Plateproduksjon and we think you should put that already on your wishlist.

Night Flowers – ‘Glow In The Dark’

British indie band NIGHT FLOWERS and their singer Sophia Pettit might be big fans of Lost In Translation. At least, that’s the impression we get when watching their new video Glow In The Dark. According to the group the clip ‘intends to capture Tokyo as a living, breathing and sleepless organism, and induce a feeling of jetlagged, punchdrunk euphoria, capturing the alien but beautiful environment and state of mind we found ourselves submerged in.’ And although it might not feature Bill Murray in any form it really is a wonderful piece of music that arrives as a limited vinyl single via Dirty Bingo Records on July 15.

This one is a just-released reissue of the Tony Carey project from 1984. Tony Carey is a talented american producer that is mainly known for its progressive rock works. This project on the other hand, is one of its rare electronic adventure, and influenced many of the electronic music produced in the late eighties. TCP could be often compared to the works of Sakamoto, Hosono, and many other of the periodical soundtrack movement of the early 80’s. Basically, you can consider this a pioneer record. This reissue is the work of Disco Hallal, a new berlin-based label, shining with its exigeant and experimental releases.

We take you back to Lyon with already a new project from LB AKA LABAT that signed on Robsoul Records Swing Du Ghetto. Lots of sample and genres explored in this release, from house to soul through some glimpses of its hip-hop influences. If you need any track to drink your afterwork mojito, this one will just do fine.

Trudy And The Romance – ‘Wild’

Sometimes 2 minutes and 49 seconds are enough. In the case of Wild by British indie rock band TRUDY AND THE ROMANCE it’s just the needed amount of time to get us excited. The pumping tunes recalls the glory days of British indie rock music from the past decade and it’s no surprise that BILL RYDER-JONES stepped up to produce this little gem. And, by the way, doesn’t singer Oliver Taylor sound at least a bit like Pete Doherty? Anyway and just in case music hypes are still a thing in the year 2016: please count us in for this one.

Caroline Landahl, Måns Leonartsson, Adam Agace and Lukas Thomasson are HATER, a four piece from Malmö with a debut EP, Radius, dropping on July 8th on PNKSLM. If new single First Time doesn’t get you excited for that, then it’s possible nothing will: it’s perfectly poised, hazy indie-pop, the ideal song to put on the stereo and get lost in the fuzz.

Listening to Belfast duo HIVA OA‘s new single A Great Height is like being lowered right into the heart of the storm. This song is a cloud of rumbling electronic menace, rumbling drum beats and raw, searing guitar combining to create a song that pulls, tugs and grinds the listener into submission. Their new EP mk2 (part 1) is out on August 5th, and in the meantime you can gorge yourself on the track below.

JOHNNY KILLS is a new small garage-rock formation from Brighton. After a sucessfull debut last month, they come back with a new track, co-produced with Michael Smith. Maybe Next Year is a nice summer tune, both melodic and energitic. It is way too soon if the british trio will stick out in the coming months or if they’ll vanish like most spring sensations. We don’t know, but we enjoy their two songs and wish them the best.