Behind The Song: White Lies – ‘Farewell To The Fairground’ 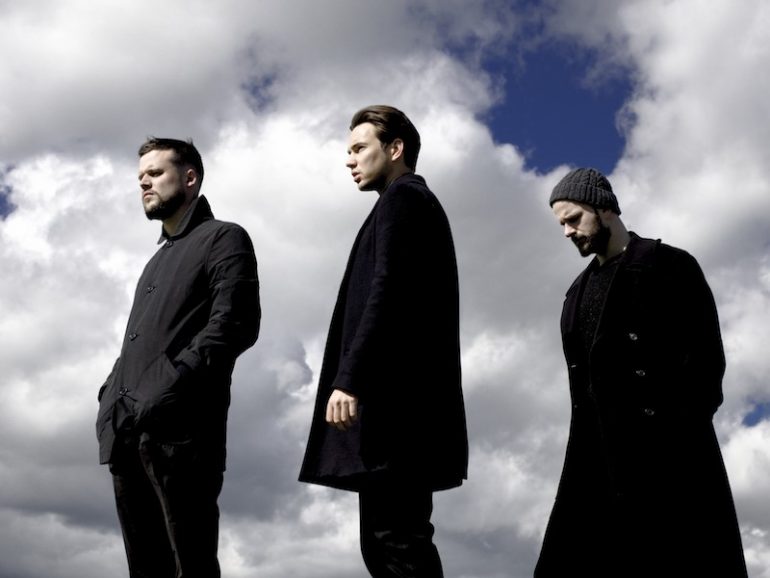 Over the course of the past years many bands from the glorious ‘golden days’ of the 00’s indie days, 10 to 12 years ago vanished but it’s glad to see that there are still a lot of the better bands from back then are still around, just like WHITE LIES. The trio from Ealing, London just released their fourth full-length Friends last summer and just started a massive US tour (find the dates below), making sure to bring their sparkling 80s-infected new wave rock to as many people as possible. The band remains restless and that’s what keeps them moving. And somehow this is also the feeling of Farewell To The Fairground, the beloved single off their 2008 debut To Lose My Life. Exclusively on NOTHING BUT HOPE AND PASSION WHITE LIES drummer Jack Lawrence-Brown reflects on the story behind this important song.

Farewell to the Fairground was, in a way, the first ever WHITE LIES song. It was actually the only song we carried over from our previous incarnation, FEAR OF FLYING, when we changed our name and became WHITE LIES. So its existence actually predates the band in its current format somehow. In fact writing that song as FEAR OF FLYING was the push we needed as musicians to begin our new incarnation; it was so much more complete and mature than anything we had managed to come up with until that point. We discarded all the other songs we had written before, took Farewell to the Fairground in our arms and abandoned FEAR OF FLYING where it stood, to set sail on a new adventure as WHITE LIES. I still remember the MySpace post in which we triumphantly announced ‘Fear of Flying is dead, White Lies is ALIVE’. We have always had a way with subtlety and understatement…

To fully remember the writing of this song I have had to dig into YouTube’s infinite library of things that should have been forgotten and find the original demo – listening back to that now fills me with nostalgia of the most enjoyable kind. It’s interesting to note that the demo version isn’t wildly different to the version that went on to be a the highest charting UK single from a Number 1 album. I suppose that shows that even in it’s earliest form it was a ‘good song’.

We had wanted to write a song that was unrelenting rhythmically and would get people jumping from the first beat, so we had this semi-military style drum beat playing constant 16th notes, which the bass locks into and follows – no mean feat considering how many notes there are and the fact that we were only 17 years old when we started writing it, but Charles has always been a very talented bassist. One big addition when we re-recorded the song as WHITE LIES was the addition of the icy sounding synth melody in the intro which has become a massive hook for our fans. It’s always fun when people chant a synth line instead of a lyric, it makes it feel like a sort of anthem for the football terraces. I remember our producer for the first album, Ed Buller was insistent that we couldn’t have an intro as long as that without a top line, so we sort of came up with that intro riff on a piano in the studio.

The feeling and sound of that melody went on to define a lot of the first album so it was a really important addition.

The middle section breakdown has gone on to be a really defining part of our careers – if a live show goes well the crowd often chant the ‘Keep on running / There’s no place like home’ hook until we return for an encore. It’s become almost a calling card, maybe even bigger than the band has ever become. I still occasionally meet people who know that lyric but claim to not know who WHITE LIES are. The lyric holds a clear reference to Dorothy longing for Kansas in The Wizard of Oz, but it is actually deeply sarcastic as the song is all about wanting to run away from our problems and surroundings for something new and exciting. That feeling is lost in live shows and it becomes a less cynical and more unifying lyric.

‘One of the most important pieces of music we have written’

The breakdown was inspired in part by THE KILLERS’ All These Things That I’ve Done, which slows the track right down and then builds up for a big final chorus, and it’s success all rests on how satisfying it is to sing the hook as the track builds back up around it. The section has a lot of the ingredients that constitute a successful WHITE LIES song: big over the top toms fills (which we based on ridiculous 80’s sounds by PHIL COLLINS and the like, and which we actually came up with in PHIL COLLINS’ producer Hugh Padgham’s studio in Acton – it all comes back around in the end eh), the thick guitar chugs (inspired by THE CARS’ Just What I Needed), the catchy melody and words.

It also features the work of a huge orchestra, which was an expense our record label afforded us on our first album (interestingly, not on any of the other ones!!). It was a totally mind blowing day when we got to go to Air Studios in Hampstead to record them for most of the tracks on the first record. The string line Ed Buller wrote and recorded for Farewell to the Fairground was based on something originally played on a £12 melodica. To be 18 or 19 years old and have parts of a song we wrote in our bedrooms in Ealing being played and conducted in that way in one of the worlds best studios where Hollywood soundtracks are recorded was beyond anything we ever imagined when we started the band. I can’t even imagine how much that cost Universal. A lot, I hope.

In so many ways it has become one of the most important pieces of music we have written as a band. It was the strongest track on the first WHITE LIES demo tape and it was one of 5 songs we played at our first ever gig under that name – it lasted 23 minutes and we signed our record deal the next day. It also birthed a great video which we had to travel to the Arctic Circle to film. It was in Nickel, in Northern Russia filming the video that we got the call to tell us our debut album was number 1 back in the UK. It was so surreal. Vodka shots all round. It’s a song that’s always on the setlist no matter where we are playing. It will remain on the setlist for all forthcoming WHITE LIES shows, and quite honestly probably until WHITE LIES are no more. And then it will be back on the set list for the inevitable reunion shows when we are running out of money. And even after that I know it will hold a special place in our hearts as a band, as the song that really started everything for us.