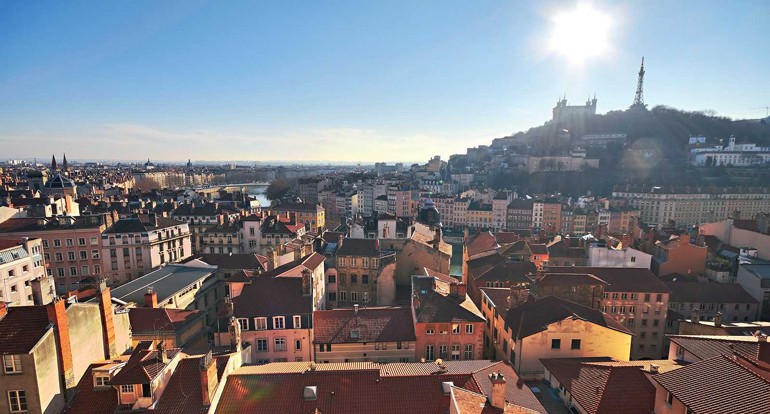 A view from the heights of Lyon.

Lyon might be one of the perfect places to enjoy life on earth, and I’m not being chauvinistic. You’ve got the sunshine, the delicious food, the habit of always hanging out in terraces and most of all a perennial cultural life, endorsed by a generous cultural policy.

An ancient city born again in the recent years

Lyon’s history is huge, and trying to sum it is a herculean task. Back in the days Lyon was mainly known for its silk workers named the “canuts”, living in the heights of Lyon. Nowadays, only Lyon singular urbanism keeps trace of it, as the apartments are now theatres for the youth parties. The new generation has taken its grasp on the city. Despite being ancient, Lyon has lifted its face in favour of the makers and the newcomers. Since the early 2000’s, The Festival of Lights is one of the 5 biggest urban festival in the world, after the Oktoberfest and the Rio Carnival. During this gathering, the whole city and lots of travellers come to Lyon to enjoy various mesmerizing and ultra-modern lightshows across the city. In its previous format, It was just about thanking Marie for saving the city. But Lyon’s true power is in its empowerment of making things new again. 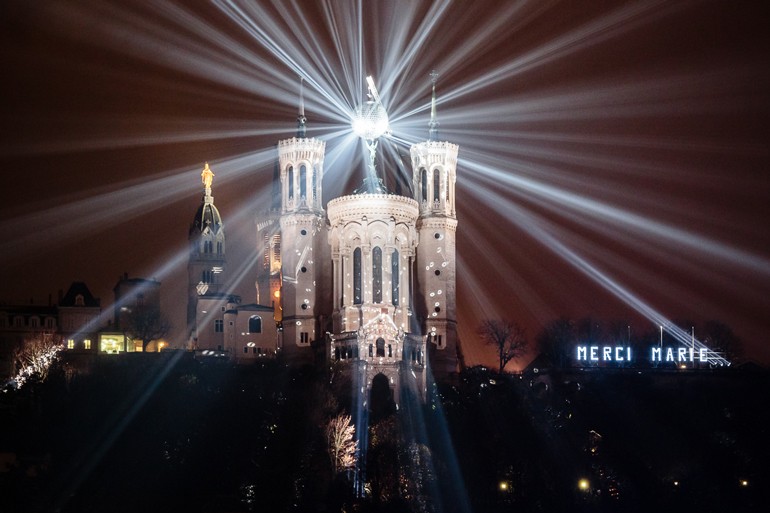 The Fourvière cathedral in Lyon during one of the festival of lights.

Lyon’s biggest act is the Nuits Sonores, the biggest electronic urban festival in France, with a selective and uncompromised line-up. While most of the festival-goers can appreciate the main program in the city’s ancient warehouses – such as a sugar factory and a derelict meat market – the point of this is to make every inch of the city dance at the sound of electronic and indie music. You could find HOWLING live in a boat on the river while GRANDMASTER FLASH is putting a cave in the old city on fire. Curiosity is what defines Lyon, in its culinary as much as in its musical taste. This year, I’ve been enjoying the argentinian cumbia sound of LA YEGROS in a traditional music venue named the Transbordeur, before getting in a 4 stars hotel in the old city to enjoy fresh bottles of wine in its Romanian patios, listening to a free chill set. Music is great because you’ve got many ways to interact with and many others to share it with each other’s, so let’s make the best of that. That’s the spirit of the city.

Lyon is also a great place for all sort of cultures and arts. To prove itself as the true french city of lights – a title often used to describe Paris – Lyon is the home of the shining Lumière Film Festival (ndlr : lumière means light in french) named after the two famous brothers who invented cinematography… in Lyon. As a place to live, the cost of life is quite reasonable and the places to synergize are many. Its numerous art and cultural venues, its ambitious urban policy, and the variety of projects you can find there makes it as a perfect Paris human-sized, only 2 hours away in train from the original. While docksides of both rivers – the Rhône and the Saône – have been rebuilt to be everyone’s promenade, districts like the old ‘Pentes de la Croix Rousse’ or the new ‘Confluence’ are the active and creative hearts of Lyon. A beating heart, younger than ever before, ready to embrace the need for a new way to conceive urbanity in the old continent. 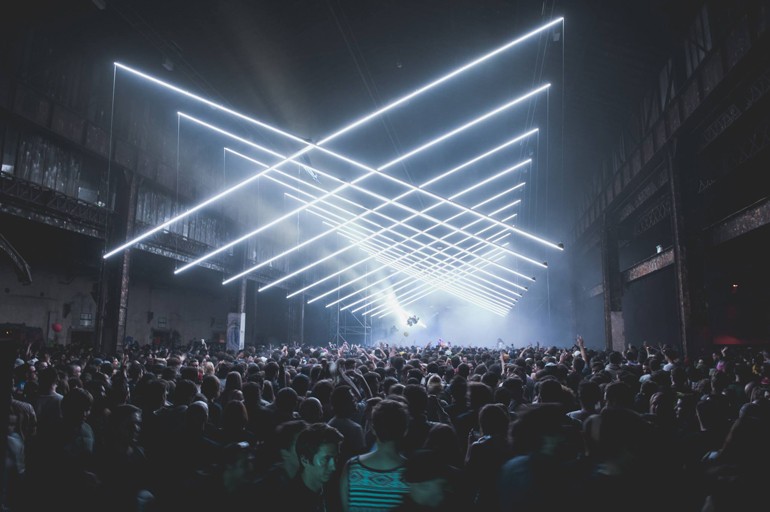 The main stage of the “Nuits Sonores” festival in Lyon in 2016. © Laurie Diaz

A New Generation: The Lyon Mixtape

This openness is a huge shift from the eighties policy, when electronic music and the rave generation was persecuted. Now, more than 200 electronic acts are programed in a single day of June known as our music national day. This progress is due to the fact that the cultural entrepreneurs of Lyon are directly supportive and supported by the current mayor, who’s been running the city for almost two decades. From that much of a fertile environment, you could expect that new music and creation appears. And that’s the case, here’s a peaky selection of the finest electronic talents you can hear within the walls of Lyon.

LB AKA LABAT just released his new album, and all is made locally. It’s the first album published by one of Lyon’s most famous record shop, Groovedge. He is playing alongside TODD TERJE, PABLO VALENTINO and FUNKINEVEN in June, and had the support of the influential L.I.E.S Records. A newcomer that soon won’t be.

J-ZBEL is one of the members of BFDM Records, one of the new trendy labels of the city. He has been headlining the last Nuits Sonores, playing just before POWELL. His music is inspired by the jungle and the raves of the UK nineties.

Let’s go with something more groovy this time, with the collective MACADAM MAMBO. Perhaps the best disco entity of the current scene, releasing both edits and new music.

The militia is a discrete entity, it’s the Paranoid London of Lyon. Its music is an exigent techno that never compromise.

A few months ago, during the Transmusicales 2015, we were very enthusiast for MIDNIGHT RAVERS. This malitronica as they like to describe, is a perfect representation on how wide the sound identity of Lyon is.

Let’s finish with the indie-pop scene of Lyon. The scene is really tiny, less shining than the stuff above, but nonetheless worth listening. Things are moving, but at the indie pace. HOLY TWO is perhaps the biggest name over there, but other formations like COLLECTION or YEAST also deserve a shout.