BROKEN TWIN captured our hearts with the minimalist piano ballad “Out of Air,” a track off her “Hold on to Nothing” EP.  The soundtrack to all you did not do, Majke Voss Romme has a haunting voice that is trembling and throaty, over painfully wistful piano.  It’s the most stripped out and bare kind of Southern gothic folk, via Copenhagen.  At the SPOT festival in Århus, Nothing But Hope And Passion caught her much buzzed about set. We sat down to talk to this precocious and thoughtful 24-year-old about decisions, duality, and the fact that that which is beautiful is also fleeting.

Being a singer-songwriter, you touch on themes that are personal. Have you ever had any extraordinary connections from singing about deep subjects?
I always write from personal experience and I always try to put a lot of myself into the music. So I guess, as you say, it makes the music a bit intimate. I also think it’s the way you get close to other people, when you open up and give something of yourself. So I definitely feel like I get close to people through music.

Any interesting reactions from fans at concerts?
There’s been some people crying, which can be a bit overwhelming. It’s nice that it means something to other people, I really like that.  It’s always nice when people say that it moves them in some way.

Beach or mountains? What do you prefer?
That’s a hard one I guess I would say… I’m really bad at picking something over other things. I like both, I would probably say beach. I’m not even really sure why.

So you’re bad at picking things? You’re bad at deciding?
Definitely. It’s a big problem for me. I hate picking something from something else because it means there’s something you’re leaving; I think that can be really difficult. Unless you know exactly what feels right.

And who knows that, right?
Often it can be tricky.

What is your musical training?
I had piano lessons when I was younger, and I attend a music school now. I study at the conservatory of Copenhagen.

All in piano?
It’s actually a study focused on writing songs. It’s more like getting together with other people who write songs and hearing each other’s music and getting inspired by each other.

Any specific type of songwriting?
It’s everything.

Does it work well?
Yeah, it does. Well, it works because you get to have a lot of time focusing on making music.   Also it’s very inspiring, just hearing other people’s music and listening to a lot of different music.

What are the people like in the program you are with? What kind of music do they play?
I’m there with a girl called CÆCELIA TRIER who had a project called CHOIR OF YOUNG BELIEVERS and now has a project now called CTM. She plays something else than me, which is really nice. I mean, I guess we are five people now in my class, and we are all very different in types of genres and approach on how to make music.

Only five people?
That’s also a very good thing because there’s the chance to get really close to each other and to spend time listening to each other’s music.

What is a reasonable amount of times to have your heart broken to make you a good songwriter?
Well, it’s always nice to have something to write about. Relations are always inspiring in some way. At least you learn a lot from every time you meet people and go through a broken heart for instance. I’m not really sure if I can give an exact number.

What’s the music you listen to nowadays versus the music you listened to when you were ten years old?
Well, I grew up in a very provincial city; so most kids would listen to SPICE GIRLS and whatever was played on the radio. As I got older, I started to meet people who were interested in alternative music and getting introduced to different types of music. I listened to the stuff most kids would listen do. I also had my father playing piano with me, he would play very traditional, classic pop songs, like “Here, There, Everywhere” by the BEATLES. I grew up with both things, I guess, the stuff that everybody listened to and then the more classic pop songs.

What about the name, BROKEN TWIN?
I don’t really remember how it came up but I think what I like about it is that it’s not a one-dimensional name.  I know that people say they get pictures or ideas of what it could mean, but I feel like it’s still a very open name, very open for interpretation. I really like that people come up with their own interpretations for what it means.  I’m very inspired by dualism. I think there’s some dualism in the name; it kind of reflects the music.

What fascinates you about dualism?
I just find it very inspiring, that there are almost always more sides to things. Especially things that are very beautiful in life, almost always hold something sad too. There’s a Japanese saying for that dual perception, mono no aware, which means “beauty tinged with sadness.” When something is beautiful, there’s a sadness to it because you know it’s not going to last.  Everything is just something we have right now. Also when something is very sad there is always, or mostly, something beautiful to it as well because there is often a bit of hope. I just find that very inspiring.

When you think of things being fleeting, what are some beautiful things that you think are sad?
It can be anything. It could be relations, when something feels very good it can also feel a bit sad because you know it’s good only for a moment. I feel like most of the time, you try to hold on to something that you know is not going to last. Not saying like a love relation or something like that but everything eventually goes away or passes and there’s just something a bit sad about that.

What do hope and passion mean to you?
Passion means ultimately- I’m very passionate about what I do with my life. I’m always really fascinated by people who are passionate about the things they are doing. I think it’s very important that you choose something to do with your life that you really feel for, not matter what it is, as long as you feel that it’s meaningful to you. I think if you can find meaning in something then it’s easy to be passionate about it.  And hope, it means everything.  That’s what makes life worth living almost: that you know you can almost always find hope in situations. Life is like this always [makes an up-and-down wave sign with hand], it’s nice to have hope when you are here so you can get here. 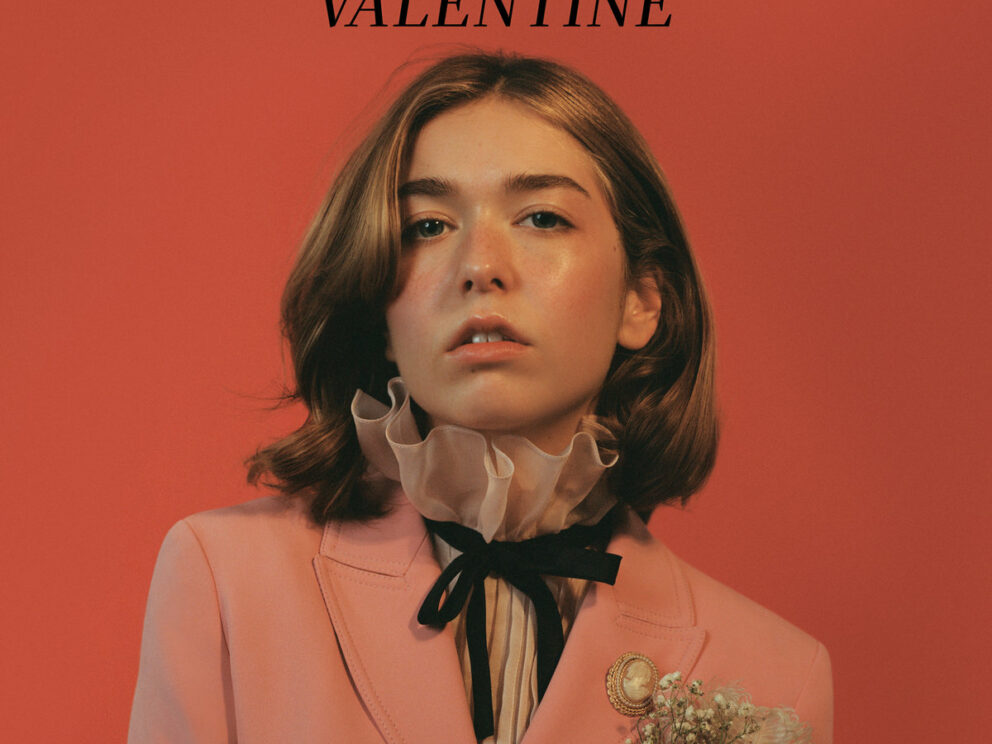 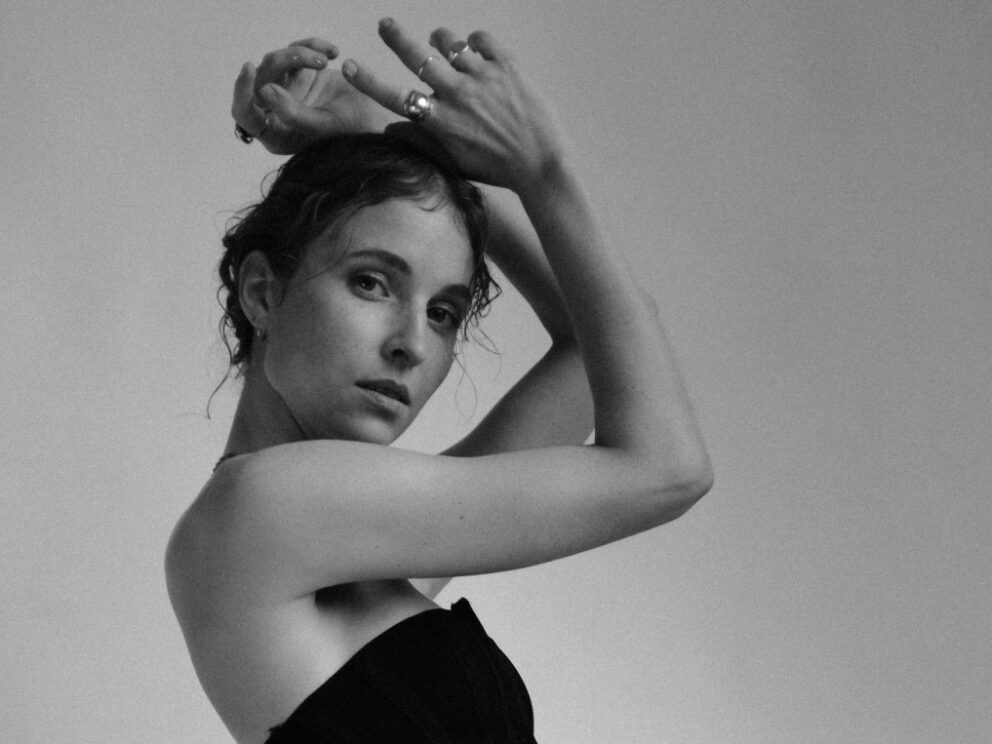 The powerful "In My Head" is opening this week's newcomer selection which also features music from bright young talents like Alice Pisano, Amilli, Evil House Party and Alien Surf Girl. Make sure to check it out. 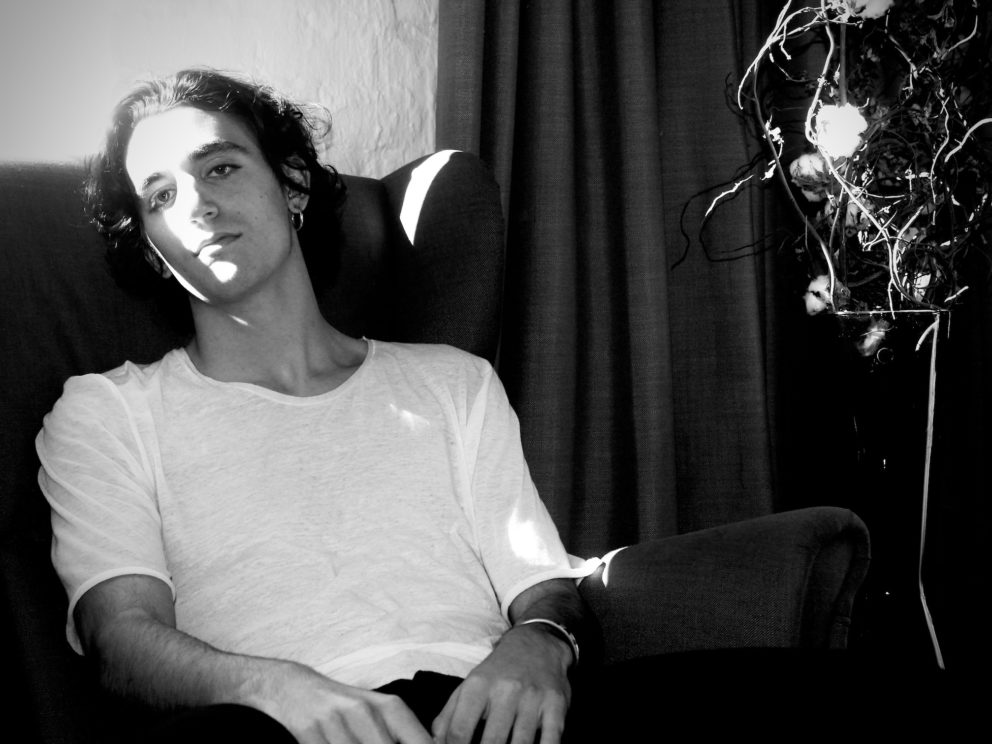 Introducing Tamino: Belgium’s Brightest Talent On His Grounding And Aspiration

Sometimes, it only takes a few notes to be completely captivated. Tamino’s debut album 'Amir' certainly proves to be one of these moments where you instantly feel that the rich textures to come as well as the soothing vocals, often in falsetto, will stay with you for a good while. After having released his 'Habibi' EP earlier this year, the Belgian born newcomer of Egyptian and Lebanese heritage has made an impressive step forward with his debut LP that explores Tamino’s rich traditional Arabic background as well as his love for pop music.