Dealing with the sudden changes and, at times, tragic events in his life hasn’t stopped Caribou mastermind Dan Snaith from radiating kindness and a sense of calm when welcoming us in his label’s office after a long day of press. No sign of tiredness anywhere near. In fact, it is quite the opposite and the energy to talk about his new album is clearly unbroken. And it is not the sugar rush that is to blame this time as Snaith swears he has not touched a piece of chocolate that day:

„I don’t drink, I don’t smoke, I don’t do drugs. Sober entirely and I have been my whole life, but I’m addicted to sugar. I have a really sweet tooth and I’m constantly trying to temper that down. In the studio, I’m coming upstairs and my wife is like – you just ate six chocolate bars and now they are all gone – while I’m like, oh, I didn’t even realize I did that. When I’m on tour with my bandmates, we have a big rider. They always know when I’ve been in the room because I’ve eaten all of the chocolate. I’m trying to stay away from it. My wife is always like, Dan, you idiot. It’s the demon in our society.“ 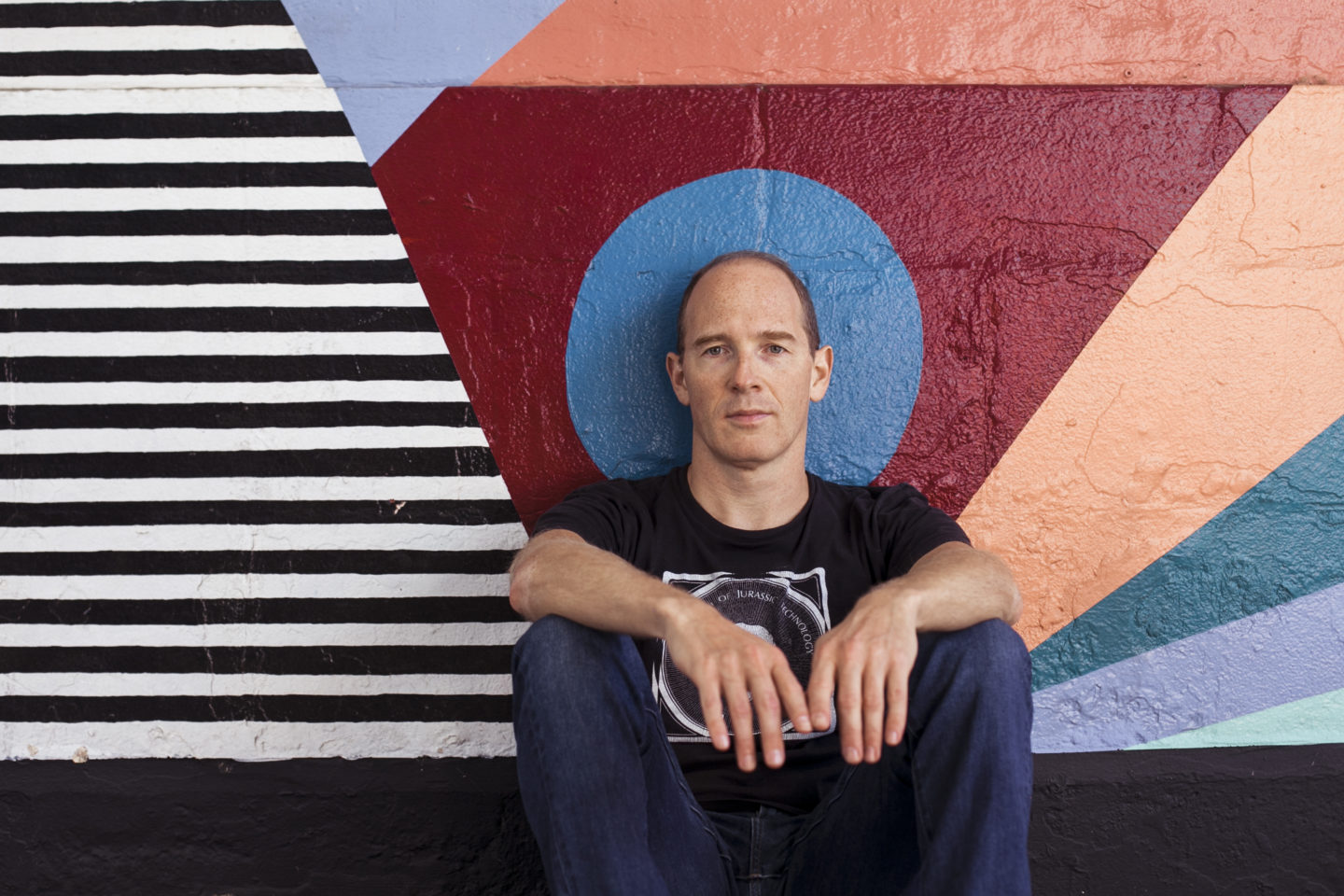 Dan Snaith’s laughter fills the room and he comfortably leans back on the large sofa – visibly at ease – before turning his attention to more serious topics when remembering the bumpy journey on his way to creating these new songs on Suddenly. A journey that saw him facing many personal difficulties and navigating unexpected events as he tells us:

„Music can be comforting and be healing and nourishing. To me as well when I’m making it. Through these difficult times, it can be a kind of therapeutic process. There is all these sad things that have happened, but the album doesn’t really sound sad. It sounds hopeful and warm and optimistic. Because it reflects being able to show that burden and care for people.“

‘Surprises can be good and bad. They can take you out of your kind of blinkered view when something really unexpected happens that forces you to look around and reassess.’

Opening up some more, Snaith shares what made him look at his own life more closely and eventually what caused him to write songs not from his own perspective, but through the eyes of his loved ones:

„My wife and I have been together for 20 years now and I’m as close to her family as I am to mine. We are all part of the same family. There was a death from a heart attack in her family from somebody not much older than me and it just tore her family apart. It is then when you look around, reassess what is important and what is good and bad. ‘Cloud Song’, the last song on the album, is about keeping the people that you love close to you and not letting that time slip away from you and making the most of those moments.“

Stepping outside of that fear

These experiences remarkably shaped Dan Snaith’s approach to songwriting while working on Suddenly. While creating music can often be a very isolated and self-centered process, the chosen angle was far from any of that for the Caribou mastermind:

„In the new songs, in these particular scenarios, I constantly found myself in the supporting role when my wife’s parents were dealing with loss and all the difficulties they wanted to talk to us about it. I wasn’t the protagonist in this story, although obviously all of these things were emotionally hard on me as well, but my role was to be there and understand. To write it down on a piece of paper trying to think is this what they are experiencing? Is this what this moments means to them? I haven’t really articulated that before, but I guess that is why it is from that perspective a lot of the time. That was my job – to understand what they are going through and support them. I’m not sure I’m particularly good at it. It requires stepping outside of yourself. Stepping outside of that fear. That kind of prison of self that we are all in.“ 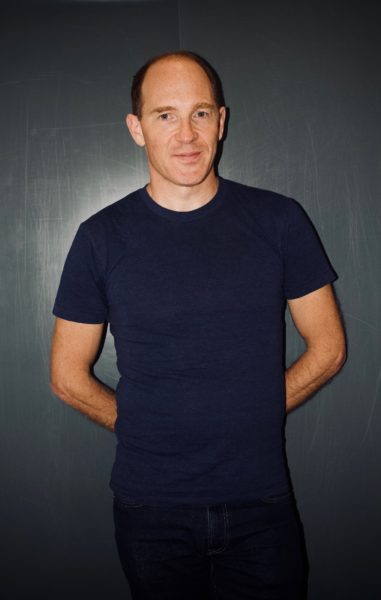 Musically, this process also included accepting that the hundreds and hundreds of song ideas Snaith created in his home studio were not all particularly useful in a sense of contributing to his artistic growth. However, in a sense of guiding him into new directions and making the most of these mistakes as Snaith reveals:

„A good surprise is when you have these kind of mistakes and musical happenstances that happen in the recording studio, where a mistake triggers something different and unexpected and often a sample can do that. It can take music off in a totally different direction. There are lots of times I use a sample and then it’s not in the final song, but it has still changed the direction that is outside of my lens of looking at things. Mistakes are a really productive thing in a creative endeavor – in music as well as other things.“

‘I have the feeling of constantly trying to hold onto and it’s always kind of slipping through my fingers. That thrill of making music and the feeling is always a chase. Chasing that feeling of – oh, this is really working.’

For an artist who has been buzzing with ideas for a long time and over the course of seven studio albums, Caribou is probably the most self-aware he has even been now when judging his own work:

„I made so much music and so much is fun to make, but it’s not worth releasing because it is not going to add anything to the music that I’ve already made. I have this acute awareness as a music fan that as people get older, their music doesn’t get better. Almost universally, it gets worse. Normally, people’s best music is made when they are young. We all know this. Everybody who is interested in music knows that on some level. To be making music and acutely aware of it as a fan, I’m just constantly fighting. Fighting to hold onto this. I think this is why my albums get longer and longer.“

Once more, his open-hearted laughter fills the room while Dan Snaith goes on to explain:

„The first test that my albums have to pass is that test of mine. Does it add something new to what I have done? Does it meet that bar that I require for stuff that I have made in the past? It gets harder and harder to reinvent myself again or find some new way because we all have habits and tendencies. That is what makes the music that I do my own in some sense, but I don’t want to be in the same treadmill doing the same thing. I’m desperately trying to hold onto that fire for music, that passion and that belief – whether it is misguided or not – that I can contribute something to music and not have it go away.“

The sense of the real you

Suddenly is an album that clearly reflects this state of mind not only coming from an experienced musician, but most importantly a music fan. Sometimes, the changes from one album to the next can be rather subtle and still have a more lasting effect. On his seventh album to date, Caribou has now reached a place where he can confidently explore himself and the music that carries his handwriting:

„As a music fan, a lot of the music that I make is, especially early on, in reference to some other music. I have changed so much and I got a better sense of what makes the music mine now. All that stuff can be happening in the background. I can focus on what is new that I can add to it without worrying about losing anything. When there is a pop artist that does such a radical reinvention of themselves and everybody is like ‘oh no, that was not good luck’, I feel like that comes from a lack of confidence. I can imagine that people want this from you, but it is not really you and you don’t know what the real you is. You can get kind of lost in that.“

‘I have a pretty good sense of what makes my music mine. It gives me the freedom to experiment with the knowledge that I can always connect the dots because they are coming from me.’ 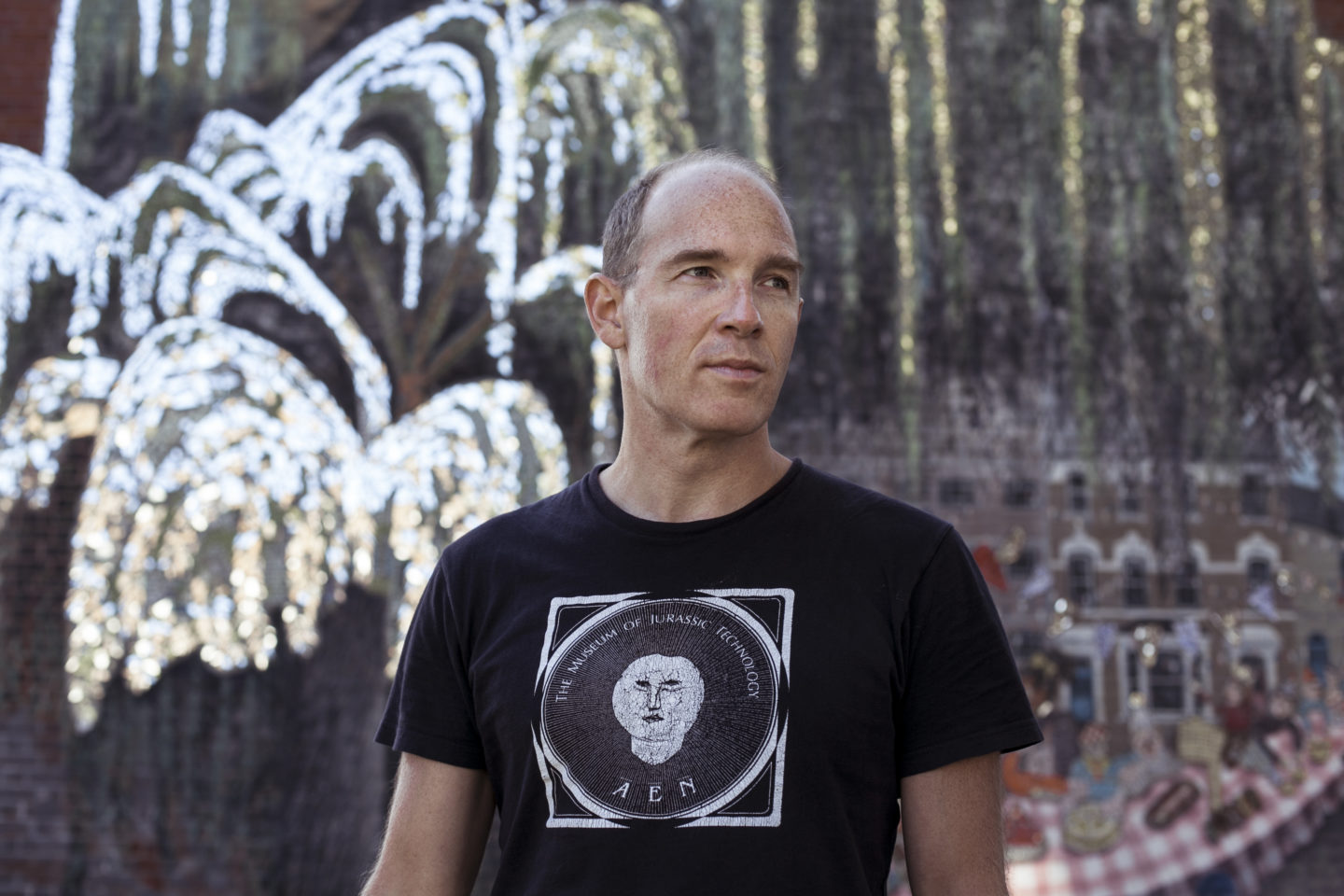 Speaking of confidence, there is one aspect in his work that Caribou has learned to understand more deeply than anything: his voice. On Suddenly, Dan Snaith sings on every track of the album for the first time ever. Quite an achievement for the humble musician who is not disillusioned when it comes to the strength of his own voice as he admits to us:

„With my voice, it has really been a process. I have started taking singing lessons actually and that is really interesting. To find and understand exactly what your limitations are, the constraints around my voice and how I can push them. I desperately want to sing on my records. The thing that has helped me over the years a lot is finding those other people in music who have an imperfect frail, vulnerable voice that isn’t a singer’s voice and learning from them. The biggest one of them all for me who has a beautiful voice, but an unusual singer’s voice, is Arthur Russell. I return to that over and over again. For a million reasons his music is so creative. The first time I heard it, I felt like he is not a singer in the traditional sense. He uses the kind of emotional vulnerability of his voice and doesn’t do a million takes to get it perfect every time. It is very raw and open in that way.“

Dan Snaith may not be a singer in a traditional sense either, but there is no need for him to be one either and the songs on Suddenly benefit from the laidback, careful and warm vocal performance that blends in perfectly with the music. Instead of being restrained, Dan Snaith exactly knows how to use his voice in his favour:

„I learnt more about my own voice and felt more comfortable about it, but I think limitations can be a good thing. It forces me to get that emotion into my voice without it being easy to do. I really have to work for it and make it happen through sheer will. I realized now that the thing I used to think was negative, can be a positive thing for me.“

Suddenly will be released via City Slang on February 28th.