Few people would have expected the future of electronic pop to come from a small channel island called Guernsey. It must have been a surprise to Alex Crossan too when his first mixtape Soundtrack To A Death caught the attention of German label Jakarta Records, who released Crossan’s first works as Mura Masa to widespread acclaim. The exotic textures from synthetic steel pans, harps, xylophones or flutes soon became a hallmark of his sound, but just as impressive is his ability to adopt just about any style of underground electronic music.

Although from the very start, Mura Masa’s tracks showed an extraordinary gamut of different styles and textures, it’s only on his self-titled debut that he gets to expand on them with the big names of today’s pop music: be it on the tropical Love$ick, a rework of a track from his Someday Somewhere EP with A$AP Rocky, or the unashamed pop of 1 Night, which fuses Crossan’s production sensibilities with a powerful vocal of Charli XCX, the album serves as a testament of the manifold cultural influences he has been exposed to after moving to London. NBHAP author Louisa Zimmer met up with Crossan to listen to and discuss some of the waypoints of popular music culture from UK and abroad.

Alex: I love The Smiths. They started my love for UK music specifically, because what Morrissey is talking about and the whole attitude is about dreariness. You know, they picked the name ‘The Smiths’ because it was the most boring thing they could think of and it reflects even the weather in the England being really awful. I think getting into the Smiths was the beginning of the start of me really understanding what UK music was all about.

The majority of all Smiths songs are about not knowing where you are or what you want to be. So do you think that had something to do with growing up in Guernsey and maybe wanting to get out?

Alex: Definitely. When I really got into the Smiths was when I moved to Brighton for university at 18. I think it really helped me understand where the UK was coming from and, as you say, not quite knowing where you’re coming from, what’s going on, that sort of thing.

Having been in metal or punk bands, did you ever have that feeling in your teens that you need to get out of that island or wasn’t it that strong?

Alex: Obviously, Gorillaz is a super important band to me. That album specifically as well, because it was the first album I ever bought. It’s a really good example, kind of a mirror of UK culture. There are lots of different sounds and genres, also different guests from different backgrounds and countries, so I think that was an important album to me. It’s a truly collaborative project.

Damon Albarn, who’s one of your influences, is featured on Blu. How did that feel like? How did you make the contact?

Alex: Well, originally, he wanted to talk to me about working on the new Gorillaz album which just came out. So we were talking about that and sending ideas back and forth and eventually it just turned into him being on my album rather than me being on his. It’s super important to me that he’s on there because the turn of the album and the collaborative nature of it is all reflective of that era of Gorillaz music, so it’s super nice to have him on there and to close out the album with him as well – he’s on the last track.

I’ve read that you also sent him stuff for the Gorillaz. Did that end up on Humanz or not that you know of?

Alex: No, not that I’m aware of. He’s releasing alternate versions of the tracks somewhere in the future, but I don’t know if I’ll be on any of those. My guess is no though, because I think he ended up handling almost all of the production on the album. But yeah, super exciting to do anything.

Alex: I just love how he does his own shit. He played all the instruments, he did it all himself, that was really inspiring to me as proof – one man can do it. Not that collaboration isn’t important, obviously it is – but that was inspiring to me, putting my own voice on the record and just having the confidence to do stuff on my own.

But did you embrace that after his death, before making the album directly?

Alex: Yeah, it was mainly after he died, I went back and listened to a lot of Prince, and that really influenced the record a lot, I think. I was doing stuff throughout the whole record, like using the first take of stuff like Prince would do, or improvising things like the guitar solo at the end of Messy Love, that’s all improvised, first take, and on the Jamie Lidell track Nothing Else, he improvised the vocals at half speed and sped them up like Prince used to do, that sort of thing. So there are sprinkles of him all over the record.

Obviously, the album is collaborative, but you’ve done all the stuff except for the vocal tracks, it’s like a one-man project.

Alex: Yeah, all the production, all the recording, all the instruments, that was me.

And in the live versions, there will be one girl travelling with you.

Alex: Her name’s Fliss, it used to do Bonzai, but Bonzai’s busy with her own project now. So I’ve got this brilliant girl called Fliss who comes and sings with me, just to add that front woman presence who’d do the guest vocal bits rather than playing them off a track. 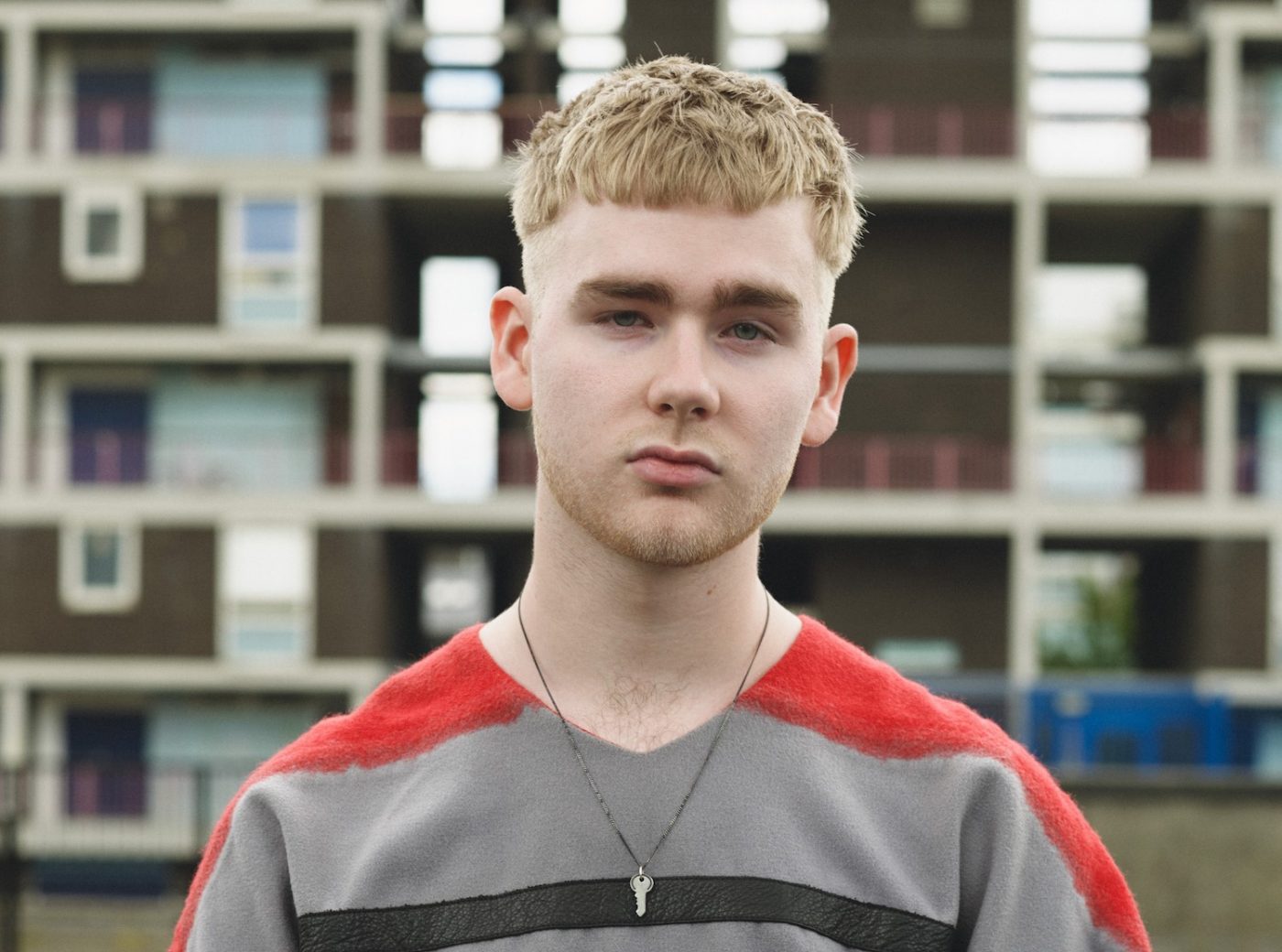 Alex: I just like that element of an album really being an important way to make music. Especially with Good Kid, M.A.A.D City and To Pimp A Butterfly and stuff, just the concepts of those albums and how cohesive they are is really inspiring. But also, Kendrick’s constantly experimenting for as big an act as he is, I think he’s always switching up his sound and trying new things, which is super exciting and I love that about him. I actually got the chance to meet him in LA and I played him some music. It was like 15 minutes – super crazy to actually speak to him a little bit.

And he liked it, probably?

Alex: Yeah, he did. I don’t know if he’ll ever use any of the music but probably catch me on this.

What do you make of the new record?

Alex: I love it. I still need to really listen to it a lot more because I played his other albums like hundreds of times. But this is amazing, again he’s just totally switched up his concept. What a guy, what a guy.

The next one is a special one, it wasn’t on Spotify, and you said it would be the song to play at your funeral. (plays the track)

Alex: (laughs) It’s such a weird one. I don’t know, me and my brother used to listen to them – Bump Of Chicken – all the time. That song just makes me think of childhood.

How did you find the song?

Alex: God knows, I don’t know – how do you find any of these things? It just reminds me of being young and obviously it feeds into the whole Japanese culture thing.

Your notion of what Japanese culture was like came from Nintendo and stuff, and now you’re able to travel there. So how that develop – did you get any new impulses from actually being able to go there?

Alex: Yeah, it’s interesting, because I thought, quite often when you go somewhere you have expectations and then, when you get there, it’s actually very different. But with Japan, I got there and it was exactly what I thought it would be. So it didn’t really change much, it was just good to actually go there and take it in in person.

When was the last time you were there?

Alex: Last year I played a festival there called Fuji Rock. We stayed for a few days afterwards, just had a look around. It was amazing.

When I was 11/12, grime was more of a chart thing on X Factor, so was that actually a part of you growing up or are you only listening to it now?

Alex: With me, it was more UK Garage, earlier stuff like 2000/2001. I was really into garage music when I was young, but from that kind of comes grime music. So yeah, it’s always been something I’m interested in, but it’s really interesting right now, because there’s a rebirth in the grime scene.

In an article in the Guardian, it says that a lot of pop music or electronic music videos borrow that aesthetic of grim London council state stuff. Would you approve of that?

Alex: But that just is London. It’s not like grime owns that, normal people live in those kinds of houses, so I wouldn’t say that grime has ownership of that. But I would agree with the fact that grime is the first scene to really put that kind of aesthetic forward and propose that it’s actually quite cool. 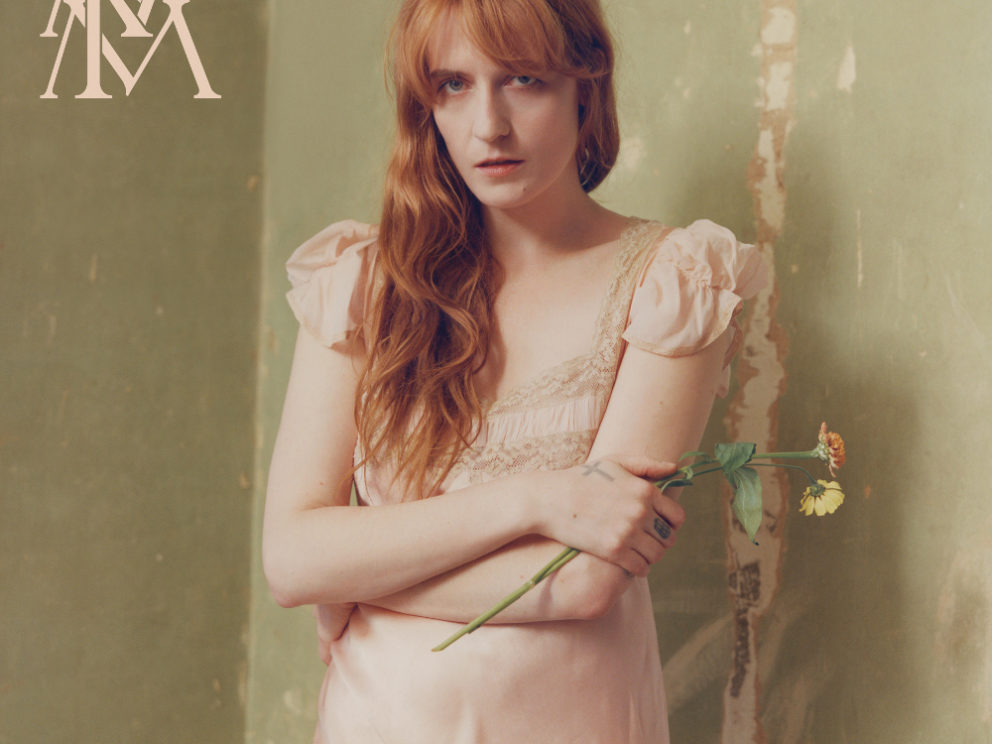